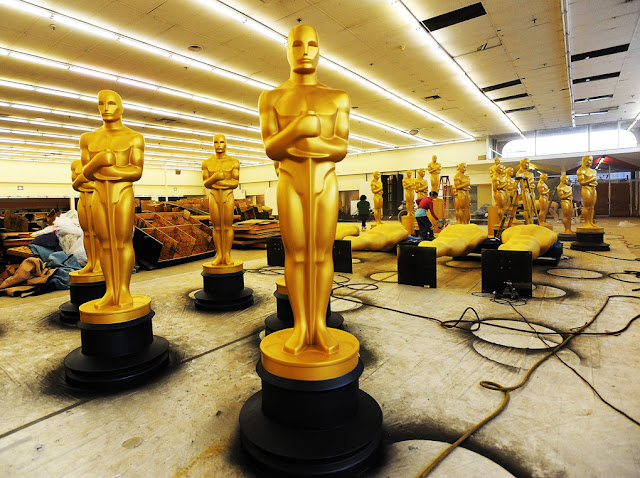 “What is fame? The advantage of being known by people of whom you yourself know nothing, and for whom you care as little.” - Lord Byron

The Oscars are about to be awarded again, and looking at the list of nominated movies this year leaves me rather uninspired on the main. In terms of the whole brouhaha surrounding the Oscars, the ceremony, the attendees and the lists of famous guests, every year seems to grow more tiresome and boring. The way that the US film industry has created the myth surrounding Hollywood and its star system feeds on events such as the Oscar Award Ceremony and for people away from it all, it is a little hard to take seriously. The choice of “Best Movie” award every looks like being more than a little arbitrary and motivated by a host of behind-the-scenes machinations. And how often is it that some remarkably good movies are entirely ignored…

Seeing “The Social Network” as one of the candidates has given me the willies. On principle I refuse to see this movie, just as on principle I refuse to have a Facebook account. The whole surge in popularity of this decidedly flawed and misused social networking site is quite astounding and despite all of the user horror stories that are aired worldwide, more and more people persist in joining and many more of them join the ranks of the disgruntled. Admittedly there are many more satisfied users, but I guess my beef is against monopolies that become behemoths and can do whatever they like with impunity. Such was the case with Bill Gates’ Microsoft until it started to be seriously challenged by Apple and other platforms.

I am also rather suspicious of “accidental billionaires” who seem to have made fortunes out of a single serendipitous venture and who are then lionised by the media and fêted in general to the extent of having biographies written about them while they are still in their twenties: “Lived boring childhood; went to College (Harvard though it was); had fun studying; had a good idea; made lots of money; still lives the same old life…” And then there’s a film about it, which will get the Oscar? Please, wake me when it’s over!

Hmmm, having re-read all of the above perhaps I come out as a bitter, old fogey who is shouting “sour grapes” at the top of his lungs.  However, my polemic is not self-motivated and underlying it all, I guess is the premise that to be successful as human being and to have lived a fulfilling, useful life does not go hand in hand with having fame and money. My objection is that our society is increasingly equating living a successful life with having money and being famous.


**********
Well, at least “The King’s Speech” won the Best Picture Oscar, I’ve just heard. Just as well the other one didn’t! I have spoken to several friends who have seen “The King’s Speech” and by all accounts it received very good reviews from them. As I trust their judgment, this is a movie I shall see.
Posted by Intelliblog at 02:25