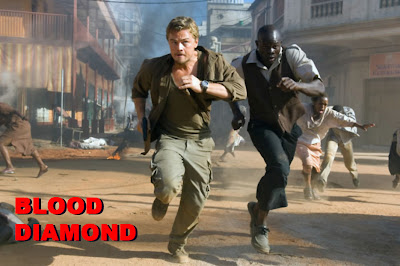 Thanks to all of you who have wished me well in my travels. It was another gorgeous day in Sydney, although I am not seeing much of it, spending most of the day in the dark in a conference hall staring a ta presentation screen. However, the up side is that the presentations and delegates are really top notch, with people from the Mayo Clinic, Harvard, Oxford, McMaster University, University of Sydney, etc. One of the most rewarding personal findings that I garnered from this conference is that there is tremendous energy and vision in the traditional complementary and alternative medicine (TCAM) areas and that research is happening at a fantastically frenetic rate in these arenas. The other reassuring finding is that Australia is a world leader in these TCAMs. More and more representatives from the western, orthodox medical system are taking heed of all the activity in the TCAM area and there many collaborative projects in integrative medicine. I hope to cover some of the interesting presented research in the diet and lifestyle area on my food blog on Friday – stay tuned!

Having decided to have a little break at afternoon tea time, I am posting my Movie Monday blog, which is a film I watched at the hotel on cable last night. It is Edward Zwick’s 2006 film “Blood Diamond”. I had heard good reviews about this film when it first came out, but had missed out seeing it at the time. Well, it was great to finally see it last night and I have only good things to report about it.

I must admit that I am not a Leonardo di Caprio fan, but in this role he shows that he has enough acting ability to mature into a fine actor indeed. In this film he plays Danny Archer, who is likeable rogue that weaves his way though Africa in the illegal diamond trade in 1999. The film is set in West Africa (Sierra Leone) and traces the vicissitudes of entire populations as civil war rages through their country and as rebels fight with government troops for supremacy. Financing this slave labour that looks for diamonds, which are then illegally traded across the border by “Soldiers of Fortune” like Danny Archer. Needless to say that such blood-stained diamonds grace the fingers of Western populations who don’t bother to know the history of woe that each sparkling jewel hides within its depths.

Djimon Hounsou plays Solomon Vandy, a native who only wants the best for his family. They are caught in the middle of the bloody civil war and as the family is split, Solomon is bound to discover that there are worse fates than death for his teenage son. Jennifer Connelly plays a US journalist trying to expose the illegal diamond trade and doing some serious soul-searching along the way also.

The movie is violent, gut-wrenching, realistic and confronting. Scenes in it hit the viewer with the power of a fist in the belly and what it makes so much worse is the knowledge that it is all based on the harsh reality that still is the status quo in many African nations. To a certain extent, this film reminded me of the 2005 film “Lord of War”, which I reviewed some months ago.

This film is bound to shock and distress many people, but it is a film that should be seen. We ignore Africa at our peril. We remain silent about third world country problems and these problems will knock on our door shortly. We fail to act on matters of grave humanitarian crisis and our own humanity is compromised.
Posted by Intelliblog at 19:00