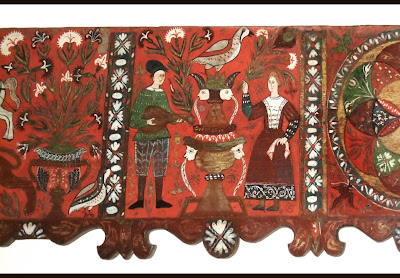 “Civilization is a limitless multiplication of unnecessary necessities.” - Mark Twain

This morning we had programmed to visit the Castle of the Knights and its associated museums. We walked up from Mandraki Harbour and we entered through the Gate of Freedom (Pyli Eleftherias), in Symi Square. The Gate was opened in 1924 by the Italians, who looked on themselves as liberators of the island from the Turks, hence the name of the gate. Immediately opposite this gate are the ruins of a Temple of Aphrodite, dating from the 3rd century BC, one of the few ancient remains to be found in the Old Town. Behind the temple is the Inn of the Tongue of Auvergue, built in 1507. The outside staircase leading up the front of the building is a purely Aegean architectural feature, owing nothing to Western influence. The Inn is used today as government offices.

To the left, Arsenal Gate leads to the commercial port. Symi Square. is also known as Arsenal Square, as it was believed that the Knights had shipyards there (the word “arsenal” is derived from the Arabic word dār-as-sinā‛a for a shipyard; a Greek word “tarsanas” from the same origin is still used and has the meaning “shipyard”). The building on the right houses the Ionian and Popular Bank on the ground floor and the Municipal Art Gallery upstairs. From here the street climbs slightly to Argyrokastrou Square, a pretty spot with a fine fountain in its center. Its base, which is an early Christian font, was found by Italian archaeologists in the church of St. Irene near the village of Arnitha. The pile of cannonballs near the fountain, and the other piles to be seen here and there in the Old Town, were collected for the defense of Rhodes during the Turkish siege of 1522. Argyrokastrou Square also boasts one of the oldest buildings in the Castle - the Armeria, built in the 14th century, probably by Grand Master Roger de Pias, whose escutcheon can be seen on the left hand side of the building. Its similarities to the Hospital of the Knights (now the Museum) lead scholars to believe that this was the first building used as a Hospital. Later, it was used by the Turks as an armory (Armeria). To the left as we look at the Armeria, which today houses the Institute of History and Archaeology, is the Museum of Folk Art.

We entered this Folk Art Museum and viewed the extensive and very good collection of exhibits. There are numerous decorative plates and other ceramics, marvelously painted wooden chests and cart sides, hand woven fabrics, utensils and tools, furniture and miscellaneous items some dating back to the 17th century. The man at the ticket office was telling us that unfortunately this museum is not as popular as the other museums of the Old Town, and only a few aficionados frequented it. We certainly enjoyed seeing it and we recommend it most highly.
Posted by Intelliblog at 01:50