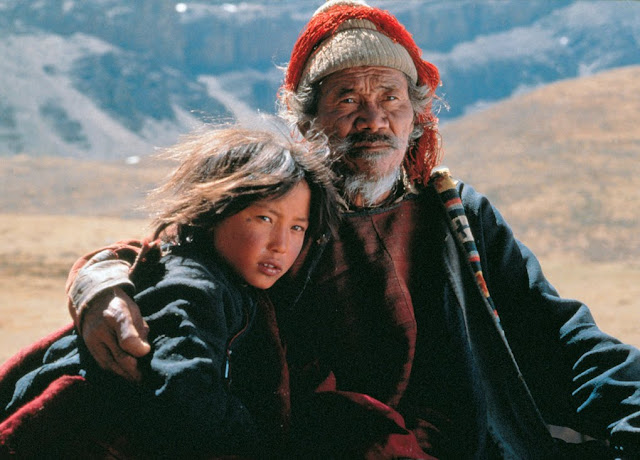 “We acquire the strength we have overcome.” - Ralph Waldo Emerson

I’ve had a 16 hour work day today, going in to work at 6:30 am and not getting home until after 10 p.m.  We have a staff development workshop and about 50 of our academics from all over the nation have travelled to Melbourne to attend the three-day workshop. I’ve had a couple of presentations to do, but also there was a lot of organisational matters to attend to. Thankfully my PA was at hand and she was able to assist quite a great deal, as were some of my colleagues that I work with on a daily basis. On the whole, the day was very successful and there was a plethora of positive comments about day one of the workshop. I don’t mind hard work as long as it’s appreciated and my goals are achieved. Today thankfully was one of those days!

Yesterday we watched an interesting film. It was a 1999 film, directed by Eric Valli, and French/Swiss/British/Nepalese co-production. The movie was called “Himalaya – l’ Enfance d’ Un Chef” (Himalayas – The Childhood of a Chief), or simply Himalayas, its short title. This is a road movie with a difference. It is set in a remote Himalayan village where life still follows the traditions that are hundreds if not thousands of years old. It is a simple tale of a salt-traders’ caravan that tries to make its way through treacherous terrain in order to reach a neighbouring village where their rock salt will be traded for wheat. Add to that intertribal rivalry, the challenging of the authority of the council of elders by the young and rebellious group of chief wannabes, as well as a tale of a special relationship between a grandfather and his grandson.

The film is exotic and remote, the language is strikingly foreign and the faces wildly beautiful, but at the bottom of the rather simple storyline there are emotions and feelings that are shared with even the most “civilised” of us that watch it. Add to that a superb musical score with some wonderful vocals an stunning scenery that adds to the film and epic quality and you have an engaging human drama that draws you into this foreign and yet strangely familiar world.

There is humour and pathos, magnificence and triteness, strangeness and familiarity all blended into one. The actors are non-professionals whose performance is simply superb, and the expressiveness of their faces is enough to carry across the nuances of emotion their  characters demand.

If you can lay your hands on it, try and watch it as it is a gem of a movie. It is inspiring and touching, sad and uplifting at the same time.
Posted by Intelliblog at 00:57