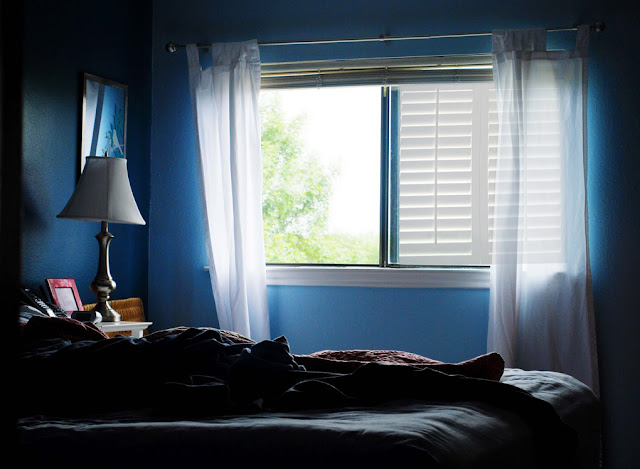 “All love is vanquished by a succeeding love.” - Ovid

Well they say that in Spring a young man’s thoughts turn to love. Maybe not only a young man’s or just a man’s! Sweet springtime when the greening trees are revivified, when flowers wildly bloom, when dormant sap begins to flow and verdant juices restore the branches their summery foliage, it surely does affect us humans also. For poetry Wednesday today, a love poem by Ovid (43 BC-17 AD) whose oeuvre was rich in this genre:

Love in the Afternoon

It was very hot. The day just past its noon.
I’d stretched out on a couch to take a nap.
One of the window-shutters open, one closed.
The light was like you’d see deep in the woods,
Or like the glow of dusk when Phoebus leaves the sky,
Or when night pales, and day has not yet dawned –
A perfect light for girls with too much modesty,
Where anxious shame can hope to hide away.
When, look! here comes Corinna in a loose ungirdled gown,
Her parted hair framing her gleaming throat,
Like lovely Semiramis entering her boudoir,
Or fabled Lais, loved by many men.
I tore her gown off - not that it mattered, being so sheer,
And yet she fought to keep that sheer gown on;
But since she fought with no great wish for victory,
She lost, betraying herself to the enemy.
And as she stood before me, her garment all thrown off,
I saw a body perfect in every inch:
What shoulders, what fine arms I looked on - and embraced!
What lovely breasts, begging to be caressed!
How smooth and flat a belly under a compact waist!
And the side view - what a long and youthful thigh!
But why go into details? Each point deserved its praise.
I clasped her naked body close to mine.
You can fill in the rest. We both lay there, worn out.
May all my afternoons turn out this well.
Ovid (43 BC-17 AD)

Ovid was born in Sulmona east of Rome in 43 BC, to an equestrian family, and was educated in Rome. His father wished him to study rhetoric toward the practice of law. Ovid tended to the emotional, not the argumentative pole of rhetoric. After the death of his brother, Ovid renounced law and began travelling to Athens, Asia Minor, and Sicily. He held minor public posts, but resigned to pursue poetry. He married three times and twice-divorced by the time he was thirty years old, yet only one marriage yielded a daughter.

Originally, his “Amores” were a five-book collection, published around 20 BC; the surviving, extant version, reduced to three books, includes poems written as late as AD 1. Book 1 contains 15 elegiac love poems about aspects of love. Ovid's next poem, the Ars Amatoria, the Art of Love, parodies didactic poetry whilst being a manual about seduction and intrigue. He identifies this work in his exile poetry as the carmen, or song, which was one cause of his banishment. By AD 8, he had completed Metamorphoses, an epic poem derived from Greek mythology. The subject is “forms changed into new bodies”, this long poem tells of transformation. The stories from mythology follow each other in the telling of human beings transformed to new bodies. Famous myths, such as Apollo and Daphne, Orpheus and Eurydice, and Pygmalion are contained.

In AD 8, Emperor Augustus banished Ovid to Tomis, on the Black Sea, for political reasons. Ovid wrote that his crime was “carmen et error” (a poem and a mistake), claiming that his crime was worse than murder, more harmful than poetry. The Julian Marriage Laws of 18 BC were fresh in the Roman mind. These promoted monogamous marriage to increase the population’s birth rate. Ovid’s writing concerned the serious crime of adultery, which was punishable by banishment.
Posted by Intelliblog at 11:17