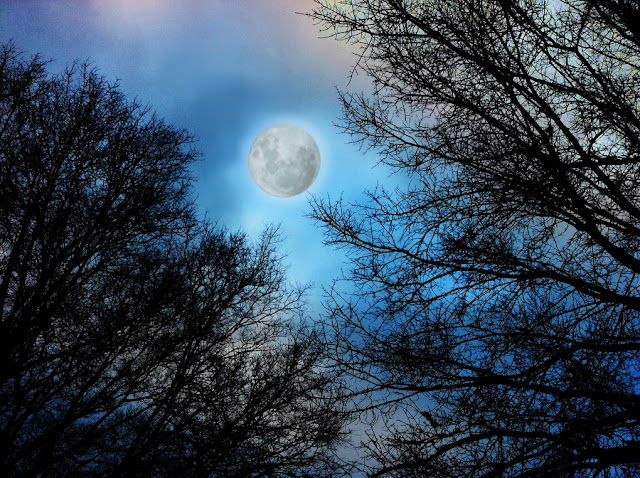 “Don’t tell me the moon is shining; show me the glint of light on broken glass.” - Anton Chekhov

Depending on where you are in the world, on Wednesday night or early on Thursday morning the full moon will plunge into the longest and deepest total lunar eclipse in more than a decade.
Moon gazers across the Eastern Hemisphere will be able to watch the moon turn shades of orange and red as the moon moves into the darkest part of Earth’s shadow for almost two hours. This is because the path that the moon is taking through Earth’s shadow is almost directly through the shadow’s centre, making for the longest possible path and so the longest duration.

Because of the tilt of the moon’s orbit around Earth, the moon usually passes slightly above or below Earth’s cone-shaped shadow, so no lunar eclipse is usually seen. Sometimes, however, the geometry is just right for the moon to cross the Earth’s orbital plane, which always happens during a full moon. As all three bodies (sun, earth, moon) line up, the moon passes through Earth’s shadow and we see a lunar eclipse. Partial eclipses happen when the moon grazes Earth’s shadow, while total eclipses occur when the whole moon passes through the shadow.

On June 15th 2011, the Earth’s shadow will start to darken the moon around 18:22 universal time (UT). The total lunar eclipse will begin at 19:22 UT and will last for more than a hundred minutes. The deepest part of the eclipse will occur at 20:12 UT, as the moon plunges into the umbra, the dark center of our planet’s shadow. The last hint of Earth’s shadow will slip off the moon around 22:02 UT.

Except for northern Scotland and Scandinavia, most of Europe as well as eastern South America and western Africa will see totality underway around moonrise—just as the sun begins to set on June 15th. The best location for viewing the entire eclipse is eastern Africa, the Middle East, Central Asia, and the western tip of Australia. From Indonesia to New Zealand, viewers will get to see the moon’s face slowly eaten away by the initial stages of the lunar eclipse just before the moon sets on June 16th. The eclipse will not be visible from North America, and moon gazers there will have to wait until December 10th, when western parts of the continent will be treated to the next lunar eclipse.

Looking at the rising moon this evening, inspired me to write this poem:

“There is a rabbit in the moon, not a man…”
She said, looking up high,
“…Or so the Chinese say.”
I looked up and saw a rabbit,
Quite clearly, just as she said,
And I believed her truly,
For she is Chinese.

“My grandmother said the moon
Shows the murderous handprint of Cain…”
And I pointed it out;
“…And she was Greek and full of myth,
Whether biblical or pagan.”
She looked up and her laugh rang out
Like silver bells tinkling.

“You Greeks are full of stories,
And you make gods of men,
And women of trees,
You sometimes mark the moon with Selene’s face,
And at another, with Cain’s marks.
That is what I like about you
Your chameleon ways…”

“But my mother, who is English,
Insists that there is a witch on the moon,
Carrying sticks…” I said.
We looked up and tilted our heads
And looked into each other’s eyes,
In the moonlight,
And we kissed, bewitched.
Posted by Intelliblog at 23:01