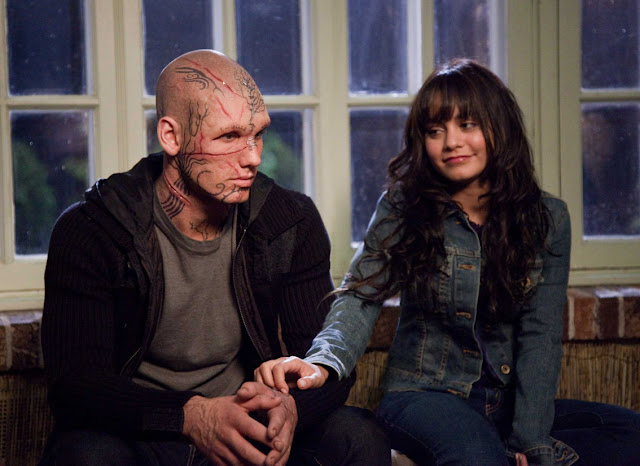 “You can only be young once. But you can always be immature.” - Dave Barry
We watched a terrible film at the weekend, made all the more cringe-worthy as it was recommended to us by an acquaintance who said it was “ace film”. Now this acquaintance is in her early twenties and the daughter of a friend, who fortunately has better taste and knowledge than the daughter. However, it did make me think whether this was generation gap thing and made me ask myself: “Am I getting old and crusty?”
The film was based on “Beastly”, a 2007 novel by Alex Flinn (see a review here). It is a retelling of the fairytale “Beauty and the Beast”, set in modern-day New York City told from the point of view of the beast. Flinn researched many versions of the Beauty and the Beast story to write her book. Many of these are playfully alluded to in portions of the book, particularly the chat room transcripts in which the character of Kyle talks to other teens who have been transformed into creatures. Let me admit that I have not read the novel (nor do I wish to, after seeing the film), which is directed towards a young adult readership.
The 2011 film, also called “Beastly” was directed by Daniel Barnz who also wrote the screenplay. It stars Alex Pettyfer, Vanessa Hudgens and Mary-Kate Olsen, all of whom I had not heard of before nor seen in other movies. The plot revolves around Kyle (Pettyfer) a narcissistic high school student who is obsessed by his good looks and thinks that he can get away with anything because he is popular and good looking. He abhors homely people and mocks those who are ugly or unconventional. Kendra (Olsen), a fellow student who is a goth and has rather a rather individualistic dress sense and delights in garish make-up is picked upon by Kyle as an object of a prank where he humiliates at a school dance in front of their classmates. Kendra is a witch and curses Kyle, transforming him into a “beast”, which reflects his “inner beastliness”. Well, he is sort of a scarred, bald, tattooed fellow but not too beastly. If he manages within a year to get a girl to say “I love you” to him sincerely, his curse will be lifted and he will become handsome again. The redeeming girl is Lindy (Hudgens), a fellow student with whom he has had some previous contre-temps.
The script is childish but without the elegance of a fairy tale, the transfer to modern times rather lame, the plot completely unoriginal and without any surprises, and the acting, directing and cinematography all pedestrian. There is some pop music throughout to further appeal to the teen audience. It was obvious that this novel and film are a spin off of the popular teenage vampire novels, movies and series that have inundated us of late (“New Moon” and “Twilight” and “Eclipse” and “Buffy the Vampire Slayer” and so on - I won't go there in terms of reviewing any of those).
The movie was puerile and extremely shallow. Even the moral was delivered heavy-handedly, the characterisation was at kindergarten level and the world depicted in it, although pure fantasy, was disturbingly and disappointingly realistic in terms of attitudes and morals of the present time.  Thinking a little more about the movie I found myself reflecting on what the youth of today find interesting, amusing and engaging. If this bathos represents the general taste of our youth, then God preserve us! What is the intellectual capacity of the average teenager nowadays if this bilge is what is consumed avidly by them? I know that having an intelligent conversation with many of them is quite impossible, but to what level have they sunk to? And I am talking about the “average” teenager here – I also know some highly intelligent, well-read, highly motivated and extremely mature young people who are amazing to talk to…
Perhaps, I am getting old! I do sound like an old fuddy-duddy who is mouthing the same old conservative truisms that old fuddy-duddies have been preaching forever for time immemorial! The trouble about older people is that as they age (and provided they do not become demented!), they may become wise. However, wisdom brings with it conservative attitudes, lack of spontaneity, increased caution, reticence and a general inertia. At the same time, wisdom is not always something that accompanies old age and in other cases cynicism and bitterness is seen instead. Perhaps I should watch this movie again? Well, no, perhaps I won’t!
Posted by Intelliblog at 21:09