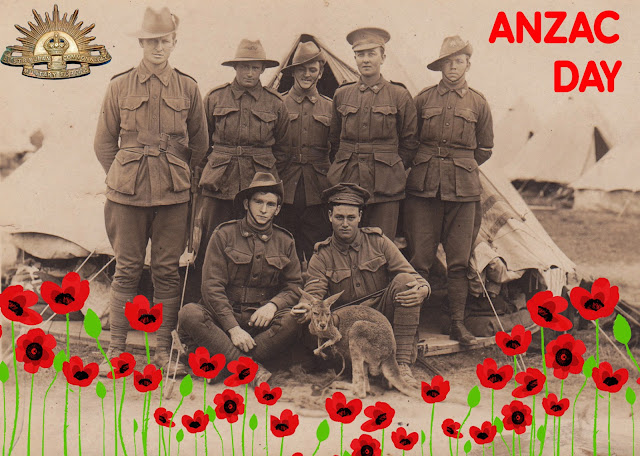 With Anzac Day coming around again this year it was distressing to hear that some radical groups are agitating to stop “celebrating” this day. What was offensive to me was firstly the choice of the word “celebrate”. Anzac Day is a “commemorative” day, not a “celebratory” one. My dictionary advises:

celebrate |ˈsɛlɪbreɪt| verb
1 publicly acknowledge (a significant or happy day or event) with a social gathering or enjoyable activity: They were celebrating their wedding anniversary at a swanky restaurant.

commemorate |kəˈmɛməreɪt| verb
recall and show respect for (someone or something): A wreath-laying ceremony to commemorate the war dead.

On the morning of 25 April 1915, the Anzacs set out to capture the Gallipoli peninsula in order to open the Dardanelles to the allied navies. The objective was to capture Constantinople (now Istanbul in Turkey), the capital of the Ottoman Empire, and an ally of Germany.   The Anzacs landed on Gallipoli and met fierce resistance from the Ottoman Turkish defenders. Their plan to knock Turkey out of the war quickly became a stalemate, and the campaign dragged on for eight months.   At the end of 1915, the allied forces were evacuated. Both sides suffered heavy casualties and endured great hardships. Over 8,000 Australian soldiers were killed. News of the landing on Gallipoli and the events that followed had a profound impact on Australians at home. The 25th of April soon became the day on which Australians remember the sacrifice of those who had died in the war.

In the multicultural community that is Australia, it is not only the Anglosphere Australians that commemorate Anzac Day. Turkish Australians join in the commemoration and remember their own dead. Both sides of past war remember the loss of life and commiserate with each other on the tragic waste of youth and resources that war effects on all sides. With the coming of the Second World War, Anzac Day also serves to commemorate the lives of Australians who died in that war. The meaning of Anzac Day today includes the remembrance of all Australians killed in military operations.

Commemorative services that are held at dawn are a characteristic feature of the day, remembering the time of the original landing in Gallipoli. Later in the day, ex-servicemen and women meet to take part in marches through the major cities and in many smaller centres. Commemorative ceremonies are held at war memorials around the country. A typical Anzac Day ceremony may include the following features: An introduction, hymn, prayer, an address, laying of wreaths, a recitation, the Last Post, a period of silence, either the Rouse or the Reveille, and the national anthem. After the Memorial’s ceremony, families often place red poppies beside the names of relatives on the Memorial’s Roll of Honour, as they also do after Remembrance Day services. Rosemary is also symbolic of the day, as it is a symbol of remembrance and it also is found to this day growing wild on the Gallipoli Peninsula.

Some people find it easier to hate than to love. Some find it easier to divide rather than to unite. These same radical people with extreme political and/or religious views can take any occasion and use it as an excuse to polarise the population, fan latent flames of prejudice, ignite embers of old hatreds, stress greatly points of difference and incite disruption, violence and ill-will. Days such as Anzac Day should be used as a powerful means of bringing together people who remember a shared experience of loss and remember those whose lives were cut short. Anzac Day is an opportunity for aspiring to peace, while remembering war. Anzac Day should unite, not divide.
Posted by Intelliblog at 11:31