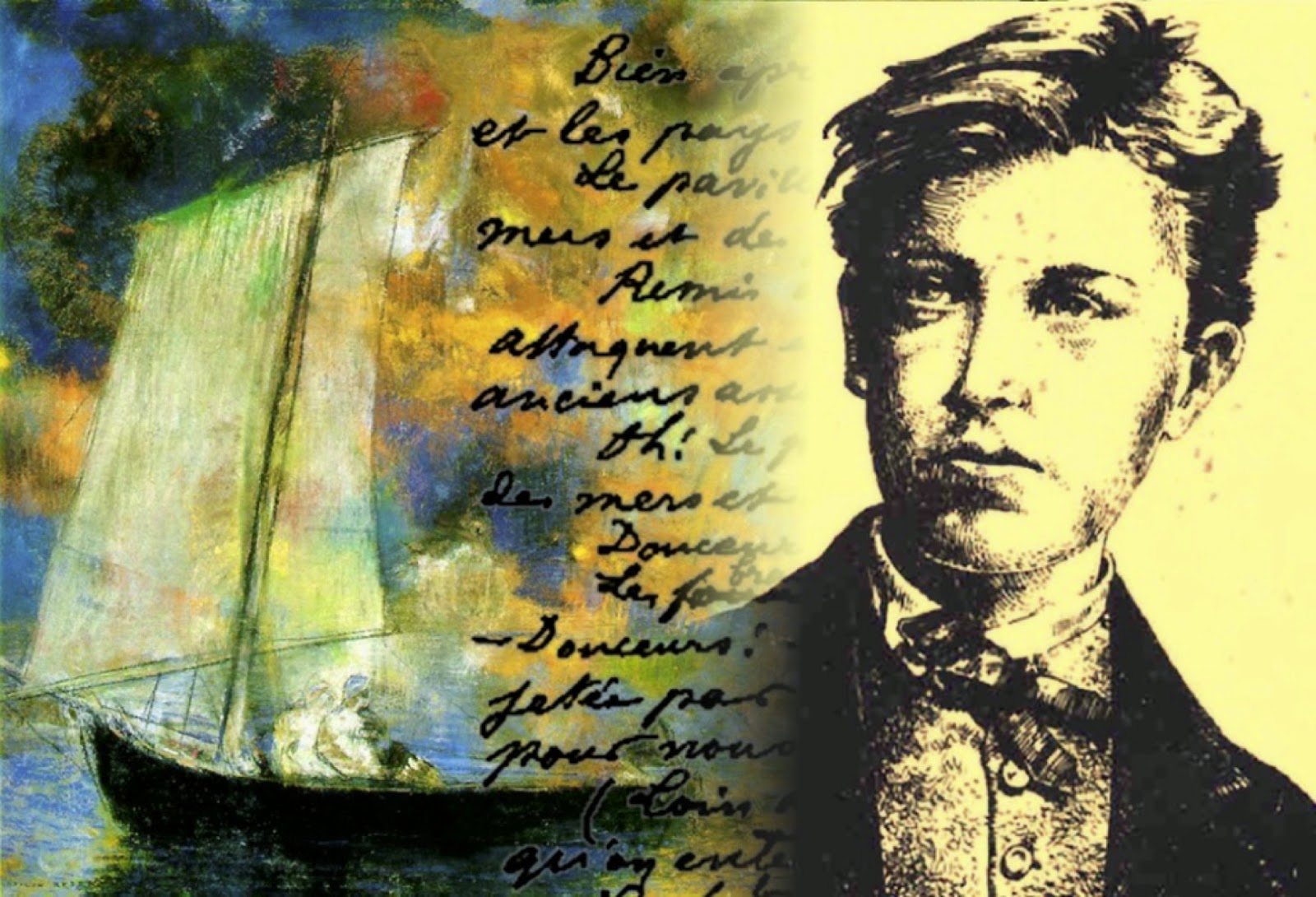 “Everything has beauty, but not everyone sees it” – Confucius

As from a green zinc coffin, a woman’s
Head with brown hair heavily pomaded
Emerges slowly and stupidly from an old bathtub,
With bald patches rather badly hidden;

Then the fat gray neck, broad shoulder-blades
Sticking out; a short back which curves in and bulges;
Then the roundness of the buttocks seems to take off;
The fat under the skin appears in slabs:

The spine is a bit red; and the whole thing has a smell
Strangely horrible; you notice especially
Odd details you’d have to see with a magnifying glass…

The buttocks bear two engraved words: CLARA VENUS; —
And that whole body moves and extends its broad rump
Hideously beautiful with an ulcer on the anus.

The 19th century poet, Arthur Rimbaud (born October 20th, 1854, Charleville and died November 10th, 1891, Marseilles) was a leading proponent of the Symbolist movement and his poems are wonderful vehicles for his magnificent, opulent, iconoclastic visions. Rimbaud saw himself as a prophet, a visionary, or, as he put it, a voyant (“seer”). He had come to believe in a universal life force that informs or underlies all matter, which spiritual force Rimbaud referred to simply as “l'inconnu” (“the unknown”). He maintained that this force can be sensed only by a chosen few, he himself of course being one of them.

Rimbaud set himself the task of striving to “see” this spiritual unknown and allowing his individual consciousness to be taken over and used by it as a mere instrument. He should then be able to transmit (by means of poetry) this music of the universe to his fellow men, awakening them spiritually and leading them forward to social progress (being a socialist). He coined a famous phrase to describe his method of achieving his ideals: “le dérèglement de tous les sens” (“the derangement of all the senses”). In a voluntary martyrdom he would subject himself to fasting and pain, imbibe alcohol and drugs, and even cultivate hallucination and madness in order to expand his consciousness.

His poems manifest these visions sometimes in terrible and weird, bizarre and repulsive images, other times in delicate, water-coloured dreamlike trances. His works are often fiercely satirical, often sarcastic, attacking the hollow, petty values and customs of the bourgeoisie. He has been described as an anti-Christian poet because of his attacks on the church, but it is the clergy and their corruption he objects to rather than a genuine spirituality, which he often exhibits. However he is deeply critical of Christianity’s rejection of the sensual and particularly of female sensuality, which he elevates by his frequent references to Venus.

His use of slang and the “mots bas” (“low words”) rather than the “mots propres” (“proper words”) brings his poems to a level accessible to everyone. The poem given here, Venus Anadyomene (Venus rising out of the waves) mocks the traditional description of the goddess Venus, which formed very much part of the aesthetic tasteful verses of the Parnassians (Rimbaud’s contemporary neoclassical poets including Banville, Gautier, and Leconte de Lisle). Rimbaud's Venus, an ugly fat woman getting out of a dirty zinc bath, is a direct parody of the poetic conventions of these Parnassian poets. The poem's final rhyme of "Vénus" with "l' anus" completes the act of poetic subversion.

The poem to me suggests also the love-hate relationship Rimbaud had with the idea of the “female”. He was bisexual and his self destructive life is told in the indie film “Total Eclipse”, directed by Agnieszka Holland. Leonardo Di Caprio in a master-stroke of casting plays the poet Rimbaud. David Thewlis plays fellow poet Verlaine and Rimbaud’s mentor (10 years older and eventually shooting Rimbaud in a crime of passion). Rimbaud survived to renounce his gift, run guns in Africa and die in agony…

For more of his poems visit:
http://www.mag4.net/Rimbaud/poesies/Poems.html
Posted by Intelliblog at 02:43