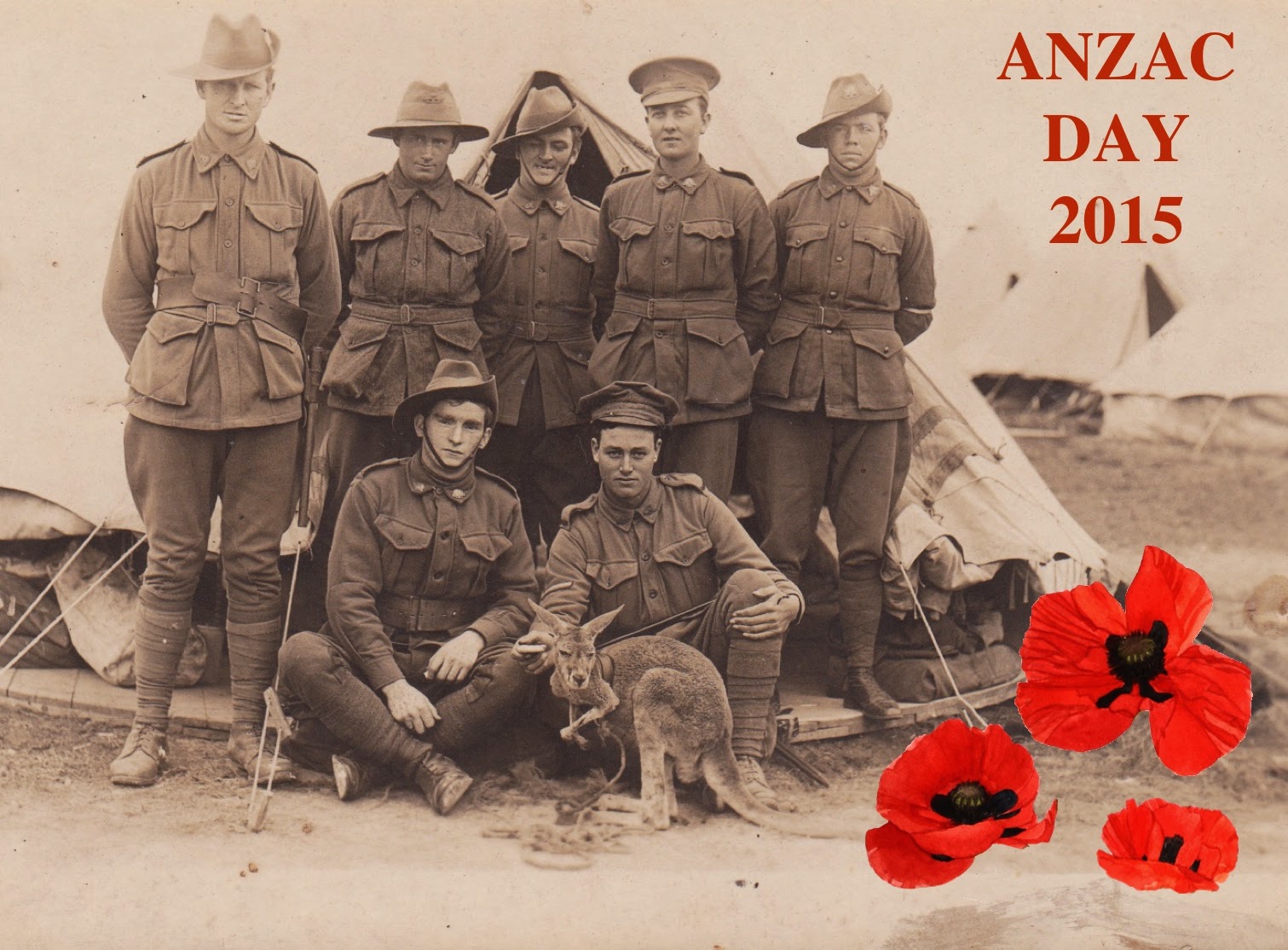 April 25th is Anzac Day, the anniversary of the first major military campaign fought by Australian and New Zealand forces in WWI. ANZAC is an acronym for Australian and New Zealand Army Corps, and the soldiers in these corps became known as Anzacs. In 1914, at the outbreak of WWI, Australia had been a federal commonwealth for only thirteen years, and the new federal government was eager to establish Australia as a sovereign nation amongst the others in the world. In 1915 Australian and New Zealand soldiers formed part of the Allied expedition that set out to capture the Gallipoli peninsula to open the way to the Black Sea for the Allied navies, in order to capture Istanbul. They landed at Gallipoli on 25th of April, meeting fierce resistance from the Turkish defenders of the site.

What was supposed to be a masterstroke to eliminate Turkey from the war became a stalemate, and the campaign dragged on for eight months. At the end of 1915 the allied forces were evacuated after both sides had suffered heavy casualties and endured great hardships. Over 8,000 Australian and 2,700 New Zealand soldiers were killed. News of the landing at Gallipoli made a profound impact on Australians at home and 25th of April quickly became the day on which Australians remembered the sacrifice of those who had died in war. An excellent film to see, highlighting the Gallipoli campaign from the Australian perspective is Peter Weir’s “Gallipoli” (1981).

Today in Australia we marked this solemn day with dawn services, commemorative parades, talks and special exhibitions. Anzac Day is a national public holiday and is one of the most spiritual and solemn days of the year for all Australians. This year the commemorative events are particularly widespread and important as we mark the centennial of the landing of the Anzacs in Gallipoli in 1915.

Anzac Day is a solemn day to mark our war losses, but more importantly it is a day to contemplate upon the futility of war and to actively promote peace. I am mindful that a lot of my readers may have children, partners, friends fighting in wars at this time and my heart goes out to you in empathy.

For Music Saturday, a Requiem Mass by André Campra (baptised 4 December 1660 in Aix-en-Provence – 29 June 1744 in Versailles). Campra was a French composer and conductor. Who was one of the leading French opera composers in the period between Jean-Baptiste Lully and Jean-Philippe Rameau. He wrote several “tragédies en musique”, but his chief claim to fame is as the creator of a new genre, “opéra-ballet”. He also wrote three books of cantatas as well as religious music, including the Requiem below.

Campra was the son of Jean-François Campra, a surgeon and violinist from Graglia, in Italy, and of Louise Fabry, from Aix-en-Provence. His father was his first music teacher. On December 3, 1660, he was baptised in the Église de la Madeleine in Aix. He became a choirboy in the Cathédrale Saint-Sauveur in Aix in 1674, and commenced ecclesiastical studies four years later.

He was reprimanded by his superiors in 1681 for having taken part in theatrical performances without permission, but was nevertheless made a chaplain on 27 May of that year.From 1694 to 1700, he was maître de musique (music director) at the cathedral of Notre-Dame de Paris, after having served in a similar capacity in Arles and Toulouse. Campra controversially brought violins into the making of sacred music at Notre-Dame de Paris, which at the time was seen as very avant-garde due to their reputation as ‘street instruments’.

He began to turn toward the theatre in 1697 and published some theatrical compositions under his brother’s name to protect his reputation within the church. In 1700 he gave up his post at Notre-Dame and concentrated on his theatrical music to critical success. By 1705 he was a musical celebrity but this resulted in him becoming a target for negative articles in the press. From 1720 onwards, he returned to the composition of sacred music.

Although Campra had obtained critical success he did not have financial security and hence in 1722 he was engaged by the Prince of Conti as maître de musique although this appointment was short lived. After the death of the regent, Campra became sous-maître at the Royal Chapel in Versailles in 1723. In 1730 he became the Inspecteur Général at the Opéra (Royal Academy of Music).He died at the age of 83.With his composition of L'Europe galante he was the true genius of the opéra-ballet, a musical genre originated by Pascal Colasse (in his Ballet des saisons).