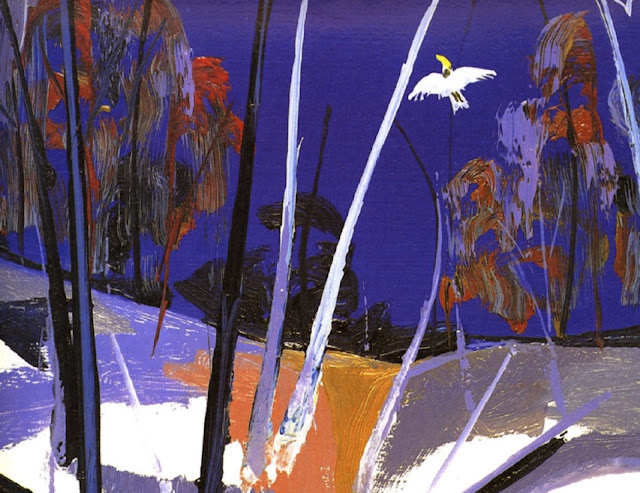 “One ought, everyday, to hear a song, read a fine poem, and, if possible, to speak a few reasonable words.” – Johann Wolfgang von Goethe

Reginald Charles (Rex) Ingamells (19 January 1913 – 30 December 1955) was an Australian poet, generally credited with being the leading light of the Jindyworobak Movement.

Ingamells was born at Orroroo, South Australia. He was educated at State schools and at Prince Alfred College and graduated in Arts at Adelaide University. For many years he was a schoolteacher in Adelaide, but in 1946 he moved to Melbourne as educational representative of a publishing firm. He travelled widely throughout Australia, worked for four seasons as a fruit-picker along the Murray river, and made a journey in a schooner trading along the South Australian coast. He died near Dimboola, Victoria in a car-crash in 1955.

Rex Ingamells was best known as the founder of the Jindyworobak Club, a literary movement established in 1938, which for some years gathered around it and gave impetus to a number of Australian poets. The movement was aggressively and self-consciously Australian, placing a special emphasis on aboriginal culture (with which, in fact, the white man's culture has little in common).

Ingamells’s earlier books of verse were brought together in “Selected Poems” (1944), and a long ‘epic’ poem dealing with Australia’s discovery and development, “The Great South Land”, was published in 1951. His work has suffered, possibly, from an over-emphasis arising from his intensity of belief.

Much of his writing is propaganda for the Australian landscape, which even after five generations of British settlement, tends to seem alien to minds nurtured on English and European literatures. Ingamells consciously tried to create a body of Australian writing that would enable growing Australians to feel imaginatively at one with the dry sunburnt beauty that surrounds them.

In 1941-42 critics derided Ingamells and the ‘Jindys’ partly for their political ideology and largely for the pedestrian ‘Australian’ and ‘Aboriginal’ verse that the movement was producing. A. D. Hope called the Jindyworobaks the ‘Boy Scout School of Poetry’. From this point, the effect of Ingamells and his followers declined and their role in initiating an important discussion tended to be forgotten, despite the fact that the anthology appeared annually until 1953 and Ingamells continued to write prolifically.

Garchooka, the Cockatoo
By Rex Ingamells

Though the waters, wind-stirred and red-glowing,
shadowed by the evening gloom of gums,
bend in their banks the way the day is going,
while a dusk-gold haze of insects comes
over the ripples in their coloured flowing,
Garchooka, beating from high branches, screeches
discord up and down the river-reaches.

The painting of a flying Cockatoo is by Australian artist, Arthur Boyd.
Posted by Intelliblog at 04:38