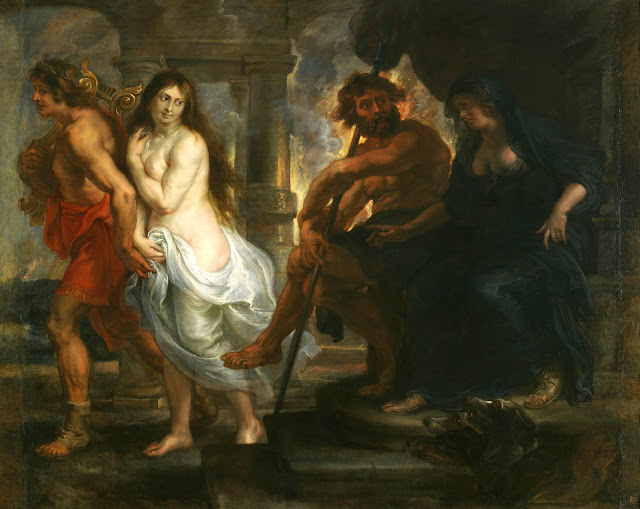 Jacopo Peri (Zazzerino) (20 August 1561 – 12 August 1633) was an Italian composer and singer of the transitional period between the Renaissance and Baroque styles, and is often called the inventor of opera. He wrote the first work to be called an opera today, “Dafne” (around 1597), and also the first opera to have survived to the present day, “Euridice” (1600).

Peri was born in Rome, but studied in Florence with Cristofano Malvezzi, and went on to work in a number of churches there, both as an organist and as a singer. He subsequently began to work in the Medici court, first as a tenor singer and keyboard player, and later as a composer. His earliest works were incidental music for plays, intermedi and madrigals.

In the 1590s, Peri became associated with Jacopo Corsi, the leading patron of music in Florence. They believed contemporary art was inferior to classical Greek and Roman works, and decided to attempt to recreate Greek tragedy, as they understood it. Their work added to that of the Florentine Camerata of the previous decade, which produced the first experiments in monody, the solo song style over continuo bass, which eventually developed into recitative and aria.

Peri and Corsi brought in the poet Ottavio Rinuccini to write a text, and the result, “Dafne”, though nowadays thought to be a long way from anything the Greeks would have recognised, is seen as the first work in a new form, opera. Rinuccini and Peri next collaborated on “Euridice”. This was first performed on 6 October 1600 at the Palazzo Pitti. Unlike “Dafne”, it has survived to the present day (though it is hardly ever staged, and then only as a historical curio). The work made use of recitatives, a new development, which went between the arias and choruses and served to move the action along.

Peri produced a number of other operas, often in collaboration with other composers (such as “La Flora” with Marco da Gagliano), and also wrote a number of other pieces for various court entertainments. Few of his pieces are still performed today, and even by the time of his death his operatic style was looking rather old-fashioned when compared to the work of relatively younger reformist composers such as Claudio Monteverdi. Peri’s influence on those later composers, however, was large.

The painting is “Orpheus and Eurydice” by Pieter Paul Rubens.
Posted by Intelliblog at 19:38