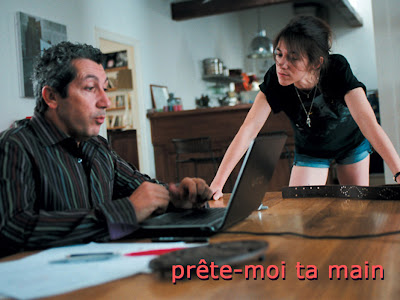 "It is not from reason and prudence that people marry, but from inclination." - Samuel Johnson

Recently we have come to view relationships rather more liberally than the traditional model as espoused by church and society in most countries in the West for the past few centuries. Marriage in particular, has been seriously questioned and the traditional, monopolising role of the church in celebrating wedding ceremonies has been upstaged by other ways in which a couple may “tie the knot”. Ceremonies officiated by marriage celebrants in parks, homes, gardens, more exotic locations; ceremonies in town halls celebrated by mayors; ceremonies in all sorts of places carried out by all sorts of people.

However, even marriage as such is not as popular as it used to be and many people simply live together in a “de facto” relationship. The state recognizes such relationships and legally, they can be as binding as official marriages with each partner having the same rights as those in an “official” marriage. Gay relationships, couples separated by an enormous age gap and other unorthodox relationships also abound.

Many people also do not have a permanent relationship and choose to live alone. They opt for the casual encounter and eschew the commitment that a longer-term relationship entails. In fact for some people the idea of marriage or any permanent sort of relationship is absolute anathema. We live in an age where such casual encounters in both our public as well as private lives are becoming increasingly more common.

The increasing numbers of divorces seem to also contribute to the idea that marriage as an institution is having a tough time of it. Or is it? For Movie Monday today, a French film that explores these ideas and does so in a refreshing and humorous way. The movie is Eric Lartigau’s 2006 film, “Prête-moi Ta Main” (“I Do: How to Get Married and Stay Single”).

This sparkling comedy is just the thing for a night in, while you snuggle up to your significant other (or not!) and the rain falls outside. It concerns a confirmed bachelor who is besieged by women. Firstly his family: A widowed mother and his countless sisters and nieces. Then by his girlfriends (of the one-night stand variety). A bolt out of the blue is the decision by his family that it is high time he got married, seeing he is in his forties. Poor Luis (played wonderfully by Alain Chabat) is steamrollered into dating suitable matches (as arranged by his mother and sisters). He decides he has had enough and hires the charming Emma (Charlotte Gainsbourg) to pose as his girlfriend and intended wife-to-be for his family. All will go smoothly until the bride does not turn up at the ceremony and the heart-broken Luis will have found his peace of mind again, seeing his family will respect his heartbreak. Well that’s the plan, anyway…

The plot is as old as the hills, but it is well done and the performances are excellent. As a French farce, the contrivances are excessive and the characters stock and shallow. However, who cares? This is a feel-good bit of fluff that is played for laughs. As is the case with all comedies, however, even the most shallow ones, there is pointed social criticism aimed towards the mores of our times. An interesting subplot revolving around Emma’s adoption of a Brazilian child provides another more sobering dimension to the plot and the escalating statistics that show that many women in the West now are having great problems conceiving shows us that the family as we think of it may need serious reconsideration in the very near future.
Posted by Intelliblog at 01:30