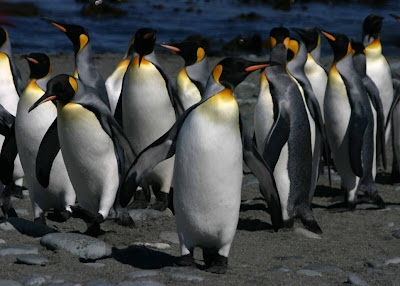 “For the apparel oft proclaims the man.” – William Shakespeare (Hamlet)

Today was a very busy day at work with several important meetings and some interstate visitors. On days like today, time passes very quickly and although I get to do much, there are so many routine tasks left undone as there are so many other things out of the ordinary that take their place. As I was invited to a formal early dinner this evening I had to wear a dinner suit, so here for word Thursday, are some interesting words (especially etymologically speaking!) relating to men’s attire:

cummerbund |ˈkəmərˌbənd|noun
a sash worn around the waist, esp. as part of a man's evening clothes.
ORIGIN early 17th cent: from Urdu and Persian kamar-band, from kamar ‘waist, loins’ and -bandi ‘band.’ The sash was formerly worn in the Indian subcontinent by domestic workers and low-status office workers.

tuxedo |təkˈsēdō| noun ( pl. -dos or -does)
a man's dinner jacket.
• a suit of formal evening clothes including such a jacket.
DERIVATIVES
tuxedoed adjective
ORIGIN late 19th cent: from Tuxedo Park, the site of a country club in New York, where it was first worn.

cravat |krəˈvat| noun
a short, wide strip of fabric worn by men around the neck and tucked inside an open-necked shirt.
• a necktie.
DERIVATIVES
cravatted |krəˈvødəd| adjective
ORIGIN mid 17th cent.: from French cravate, from Cravate ‘Croat’ (from German Krabat, from Serbo-Croat Hrvat), because of the scarf worn by Croatian mercenaries in France.

Pique front
A pique front shirt is a man's formal shirt normally worn with a white tie. It usually has a wing collar and a strip down the front of the shirt that is topped with a section of pique weaved cotton: a tight weave with small, interlocking strips of cotton. Normally, the strip of pique weaved cotton is wide enough to cover the chest and stomach, so that when the shirt is worn with a vest, only the pique section appears.
Posted by Intelliblog at 01:46