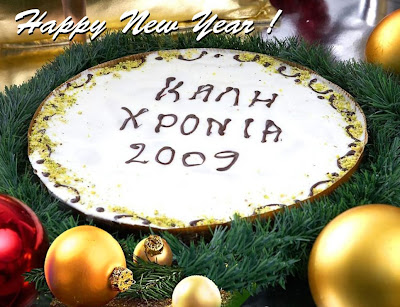 It is now a well-entrenched custom in many countries while recovering from the New Year’s Eve party, to set aside a few minutes on New Year’s Day and make New Year’s Resolutions. Usually these resolutions are of the self-improvement type, renouncing bad habits, improving oneself as a person and generally making oneself a better member of society. One may vow to give up smoking, become involved in a community group, drink less, take up a new hobby or become fit. Needless to say that in most cases, these resolutions are forgotten barely has the sun set on January the 1st! Some surveys that have been carried out re-enforce this, with as many as 95% of New Year’s Resolutions not being adhered to or fulfilled. Hardly worth the effort of making these resolutions, is it?

In many countries it was believed that whatever one did on January 1st would influence what transpired over the whole year. Hence, this was a day of merry-making, good food, sweet words and pleasantries. No work was done, nothing was taken out of the house (only brought in). Especially so with money, fuel, matches and bread such that one would not lack any of these during the year. No bills or debts were paid on this day and nothing was lent out. If one had to take something out of the house that day, a coin was taken out the previous night and then brought in the next morning before one took out the item.
Take out then take in, bad luck will begin;
Take in, then take out good luck will come about.

The Romans introduced the custom of celebrating the beginning of the year on January 1st in 46 BC. They called this celebration the January calendae, and they decorated their houses with lights and greenery for the three days that the festivities lasted. People exchanged gifts that were carefully chosen so as to ensure the propitiousness of the year ahead. Gifts of honey and sweets were given and meant that one wished the receiver to have a year of peace and sweetness; gifts of money or gold meant that the year would be prosperous; while giving lamps or candles meant that the year would be filled with light and happiness. The emperor also received gifts from the citizens to wish him a happy year ahead. This tradition was adopted by the countries that Rome had subjugated.

In England, the feudal lords received samples of produce from the peasants tilling their land. The lords in turn sent to the King something more valuable (gold was always a popular gift!). Amongst the common people a traditional New Year’s Day gift was a dried orange stuck with cloves and a sprig of rosemary tied with silk ribbons. Many Englishmen used to give their wives money so that they could buy pins for the whole year ahead. Before the industrial revolution of the 1800s, pins and needles were very expensive as they were hand-made. After the 1800s when pins and needles were mass-produced, the custom disappeared, but the term pin-money is still used to describe money set aside for minor personal expenses.

It is St Basil’s Day in Greece today, and St Basil was one of the Fathers of the Greek Orthodox Church. He was born in Caesarea (Palestine) in the fourth century AD and during his life he sailed to Greece, where he was active, until his death on the 1st of January. Many legends relating to his life commemorate his kindness to children. This has led to the custom of gift giving on New Year’s Day in Greece. St Basil has been equated with the Santa Claus of other nations. Being the first day of the year, tradition has it that one must receive money on this day (and hence continue to receive it everyday of that year!). This is the Greek custom of the “bonamas” (a term perhaps related to the Italian buon anno or even the French bonne âme), a monetary gift to friends and relatives. The vassilopitta, St Basil’s Cake, is another tradition, and this is a sweet, raised yeast cake which contains a silver or gold coin (depending on the family’s finances!). The father of the family cuts the cake after the New Year is heralded in and distributes the pieces in strict order: First, one for the Saints, then one for the House, then one for each member of the family, from the most senior to the youngest child. Then pieces for the guests, livestock and then for the poor, the remainder being for the “house”. The person finding the lucky coin is assured of luck for the rest of the year.

The tradition of the “first foot” or podhariko is widespread in Greece, as it is in some other European countries, and the British Isles. This involves the first visitor to enter the house on New Year’s Day. He sets the pattern of good or bad luck that will enter the house for the year. The luckiest first foot is a dark-haired stranger who must be male. Unlucky first foots are female, red or blond-haired, cross-eyed, with eyebrows that meet across the nose. The first foot must have been outside the house before midnight and must enter the house any time after the clock has struck midnight, as long as he is the first to come in. Good luck is ensured if the “first foot” brings with him some token gift, a loaf of bread symbolising sustenance for the whole year, coal or wood symbolising warmth or a few coins or some salt, symbolising prosperity.

Other Greek traditional sweets for New Year’s Day (except the vassilopitta) are melomakarona (honey macaroons) and dhiples (thin, crisply fried pancakes served with honey and crushed nuts). A renewal of the water in the house is another custom. Fresh spring water is drawn and taken into the house on New Year’s morning as St Basil’s Water. This is used to fill ewers, jugs, vases and other containers, thus blessing the house for the whole year.

Carolling is popular and the carollers must be given some money to ensure prosperity for the coming year. The carol sung is the New Year’s kalanda (from the Latin calendae, first day of the month). The carollers often hold a model of a sailing ship, beautifully made and decorated, symbolising St Basil’s ship on which he sailed to Greece. They accompany themselves with steel triangles, drums, fifes and other folk instruments while going around from house to house.

I hope that your year is filled with health and happiness and that your larder is never empty, your table always blessed and your loved ones always content.

Here are the Sydney New Year’s Eve fireworks for you to enjoy!