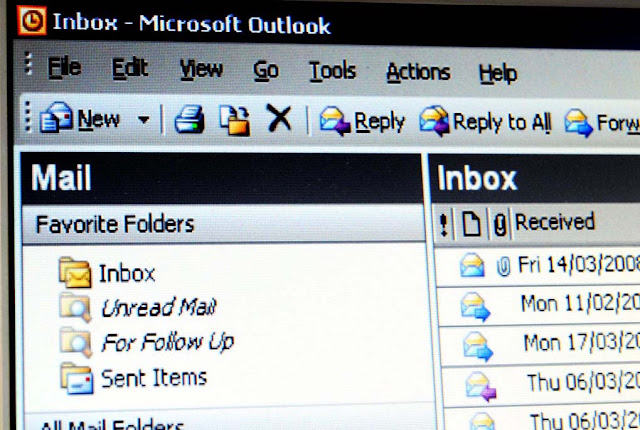 “We’ve arranged a civilization in which most crucial elements profoundly depend on science and technology. We have also arranged things so that almost no one understands science and technology. This is a prescription for disaster. We might get away with it for a while, but sooner or later this combustible mixture of ignorance and power is going to blow up in our faces.” - Carl Sagan

Technology is wonderful! It can make our life easier, keep us happier, better connected, make us better citizens, more environmentally efficient, better informed, etc, etc. Certainly it can do all of these things, but there is also a dark side to technology as technophobes will tell you. Technology can alienate us from human society, it can provide us with more efficient weapons, it can pollute our environment, it can provide us with the means to spy on people, it can invade our personal space, it can be used for fraud and crime, it can make every evil human activity 100% more effective.

As with any human invention where there is a good side and a bad side to it, the burgeoning of technology (especially the electronic kind!), can make our life heaven or hell. The nuclear age that was heralded by the splitting of the atom provided the means to make almost limitless energy for peaceful use, but it also created that most efficient of weapons, the nuclear bomb. Human nature, really isn’t it? Man the angel, man the devil, all rolled up into one. Who wins, angel or devil depends on each and everyone one of us, and how we control that struggle within us…

At work we recently had a very lively discussion about emails and the use and abuse of emails in the workplace. Out of interest, I counted the number of emails that I received today and it was 113. And today was a good day, usually I get closer to 150 daily. 90% of these emails are internal to our organisation and about 50% of them I should not be getting at all. I am copied in as a “FYI” recipient. Of those, about 25% I should be seeing and the rest I have to act on and a reply is required. Add to that the 50 or so personal emails I receive in my private/personal (non-work) email box (junk mail excluded!), I am talking about serious email overload!

Microsoft has conducted a study that has looked at this particular problem in workplaces. They have published that 36% of office workers’ time is spent on emails – opening, reading, trashing, replying. About 70 emails received per day is the average and represents a 21% increase from five years ago. The internet provider BigPond Australia has released figures that show 70 million emails pass through the Telstra network each day in Australia. The anti-virus firm Symantec reports that three billion emails are processed through its servers per day, worldwide. Many of these emails of course are junk and automated emails generated from systems – accounting, order programs, social networking sites, etc. Once again, Symantec data indicate that 90% of email messages processed in January 2009 were classed as spam (up from the 62% spam messages in January 2009, using the same criteria).

In our own workplace we are making a serious effort to reduce email traffic. We are seriously considering using alternatives. For example, walking down the corridor to talk to a colleague face-to-face. A radical suggestion! Often a string of emails that waste so much time could be avoided by having a short telephone conversation, which we are encouraging people to do. Several email exchanges involving many people (over a few days!) can be avoided by scheduling a meeting or a video conference where the matter can be resolved in less than an hour.

The bane of my life is that serious infraction of email etiquette, the indiscriminate use of the “reply to all” button! Not only does it waste a lot of people’s time, but it can also embroil colleagues in word battles, misunderstandings and involve inappropriate people in focused exchanges that should have remained more private. Many is the time that I have had to nurse colleagues’ bruised egos, preen ruffled feathers and provide first aid to battered sensitivities because of the “reply to all” email missive used inappropriately. On the other side of the coin, a recipient of a “cc” message can often ignore it (to his or her detriment). If a recipient receives such a message and the sender expects a response or an action, how easy is it to pass the electronic buck and trash the message, expecting someone else on that list to respond appropriately?

Emails: Heaven or hell? Up to us to use them or abuse them.

e-mail |ˈē ˌmāl| (also email) noun
Messages distributed by electronic means from one computer user to one or more recipients via a network: Reading e-mail has become the first task of the morning | [as adj. ] e-mail messages.
• The system of sending messages by such electronic means: A contract communicated by e-mail.
• (an e-mail) A message sent by e-mail: I got three e-mails from my mother today.
verb [ trans. ]
Send an e-mail to (someone): You can e-mail me at my normal address.
• send (a message) by e-mail: Employees can e-mail the results back.
DERIVATIVES
e-mailer noun
ORIGIN late 20th century: Abbreviation of electronic mail.
Posted by Intelliblog at 21:57