POLITICS AND OTHER DIRTY WORDS 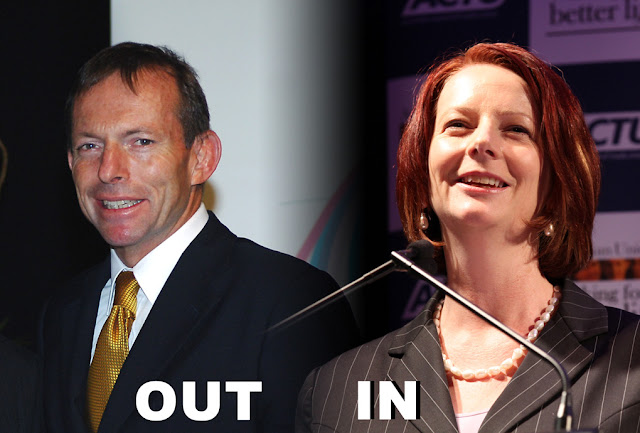 “Under democracy one party always devotes its chief energies to trying to prove that the other party is unfit to rule - and both commonly succeed, and are right.” - H.L. Mencken

I have had a very busy two days at work with back-to-back meetings, writing of reports, answering emails and letters, dealing with urgent matters and resolving a few staff issues. Tomorrow I am flying to Brisbane for the day as there is an important meeting to attend at the offices of one of the Government regulating bodies. This particular department is a typical bureaucracy staffed by public servants who are inefficient, consumed by rules and regulations, interested in the letter of the law rather than the spirit of the law, and completely oblivious to the real world and its issues outside their own little bailiwick.

Speaking of bureaucracies and regulating bodies, we finally have a Federal Government in Australia. The three independent MPs elect have made their choices and we now have the first minority Federal Government in Australia since 1940. The support of the two country independents means the Labour government has been returned to power with a House of Representatives majority of 76 seats to 74, which it needed to form a stable government. The Labour party needed the support of only two of the three independents while the Coalition led by Tony Abbott needed all three. This of course means that Julia Gillard has been returned to power as the nation’s Prime Minister.

The nation’s dichotomous decision in the polling booths was the result of the two major forces in Australian politics being unable to convince voters that either one was worthy of overwhelming support. There were issues with both leaders, most people objecting to both Abbott and Gillard as the PM of Australia. The party policies of both Labour and Liberal Parties have shifted so close to each other that both hover around the centre, exchanging positions in the centre right and centre left in a higgledy-piggledy fashion that thoroughly confuses voters and makes either party a non-option. The increased proportion of votes for the Greens can be interpreted as a protest vote, especially in the knowledge that the Greens would be unable to form a government in their own right and that their preferences would be channelled to the Labour Party in any case.

There is widespread nervousness about this decision in many quarters both in Australia as well as overseas. The confidence of many in the new government is shaky, while many others are breathing sighs of relief. The political situation has polarised some communities (and even households!), with passions running high, however, the majority of the population shrugged and got on with their life, simply saying that in any case it was “six of one” or “half a dozen of the other”.

Time will tell how effective this minority government will be. However, I suspect that the balancing act in parliament will cause the government in power to exercise caution and govern conservatively. Every action of this government will be watched very carefully by the opposition and by the independents, whose support of the ruling party is vital to effective government. At least, we can now move on and have something else in the news except the rants of politicians and the whining of the minorities on both sides of politics who wish to influence opinion and wrest the dominance of news reportage, for five minutes of fame…
Posted by Intelliblog at 22:14