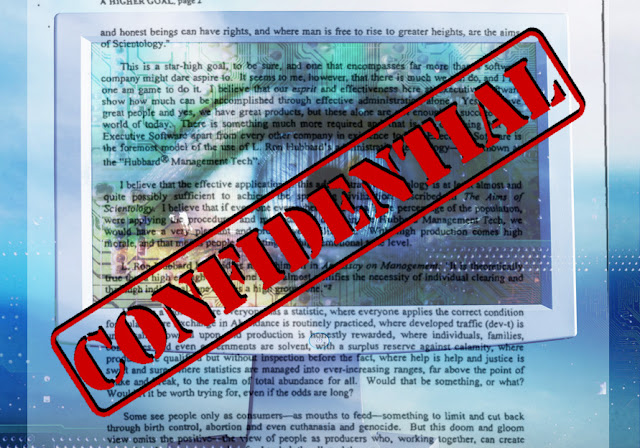 “Love all, trust a few, do wrong to none.” - William Shakespeare

I was printing a confidential document on a shared colour printer at work the other day and before printing it, I ensured that people nearby knew that it was confidential and that I would go there to pick it up immediately. Between the time I clicked on the “print” button and when I went to the printer to pick up my document I saw the staff member that I had warned about the confidentiality of the document, reflected on the window glass opposite the printer. She was sneaking a look at my document, and then blissfully unaware that she had been observed, she quickly went back to her desk…

Common enough scenario? I am sure that you have similar stories to tell. The snoop with the long nose is alive and well and lives in every office. How often have we experienced this situation and we have realized this s one of the ways that “leakages” occur in work situations. Sensitive information is disseminated around the office in this way and then one wanders where the leak occurred. If you smiled wryly and thought: “We have a woman like that at my office”, think again!

A study carried out by Canon Australia last August and September found that although women are more likely to peek at a work colleague’s printout, men are more likely to linger and thoroughly read it! So much for stereotyping! And as far as printing is concerned, the same study found that nine out of ten workers, on average, were likely to print personal documents at the office. No wonder people don’t want others to have a look at their print-out! Another interesting finding was that one in three women was likely to print something at least twice every hour, compared to one in six men. Maybe this is why women thought that they were the only ones who refilled the paper trays in the printers and copiers (twice as many women thought this compared to men).

Of course, one can immediately see why Canon Australia were very interested in all of these office statistics and behaviours. They can target the advertising and marketing campaigns to the appropriate work groups if they have such information at hand. It’s quite amazing the amount of money that is spent on such studies all for the benefit of big business, however, some time one can garner some interesting information that has some use elsewhere also.

In case you are wondering what happened with my confidential document and what I did with the snoop, I shall tell you: As soon as I picked up my document I warned the colleague that I was going to print another even more sensitive document and would she please make sure that nobody picked it up or looked at it. She nodded her head with alacrity and put her head down. I went back to my computer and printed the following in large, bold type:


THIS IS MEANT TO BE A CONFIDENTIAL DOCUMENT AND SHOULD NOT BE SEEN BY ANYONE, ESPECIALLY SO THE PEOPLE THAT KNOW THEY SHOULDN’T BE PEEKING AT IT!
PLEASE BE A LITTLE MORE CONSCIENTIOUS AND COURTEOUS…
When I went to pick up this second document, sure enough the colleague was returning to her desk. She had her head down and did not look at me when I collected it, but at least she was blushing!
Posted by Intelliblog at 22:32