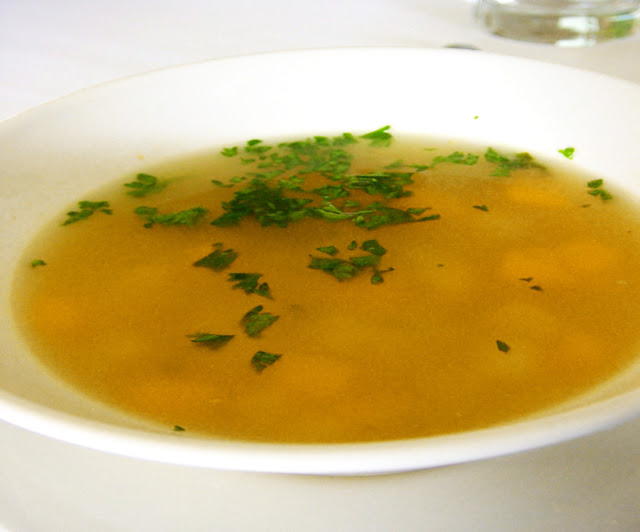 “I reckon being ill as one of the great pleasures of life, provided one is not too ill and is not obliged to work till one is better.” - Samuel Butler

We have quite a few people at work, off sick at the moment. Our highly variable weather may have something to do with it, but also there must be some viruses going around. Most of these illnesses are the common cold and of nuisance value only, although some other infections can be a little more worrisome if they develop into bronchitis or a bronchitic-asthmatic attack. In Melbourne we have a very high incidence of asthma compared to other parts of the world and this is combination of our climate and the gene pool of the population.

Fortunately, most of these springtime infections are short-lived and all they require is a day or two off work (which will do much to help prevent the spread of infection, as well as contribute to recovery). This is especially true of course, if at home one does indeed rest and gets spoilt with lots of TLC, drinks lots of fluids and eats strengthening foods. Orange juice and other drinks and fruits containing vitamin C are touted to be wonderful in not only contributing to a speedy recovery, but also preventing many of these nuisance infections. Vitamin C was first recommended as a treatment for the common cold in the 1970s. However, despite its widespread use, experts say there’s very little proof that vitamin C actually has any effect on the common cold. It has been investigated widely for its effects on the immune system, but the results are equivocal, at best!

The good news is that vitamin C is an important vitamin and antioxidant that the body needs to maintain healthy function. Vitamin C is used in the maintenance of connective tissues such as bones, muscle, and blood vessels. Vitamin C also assists in the formation of collagen and helps the body absorb iron. Its deficiency leads to a very serious disease called scurvy, but nowadays this is a medical rarity. Consuming lots of orange juice or other juices and fruits high in Vitamin C when one has a cold certainly helps in keeping the body hydrated and well supplied with vitamins and simple nutrients.

Now you have probably all had your mother or grandmother giving you the good old homely chicken soup when you have a cold. This is actually very good for colds! University of Nebraska researchers tested various chicken soups made with different recipes and found that its effect in the body was physiological: When people with a cold consumed chicken soup, it was found to block the migration of inflammatory white cells from blood vessels into tissues. This is an important finding, because cold symptoms are a response to the accumulation of inflammatory white cells in the bronchial tubes. The amino acid cysteine, released from chicken during cooking, chemically resembles the bronchitis drug acetylcysteine, which may explain the results. The soup’s salty broth keeps the mucus thin (and thus easily expelled), the same way cough medicines do. Added garlic and onions, and various spices can increase the soup’s immune-boosting power and some even have direct antibacterial effects!

So chicken soup it is! Here’s a recipe:

Method
Use a large stockpot and gather all of your ingredients together.
Add the olive oil to your stockpot and heat it, adding the onions, garlic to cook until slightly golden.
Add the chicken and carcass pieces and brown all over.
Add the spices and herbs and stir through.
Add the vegetables and cook until they are slightly wilted.
Add water to the stockpot enough to cover the ingredients and bring the water level to about 5 cm from the top.
Allow to come to a boil, then lower heat and allow the soup to simmer for at least 90 minutes.
Add more water if needed.
Strain the broth reserving in the stockpot, and throw out all solids except the meaty chicken pieces. Let cool slightly so it is easier to remove meat from bones.
Boil the strained broth again and add the rice (or noodles).
While the rice (or noodles) is cooking, remove the bones and skin form the chicken and chop the chicken meat into small pieces.
When the rice is cooked add the chicken pieces and stir through.
Serve up in bowls, garnish with a little chopped parsley.

Bon appétit and get well soon!
Posted by Intelliblog at 21:56