MOVIE MONDAY - THE GIRL WITH THE DRAGON TATTOO 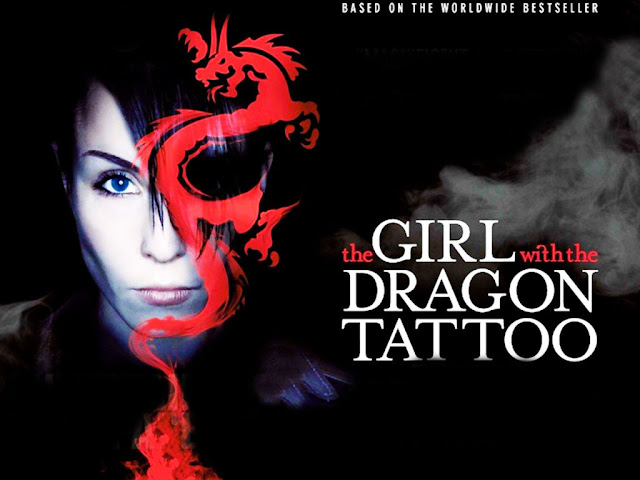 “He who fights with monsters should be careful lest he thereby become a monster.” - Friedrich Nietzsche

We watched the 2009 Niels Arden Oplev movie “The Girl With the Dragon Tattoo” at the weekend. The film is from Stieg Larsson’s novel of the same name, and part one of the “Milennium Trilogy”. I haven’t read the book and I am always a little reluctant to see a movie before I read a book, especially in the case where the book is a best seller and there has been so much publicity surrounding both book and movie. However, as I don’t have time at the moment to read the book and seeing that that the movie was on special at our DVD store, it was to be an exception to the rule. To this end, this is a film review and not a book review.

First, this is Swedish film and hence subtitled. I love subtitles, but realise there are many people out there who hate them with a passion. I often find that I have to watch even English-speaking film with subtitles nowadays, as the diction and accents are so bad and the sound effects and/or music so loud, that trying to make sense of what everyone is saying is an effort. In fact I always ensure that there are subtitles with all DVDs we buy. We are rather spoilt that way now with DVDs…

Swedish films of course have a great legacy – all I need to mention is the magic name Ingmar Bergman – and all new Swedish films have a certain yardstick with which one measures them. Having said that, let’s forget all about it! This is no Bergman movie, although it is a very good movie. Bergman’s films were about relationships and emotions, human nature and character, with little action and yet curiously absorbing and riveting. “The Girl…” is an action-packed thriller, violent and raw. It explores the dark beastliness of ugly humans and lays bare cruelty, madness, brutality, sadism, perversion, ruthlessness and lack of basic humanity. This is not a film for the squeamish and explores those black parts of the human soul that most of us hunt for within us in order to eradicate. But, as one of the characters says in the film: “Everyone has secrets…”

The story (and I won’t spoil it for you) centres around Mikael Blomkvist, an investigative reporter for a current affairs magazine, who is convicted for libel after being framed. As he is waiting to serve his sentence he is approached by the elderly Henrik Vanger, of the filthy rich Vanger clan. Henrik wants Mikael to investigate the murder of his young niece, Harriet, a crime that happened 40 years previously. The reluctant Mikael accepts and just when he thinks the task is impossible, given the tight-knit protectiveness of the inimical Vanger clan and the length of time that has elapsed from the crime, he gets a cryptic email that presents to him the first clue towards finding out the truth. The email is from Lisbeth Salander, a troubled young woman (yes, she has a dramatic dragon tattoo on her back) who makes a living as a computer hacker/private investigator with no scruples, it seems. The two are brought together and begin to uncover the dark secrets of the Vangers.

The film is directed impeccably by Niels Arden Oplev, and gentleness is superimposed with violence, cruel rapes contrasted with scenes of immense tenderness, passion with stirrings of love. The actors are all excellent and the cinematography wonderful. Top marks go to the starring duo of excellent actors, Michael Nyqvist and Noomi Rapace who play Mikael and Lisbeth, respectively. The music by Jacob Groth supportive and appropriate, never intrusive. We enjoyed the film, although it was a full 152 minutes long (the Swedish version is three-hours long). It is an excellent thriller, although replete with violence and images that shock and disturb. I recommend it to adult viewers who are not shocked by violence and confronting themes.

Now, will read the book? Probably not! However, I look forward to watching the other two parts of the trilogy: “The Girl Who Played with Fire” and “The Girl Who kicked the Hornets’ Nest”.
Posted by Intelliblog at 21:55