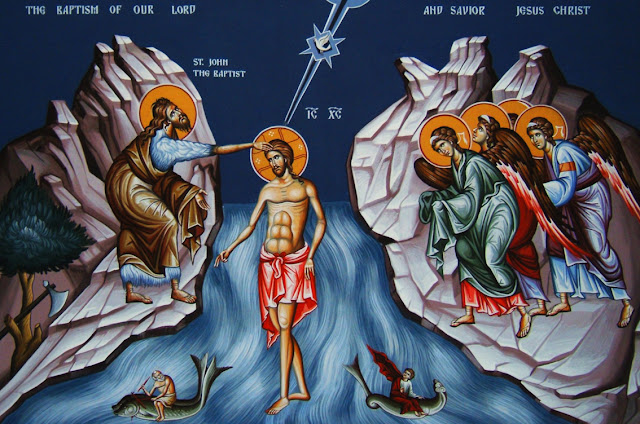 “A contented mind is the greatest blessing a man can enjoy in this world.” - Joseph Addison

Today is the day of the Epiphany (or Theophany, as it is alternatively termed). In Hispanic and Latin culture, as well as some places in Europe, it is known as Three Kings’ Day (Dia de los Reyes) in honour of the Magi.

epiphany |iˈpifənē| noun ( pl. -nies) (also Epiphany)
The manifestation of Christ to the Gentiles as represented by the Magi (Matthew 2:1–12).
• The festival commemorating this on January 6.
• A manifestation of a divine or supernatural being.
• A moment of sudden revelation or insight.
DERIVATIVES
epiphanic |ˌepəˈfanik| adjective
ORIGIN Middle English: From Greek epiphainein ‘reveal.’ The sense relating to the Christian festival is via Old French epiphanie and ecclesiastical Latin epiphania.

This is an important Christian Festival, especially as observed by the Greek Orthodox and Roman Catholic churches, representing the Eastern and Western Christian traditions respectively. The Feast Day is significant in a number of ways: In the East, where it originated, the Epiphany celebrates the baptism of Jesus by John the Baptist in the River Jordan. It also continues to celebrate Jesus’ birth (Christmas and Epiphany were only separated as different Feast Days in the fourth century AD, where Christmas was relegated to 25th December).

The Western Church began celebrating the Epiphany in the 4th century where it was, and still is, associated with the visit of the Magi (i.e. the wise men) to the infant Jesus when God revealed himself to the world through the incarnation of Jesus. For many Protestant church traditions, the season of Epiphany extends from 6 January until Ash Wednesday, which begins the season of Lent leading to Easter. Other traditions, including the Roman Catholic tradition, observe Epiphany as a single day, with the Sundays following Epiphany counted as Ordinary Time.

The term Theophany is particularly apt for the day as during the baptism of Christ, God spoke up from the heavens and revealed Christ as his Son, and the Holy Spirit descended and hovered above Christ’s head. This manifestation of the Trinity was recognised by John the Baptist and all the faithful present at the event.

theophany |θēˈäfənē| noun ( pl. -nies)
A visible manifestation to humankind of God or a god.
ORIGIN Old English , via ecclesiastical Latin from Greek theophaneia, from theos ‘god’ + phainein ‘to show.’

The Theophany is celebrated with particular magnificence in the Greek Orthodox Church where the baptism of Christ is symbolically recreated by casting a crucifix into the sea (or lake, or river, depending on the vagaries of geography!) and blessing of the waters. The crucifix is recovered by young people who dive after it and the successful one who presents it back to the priest receives a small cross and a special blessing. The faithful take back home holy water from the special liturgy and this is used to ritually cleanse and bless the home.
Posted by Intelliblog at 00:55