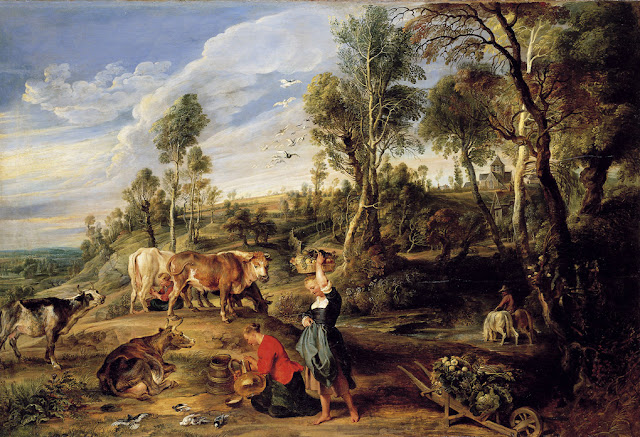 “I roamed the countryside searching for answers to things I did not understand.” - Leonardo da Vinci

We had a wonderful Sunday today. The heating was on as it was quite cold outside, and we had a nice late breakfast with classical music and warm toast that made the house cosy. As the sun peeped out of the clouds now and then, we decided to venture out despite the weather report predicting showers and a cool day with a maximum temperature of 18˚C expected. We dressed appropriately and after some vacillation ended up going to Yarra Bend Park. This is the largest area of unspoilt native bushland left in inner Melbourne. It comprises 260 hectares of park only 4 km from the city centre with a large river flowing through it is something that few large cities can boast. This is about a kilometer from our house so it is handy to visit.

Fortunately the weather held for some time and we were able to walk along the river for a couple of hours, taking pictures, looking at the bushland, observing the many boats and canoes in the river and taking lots of beautiful photos. One of the highlights was having a look at the bat colony, which numbers about 12,000. They were all concentrated in a relatively small area of the park, hanging like furry/leathery fruits from the topmost branches of the gum trees. At about noon as we were going back to our car the showers started and thankfully we didn’t get wet, but also enjoyed the outing.

Rubens was a Flemish painter and diplomat, who was educated in languages but nevertheless is most remembered as an accomplished baroque master. After apprenticeships in Antwerp, he was admitted to the painters’ guild in 1598. He went to Italy in 1600 and until 1608 worked for the duke of Mantua, who in 1603 sent him to Spain to present paintings and other gifts to Philip III, the first of many diplomatic missions he would perform for various courts over three decades. The enormous fame he would achieve made him welcome at royal courts, and sovereigns often discussed affairs of state while they sat for portraits.

Returning to the Spanish Netherlands (now Belgium) in 1608, he was appointed court painter to the Spanish Habsburg regents, and over the next decade produced numerous altarpieces. He was a devout Catholic and became the Counter-Reformation’s chief artistic proponent in northern Europe. In 1620 he was contracted to design 39 ceiling paintings for the Jesuit church, to be completed by his assistants, including the young Anthony Van Dyck. In France he painted 21 large canvases for Marie de Médicis and a tapestry cycle for Louis XIII; for Britain his Allegory of Peace and War (1629 – 30) commemorated the success of his own diplomatic efforts to end hostilities between Britain and Spain, and he decorated the royal Banqueting House for Charles I; in Spain he did more than 60 oil sketches for Philip IV’s hunting lodge.

Both kings (Charles and Philip) knighted him. His output was quite enormous, but he had a large studio full of apprentices and assistants who aided him in his work. Rubens was the greatest exponent of Baroque painting’s dynamism, vitality, and sensual exuberance. His profound stylistic influence extended over three centuries. His paintings often depicted religious and mythical heroes in realistic and exuberant poses, but he is equally respected for his landscapes and portraits. He is considered one of the greats in Western art history.
Posted by Intelliblog at 11:04