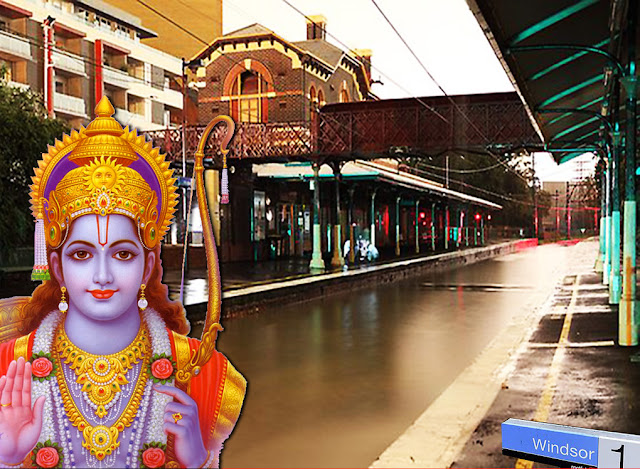 “The best thing one can do when it’s raining is to let it rain.” - Henry Wadsworth Longfellow

The heavens opened up last night and we experienced the wettest April day in more than 30 years. Near-record rainfall fell on parts of Melbourne with the equivalent of a month’s rainfall in about 24 hours. Flash flooding, damage to buildings, roof leaks and disruptions to transport all meant that State Emergency Services personnel, police and fire services were kept very busy. More than 200 calls to emergency services were made last night during the storms that woke many up (including us!). The Eastern suburbs (especially Burwood, Doncaster and Nunawading) were hardest hit by the storms, but the inner city was also flooded in many areas. There were reports of drivers being rescued from cars trapped in flooded roads near Syndal Station in Glen Waverley.

Rail services were disrupted, as low lying stations and cuttings were inundated, with Windsor station tracks heavily flooded, disrupting rails services for about five hours as pumps had failed. Rail system faults also surfaced at various places and caused added disruptions and delays. My own train this morning at 6:31 am was delayed for about 15 minutes, which delay time was not unusual throughout the public transport system, with trams and buses also delayed. Needless to say that traffic was particularly heavy this morning. More showers and low temperatures are forecast for tomorrow. There has also been some snow falling in the Alpine regions, and predictions for a heavy winter with good snowfalls are making the skiers very happy.

Listening to the heavy rain last night while lying in my warm bed made me grateful and content that I was in a safe, dry and warm place, while many others were not so fortunate. How many homeless were coping with the deluge, how many people had damage to heir house to deal with, how many were rushing to their aid. A siren of an emergency vehicle passing by outside underlined this thought. The sound of the rain lulled me back to sleep only to wake up later during another period of heavy rainfall. I got up and looked outside. The rain fell in long sheets, highlighted by the streetlights. Big puddles of water on the road threw wave of water to the gutter as cars rushed by, their headlights showing the heavy rain falling. I felt cold and went back to bed falling asleep again, unaware of the extent of the damage caused by the heavy rain until the next day.

Today is the Hindu festival of Sri Ram Navami (राम नवमी), celebrating the birth of Lord Rama to King Dasharatha and Queen Kausalya of Ayodhya. Ram is the 7th incarnation of the Dashavatara of Vishnu. The festival falls on the ninth day of the “shukla paksha”, or bright phase of the moon, in the lunar month of Chaitra (April-May). The first day of Chaitra, or “Ugadi”, also marks the beginning of the Indian year.

Rama is one of the ten avatars of Lord Vishnu, and one of the two most popular, along with Krishna. Consequently, Ram Navami is widely celebrated, though not on the scale of festivals like Diwali or Dussehra. According to legend, Rama was born at noon. Rama is the epitome of perfection, the “uttama purusha”, fulfilling all his duties towards both family and subjects.

Rama was the first of the four sons of King Dasharatha of Ayodhya. When it was time for Rama to be made crown-prince, his stepmother, Kaikeyi, got Dasharatha to send him to the forest for 14 years. His wife Sita and his brother Lakshmana also accompanied him. In the forest, Sita was kidnapped by Ravana, the demon king of Lanka. Rama, together with Hanuman and the monkey army, built a bridge to Lanka, killed Ravana, and brought Sita back.  It is believed that listening to the story of Rama cleanses the soul. Meditating on the noble Rama and chanting his name is believed to ease the pains of life and lead one to moksha, or liberation. It is also common practice to chant the name of Rama while rocking babies to sleep.

Though Ram Navami is a major festival for Vaishnavites, it is widely celebrated by worshippers of Shiva, too. It is considered auspicious to undertake a fast on the day in the name of Rama. The more devout fast for nine days, from Ugadi to Ram Navami. The objective of the fast is not to ask for special favours of the deity but to seek perfection as a human being. Devotees perform elaborate “pujas” (devotions) and chant the name of Rama.

Temples of Rama have special services and bhajan sessions through the day.  One significant and popular element of the celebration is the Ramayana parayana, a discourse on the Ramayana, by a “pundit” or a professional story-teller. It usually lasts nine days, beginning on Ugadi and ending on Ram Navami. A skilled story-teller who can liven up the event by weaving in contemporary events attracts massive crowds.

Since Rama is also one of the most sung-about deities in Indian classical music and literature, week-long (and sometimes, month-long) musical programmes are organised.  Sacred places associated with Rama, like Ayodhya, Ujjain and Rameshwaram, draw tens of thousands of devotees. In Rameshwaram, thousands take a ritual bath in the sea before worshipping at the Ramanathaswamy temple.  Many places in North India host fairs in connection with the festival, culminating in spectacular fireworks on Ram Navami.
Posted by Intelliblog at 22:47