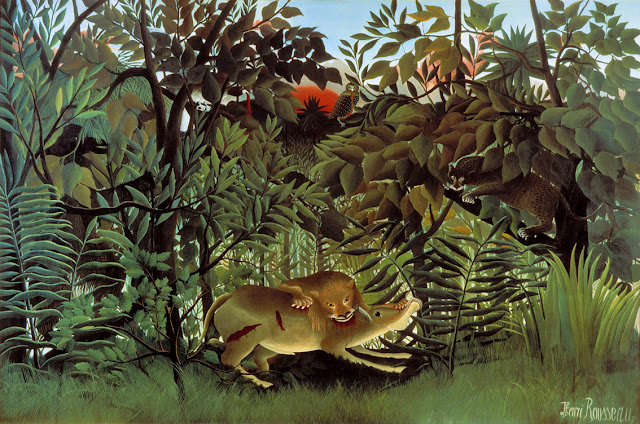 “The earth we abuse and the living things we kill will, in the end, take their revenge; for in exploiting their presence we are diminishing our future.” - Marya Mannes

Today is World Environment Day, which is an annual event aimed at being the biggest and most widely celebrated day for positive environmental action, worldwide. The commemoration of this day began in 1972 and since then the day has grown to become the one of the main vehicles through which the UN stimulates awareness of the environment and encourages political attention and action all around the world.

The UN Environment Programme is able to personalise environmental issues and enable everyone to realise not only their responsibility, but also their power to become agents for change in support of sustainable and equitable development.  This is also a day for everyone to come together to ensure a cleaner, greener and brighter outlook for themselves and future generations. This is the day to do something positive for the environment: Organise a neighborhood clean-up, stop using plastic bags and get your community to do the same, plant a tree or better yet organise a collective tree planting effort, walk to work, start a recycling drive. The possibilities are endless and it’s up to everyone of us to invest in them, not only today, but every day of the year.

Art Sunday today looks at a very apt work. It is one of the jungle pictures of Henri Julien Félix Rousseau (1844 –1910), the French naïf artist. It is “The Hungry Lion” and it features a scene in the African jungle. The rain forest’s thick green foliage is illuminated by a deep red setting sun. In the centre, a lion bites deeply into the neck of an antelope. Other animals are visible in the dense undergrowth: A panther at the right, an owl holding a bloody strand of meat in its beak in the centre, with a second bird to the left, and a dark ape-like shape lurking in the left. Rousseau based the central pair of animals on a diorama of stuffed animals at the Paris Muséum National d’ Histoire Naturelle, entitled “Senegal Lion Devouring an Antelope”.

Rousseau himself supplied a very long subtitle to his work: “The lion, being hungry, throws itself on the antelope, [and] devours it. The panther anxiously awaits the moment when it too can claim its share. Birds of prey have each torn a piece of flesh from the top of the poor animal, which sheds a tear. The sun sets.”

“The Hungry Lion” is now held by the Fondation Beyeler and is exhibited at their gallery at Riehen, near Basel, in Switzerland. It is a huge canvas, 200 cm × 301 cm painted in oils. Despite its apparent simplicity, this and other jungle paintings of Rousseau were built up meticulously in layers, using a large number of green shades to capture the lush exuberance of the jungle. One cannot but immerse oneself in this painting and glorify in the pristine natural depicted. The violence of the scene is hardly alarming as it depicts something one expects to see in nature. Survival of the fittest, the food chain in action and the great balance of the environment.

Rousseau was a clerk in the Paris toll service who nevertheless dreamed of becoming a famous artist. He is also known as “Le Douanier”, meaning the “Toll Officer”. His “day job” allowed him to support his family but also gave him the means to pursue his true passion, art. From his post at the toll gates and on strolls through the suburbs of Paris, Rousseau observed the world and filled numerous notebooks with sketches from nature. He retired at age forty-nine to become a full-time artist.

Although he painted many exotic scenes, Rousseau never left France. He often explored the Jardin des Plantes, a botanical garden and zoo in Paris where he studied and drew plants and wild animals. He visited museums for artistic inspiration, and based some painted characters on pictures in books and magazines. The public laughed at Rousseau’s bold, primitive style, but he was admired and championed by modern artists such as Pablo Picasso and the surrealists.

Rousseau’s work is characterised by heavy dependence on line, stiff and unrealistic portraiture, wild juxtapositions and flattened perspective from which the Cubists and Surrealists drew heavily. His imagination plays a major role in his work and it seems wrong to label his work as “primitive” without acknowledging the sense of wonder behind it. Though no contemporary artist was doing anything even remotely like his work, and critics were unkind (as critics so often are), Henri Rousseau remained supremely confident in his talent. He took it as his due that a younger generation of artists - Picasso, Toulouse-Lautrec, Redon, Gauguin and Kandinsky among them - would draw inspiration from and champion his vision. Rousseau’s ultimate goal was to have his paintings hung in the Louvre. This came to pass, even if it was unfortunately posthumously.
Posted by Intelliblog at 01:51