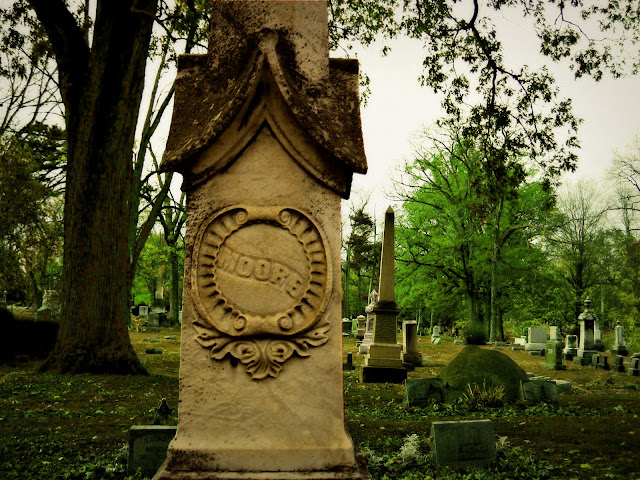 “After your death you will be what you were before your birth.” - Arthur Schopenhauer

The image from Magpie Tales is a rather lugubrious one today, perhaps in keeping with the Northern Hemisphere season, and also attuned to All Souls’ Day (November 2nd). Death is an inevitability that we must all face up to sooner or later. The advantages of doing this sooner are immense, as we can spend our lives doing useful, wonderful things that are more productive than sitting around worrying about dying. Perhaps most people have no issue with the idea of death itself, but are more concerned about the process of dying. The two concepts are quite different and should be distinguished.

Many people are concerned that they will be in pain when they are dying. Whenever we hear of someone who died, our first question seems to be: “Did s/he suffer? Was s/he in pain?” I acknowledge that concern about the process of dying need include consideration of the physical effects and manifestations of the disease or other cause of death, but most people seem to have serious concerns about the emotional, spiritual and metaphysical aspects of the cessation of life. Add to that the feelings of those who are left behind and our concern for them and how they will cope with our departure and one immediately begins to understand why death causes such disquiet for many of us.

Well, in the Southern Hemisphere we are in our last month of Spring, Southern November being the equivalent of Northern May. The weather is very changeable, with many showers and Spring rains that are making the gardens look green and are filling them with flowers. The ancient Greeks and Romans considered May a mournful and unlucky month, dedicated it to the dead, thus no weddings were celebrated in this month. I have altered the image to reflect our season, with apologies to Magpie Tales…

The equinox balances day and night
And sun aligns itself most carefully.
Spring showers turn to rain
And iron weeps rust.

The air is warmer, birds soar into flight
But moon wanes most mournfully.
The deep ache turns to pain
And dreams to dust.

Spring is a most melancholy season
Despite the wild burgeoning of green.
Flowers suit more the grave,
And bitter thought.

I try to find in all a rhyme, a reason,
But deep down lurks my vengeful spleen;
How easier if all I forgave,
No longer fought…
Posted by Intelliblog at 21:23