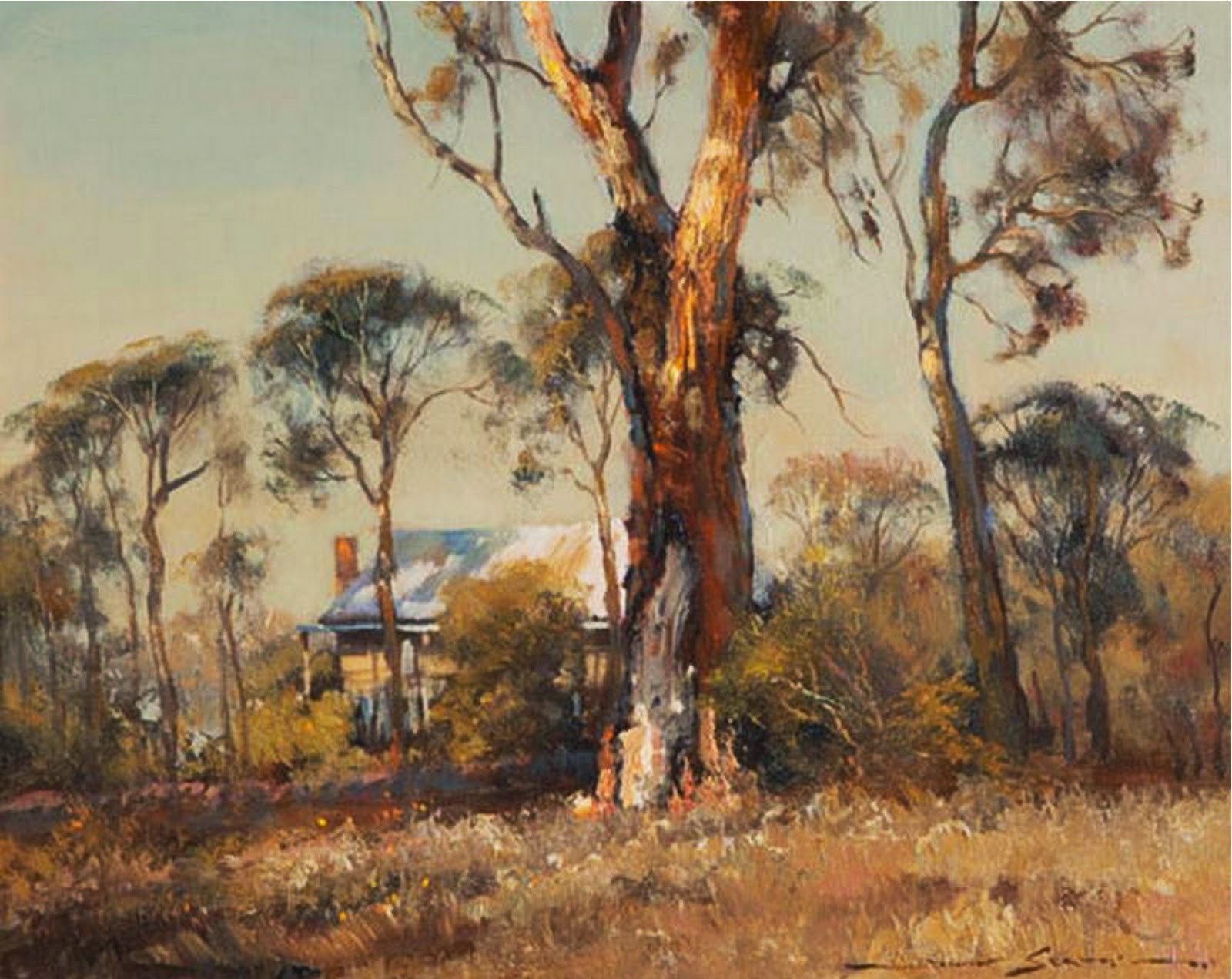 “No one is an artist unless he carries his picture in his head before painting it, and is sure of his method and composition.” - Claude Monet

For Art Sunday, a contemporary Australian Artist, Douglas Sealy. Sealy studied portrait and landscape painting in oils under the famous artist, Reg Campbell. In the following years, subject matter has extended to seascapes, steam trains, aircraft, still lifes, nudes and floral paintings. His painting has developed in the mediums of watercolours, pastels, acrylics, conté and charcoal.

He was born in 1937 in the Australian outback town of West Wyalong in central New South Wales. He recounts how he always wanted to become an artist, something he realised from a very early age. As he was growing up he didn’t know how to make his dream come true. While his father was away at war, he discussed it with his mother but art was not on the curriculum for boys in New South Wales at that time. There were no art classes available and even artists’ paints were not for sale in his town. He used to walk an extra mile on top of the six he had to walk to school in order to admire some paintings in hotel verandahs, but he felt that it was worth it.

Over the next 12 years, he picked up bits and pieces of information from correspondence courses and tried to produce pictures himself. He then had the good luck to meet established artist Reg Campbell who was exhibiting some of his paintings in a Department Store in the nearby regional centre of Forbes. The exhibition was a dream come true of young Sealy and he began an acquaintance with Campbell, which was to become that of Master and Student and finally that of a 33-year friendship.

Doug Sealy is widely sought after as a demonstrator, teacher, judge and art critic. He has tutored at Charles Sturt University. His art awards included five firsts and one second prize at Sydney Royal Easter Shows and has been accepted three times for the Wynne Prize, Camberwell $20.000 and Gold Medal Art Award.

To date, sixteen of Doug Sealy’s originals have been reproduced into print form and distributed worldwide. His paintings have been included in important collections in Australia, Japan, USA, Canada, England, Scotland, Denmark, Germany, Switzerland, Hong Kong and Indonesia.

Doug Sealy also represents NSW in the Chamber of Commerce Building in Canberra and the Prime Minister’s Department has purchased six of his paintings. Four of his paintings are represented in the only permanent public art collection in Australia, The Australian War Memorial Canberra. Doug has held 25 one-man exhibitions, received 17 important art awards and commendations including six Royal Easter Show (Sydney) awards.

The painting above is “Summer Gums”, (Oil on canvas panel, 40 x 50 cm). Sealy’s style is quite painterly but non-individualistic. It is derivative from classic Australian landscape artists of the late 19th and early 20th century. He pays homage to the Heidelberg school, although the finesse of their work is lacking and he attempts to capture the magical light of Heysen’s work, as is evident from the work illustrated. His composition can be erratic and his palette often quite varied. All in all, though, his is a style that finds resonance with the buying public and as a consequence he is a popular painter.
Posted by Intelliblog at 18:21