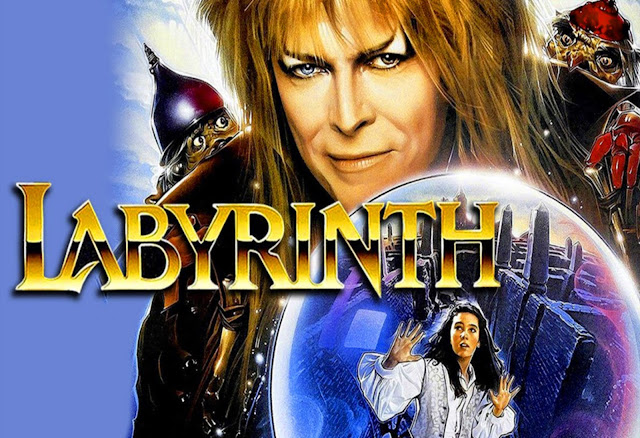 “I don’t know where I’m going from here, but I promise it won’t be boring.” - David Bowie

David Robert Jones (8 January 1947 – 10 January 2016), known as David Bowie, was an English singer, songwriter, multi-instrumentalist, record producer, arranger, painter and actor. He was a figure in popular music for over five decades, and was considered by critics and other musicians as an innovator, particularly for his work in the 1970s. His androgynous appearance was an iconic element of his image, principally in the 1970s and 1980s.

Born and raised in Brixton, south London, Bowie developed an early interest in music although his attempts to succeed as a pop star during much of the 1960s were frustrating. “Space Oddity” became his first top five entry on the UK Singles Chart after its release in July 1969. After a three-year period of experimentation, he re-emerged in 1972 during the glam rock era with his flamboyant and androgynous alter ego Ziggy Stardust. The character was spearheaded by his single “Starman” and album The Rise and Fall of Ziggy Stardust and the Spiders from Mars. The relatively short-lived Ziggy persona proved to be one facet of a career marked by reinvention, musical innovation and visual presentation.

In 1975, Bowie achieved his first major American crossover success with the number-one single “Fame” and the album Young Americans, which the singer characterised as “plastic soul”. The sound constituted a radical shift in style that initially alienated many of his UK devotees. He then confounded the expectations of both his record label and his American audiences by recording the electronic-inflected album Low, the first of three collaborations with Brian Eno. Low (1977), Heroes (1977), and Lodger (1979) - the so-called “Berlin Trilogy” albums - all reached the UK top five and received lasting critical praise.

After uneven commercial success in the late 1970s, Bowie had UK number ones with the 1980 single “Ashes to Ashes”, its parent album Scary Monsters (And Super Creeps), and “Under Pressure”, a 1981 collaboration with Queen. He then reached a new commercial peak in 1983 with Let’s Dance, which yielded several successful singles. Throughout the 1990s and 2000s, Bowie continued to experiment with musical styles, including blue-eyed soul, industrial, adult contemporary, and jungle.

Bowie also had a successful but sporadic film career. His acting roles include the eponymous character in The Man Who Fell to Earth (1976), Major Celliers in Merry Christmas, Mr. Lawrence (1983), Jareth, the Goblin King in Labyrinth (1986 – see below), Pontius Pilate in Martin Scorsese’s The Last Temptation of Christ (1988), and Nikola Tesla in The Prestige (2006), among other film and television appearances and cameos.

Bowie stopped touring after his 2003–04 Reality Tour, and last performed live at a charity event in 2006. On 8 January 2016, the date of Bowie’s 69th birthday, the album Blackstar was released; he died two days later. Throughout his career, Bowie sold an estimated 140 million records worldwide. In the UK, he was awarded nine Platinum album certifications, eleven Gold and eight Silver, and in the US, five Platinum and seven Gold certifications. He was inducted into the Rock and Roll Hall of Fame in 1996.

Labyrinth is based on the premise that it’s only when we lose something that we realise its real worth. A young girl, Sarah, (Connelly) wishes that her annoying baby stepbrother, Toby, (Froud) would disappear, only to discover afterwards that she does indeed love him and misses him. Once Sarah’s grief sinks in, the Goblin King (Bowie) enters and challenges Sarah to navigate a huge maze in less than thirteen hours. If she is successful, Toby will return to her – if not, her brother will become a goblin.

The acting is wonderful and Jim Henson’s puppets are quite amazing. With Bowie’s involvement, one would expect song and dance sequences, and yes there are a few of those, not to disappoint Bowie’s fans. It is a wonderful film for the whole family, pleasing parents (uncles, aunts, grandparents, etc) as well as children. The fantasy is magical, the characters memorable and the cinematography, art direction and special effects great!

Rest in Peace, David Bowie, your legacy will be appreciated by many generations yet to come.
Posted by Intelliblog at 17:53