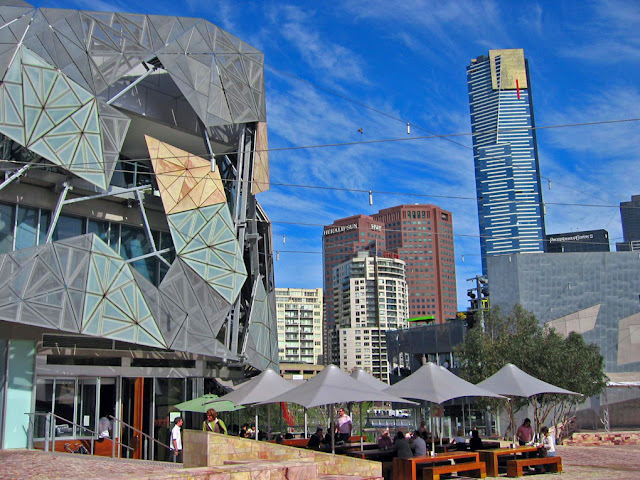 “One part of knowledge consists in being ignorant of such things as are not worthy to be known.” Crates of Athens

Well, Melbourne has been recognised as the intellectual capital of Australia, but also a world centre of knowledge! On November 19th, Melbourne was announced as the winner of the Most Admired Knowledge City Awards, better known as MAKCi Awards (pronounced maxi). We defeated Singapore and last year’s winner Barcelona. Fittingly, the award was presented in Melbourne as part of the 2010 Knowledge Cities World Summit.

The submission-based award assessed 20 cities on their cultures, academic and medical research, liveability, economic strengths, diversity and sustainability. Melbourne has been a consistent favourite and it seems that part of the reason for our success is our “cappuccino culture”. The numerous suburban neighbourhoods with their bars, cafés, sidewalk restaurants and out-of-the-way laneways encourage people gathering, talking and interacting on an intellectual level. Conversations engender knowledge, which is created by people engaging with one another and sharing ideas.

The MAKCi awards are a World Capital Institute initiative that seeks to identify and recognise the progress achieved by urban communities around the world that are implementing knowledge-based development (KBD) strategies under the flag of Knowledge-Cities. Robert Doyle, Melbourne Lord Mayor, is the patron of the Knowledge Cities World Summit and as can be expected, he was delighted Melbourne had received this year’s award.

This year Melbourne celebrated its 175th anniversary. Although Melbourne was founded on primary industries, gold and manufacturing, today Melbourne’s economy is driven by knowledge-based industries in education, biotechnology, advanced manufacturing and design. It is a city world-famous for its culture, arts, literature, fashion and the hosting of major events. It is no surprise that we are now recognised as a seat of intellectual power, which has been made possible by long-term investments in good people and good planning and collaborative efforts and commitment to achieving success.

Melbourne is the home of first class educational institutions (both secondary and tertiary), world-class researchers, good urban planning and creativity. A knowledge city is one where multiple factors work together to achieve a good quality of life for citizens. It is no surprise in view of this award that IBM had chosen Melbourne as the Southern Hemisphere base for its “collaboratory” with the University of Melbourne. Another important development (that I have been involved in) is the development of a major cancer uber-centre (treatment and research) that will have as collaborators several major hospitals, educational institutions, research laboratories and the University of Melbourne.

It is a good city to live in!
Posted by Intelliblog at 22:27