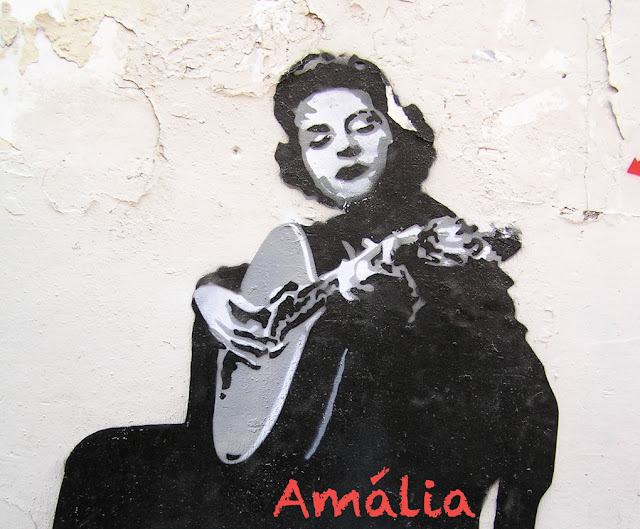 “Is there anything better than to be longing for something, when you know it is within reach?” - Greta Garbo

Another busy week that was quite tiring and on some occasions stressful. Thankfully today was a day of rest and relaxation. We went shopping this morning, followed by a visit to the library. It’s always good to visit the library, and today it seems that many people had the same idea. The weather may have helped as it was hot and quite muggy. Libraries are always cool an air-conditioned! This evening dinner out and a wonderful time just enjoying intimate company.

For Song Saturday today, a singer that was a favourite of my grandmother, my mother and now of myself! She is the famous Portuguese Fado singer, Amália Rodrigues (1920-1999). She had a brilliant 40-year international career and her velvet voice was perfectly suited to the Portuguese “blues” of the fado – a passionate, mournful and emotional style of music. This music is usually linked to the Portuguese word “saudade” which symbolises the feeling of loss (a permanent, irreparable loss and its consequent life-lasting damage).

This song, “Coimbra” was written in the 1930’s, with music by Raul Ferrao and lyrics by José Galhardo, but more widely known as “April in Portugal”. Coimbra is a city in Portugal on the Mondego River about 100 miles north of Lisbon. It is also the seat of an old university, and the original lyrics of this romantic song are such an odd, incomprehensible allusion to student life that one can hardly imagine that anybody wrote them with any expectation that the song would become world-famous. It did indeed achieve fame, though, with new title and new lyrics in English, French and other languages. Choupal is a district along the Mondego, and Inês was the heroine of a medieval drama.

Coimbra, where once upon a time
The tearful story of the lovely Inês
Took place…

Coimbra of the songs
So tender that you turn
Our hearts to the light.
Coimbra of the professors,
For us, your singers,
The fount of love you are.

Coimbra is a lesson of dreams and tradition.
The lens is a song and the moon is the faculty.
The book is a lady. Whoever just passes knows
And learns to say ‘longing’.
Posted by Intelliblog at 01:17