A BOOK REVIEW - THE KITE RUNNER 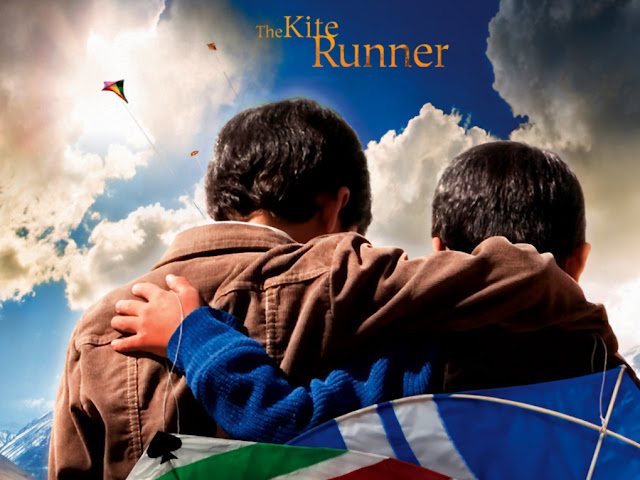 “For my part I believe in the forgiveness of sin and the redemption of ignorance.” - Adlai Stevenson

I am reading a book by Khaled Hosseini, “The Kite Runner”, first published in 2003. Khaled Hosseini was born in 1965 in Kabul, the Afghani capital. His father was a diplomat with the Afghan Foreign Ministry and his mother taught Farsi and History at a large high school in Kabul. The Afghan Foreign Ministry relocated the Hosseini family to Paris in 1976 but when they were ready to return to Kabul in 1980, Afghanistan had witnessed a bloody communist coup and the invasion of the Soviet army. The Hosseinis sought and were granted political asylum in the United States. In the autumn of 1980, Hosseini’s family moved to San Jose in California. Khaled graduated from high school in 1984 and enrolled at Santa Clara University where he earned a bachelor’s degree in Biology in 1988. The following year, he entered the University of California School of Medicine in San Diego, where he graduated with a Medical Degree in 1993. He now lives in northern California.

While in practicing medicine, Hosseini began writing his first novel, “The Kite Runner”, in March of 2001. In 2003, as soon as the novel was published it immediately became popular and has since become an international bestseller, translated widely and published in 48 countries. In 2006 Hosseini was named a goodwill envoy to UNHCR (United Nations Refugee Agency). His second novel, “A Thousand Splendid Suns” was published in the Spring of 2007. Khaled has been working to provide humanitarian assistance in Afghanistan through “The Khaled Hosseini Foundation”, which he founded after an emotional trip to Afghanistan made by the author in 2007 with the UNHCR.

“The Kite Runner” is well written, but part of its appeal is its superficial simplicity through which the author touches on some important, profound concepts, and evergreen but also contemporary issues: Friendship, betrayal, forgiveness, guilt, redemption, childhood, sacrifice, politics, terrorism, nationality, violence… The novel reads like a memoir and obviously the author was inspired by some events of his own life, but it really is a novel, not a biography. The numerous and startling twists and turns of the story (sometimes implausible) make for good reading and there are many poignant moments. However, the characters are memorable and through an Afghani’s eyes we see his own anguish over his birthplace and the sad state of affairs that have made this previously obscure country, fodder for the first pages of the press every now and then in recent times.

The story of the novel centres on Amir, the son of a wealthy businessman in Kabul, who is raised in a privileged and protected environment. His friend Hassan, is the son of the servant of Amir. The two children live an idyllic childhood in the relatively stable Afghanistan of the early 1970s and become inseparable. They fly kites, tell stirring stories of magic places and brave warriors until a violent event forever changes their relationship, eventually bonding them in ways than neither of them could have guessed. After Amir and his father escape to America, Amir remains haunted by his past actions and his betrayal of his friend. The major part of the book is Amir’s attempt to exorcise the demons of his past and his efforts to redeem himself of the cowardice that motivated his actions in childhood.

If you haven’t read this book I recommend it most highly and although many parts of it are harrowing, it is full of humanity and deeply felt emotion.

redemption |riˈdemp sh ən| noun
1 The action of saving or being saved from sin, error, or evil: God's plans for the redemption of his world.
• [in sing.] figurative A thing that saves someone from error or evil: His marginalisation from the Hollywood jungle proved to be his redemption.
2 The action of regaining or gaining possession of something in exchange for payment, or clearing a debt.
• archaic the action of buying one's freedom.
PHRASES
Beyond (or past) redemption (of a person or thing) too bad to be improved or saved.
ORIGIN late Middle English: From Old French, from Latin redemptio(n-), from redimere ‘buy back’.
Posted by Intelliblog at 21:32