FUNERAL MARCH FOR A MARIONETTE 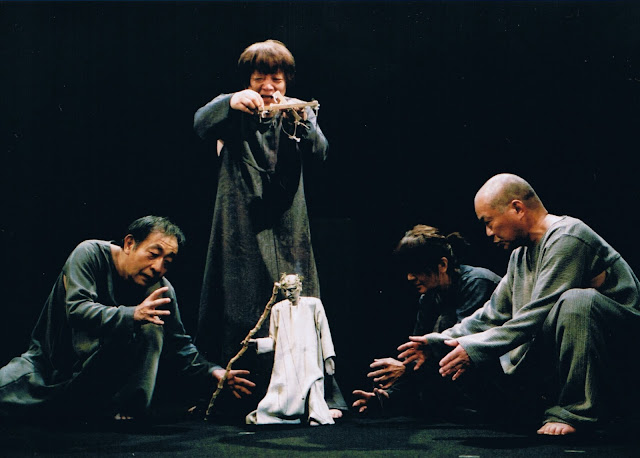 “And when it rains on your parade, look up rather than down. Without the rain, there would be no rainbow.” - Gilbert K. Chesterton

It was a busy day today with lots to get done, and much running around. The rain did not help which was quite heavy. At least our reservoirs are filling up with the total capacity being up to 50% full. Tonight I went out with friends to a restaurant in Southbank (“The Red Emperor”, a favourite Chinese restaurant of mine) and that was very enjoyable.

The restaurant was full as it was Derby Day today (poor horses must have swum to the finish!), so all the women were in their finery and millinery. Add to that the young people dressed up in fancy dress for Halloween and it was a very festive atmosphere. We had a Chinese banquet which was delicious and there was much mirth and conversation, laughter and gaiety. Everyone’s horse seems to have won…

For Music Saturday today, I am continuing on the Halloween theme: Here is Charles Gounod’s “Funeral March of a Marionette”. The music in the beginning represents two members of a Marionette troupe that have had a duel and one of them has been killed. A party of pallbearers is organised and the procession sets out for the cemetery in march time. The music soon takes on a more cheerful spirit, for some of the troupe, wearied with the march, seek consolation at a wayside inn, where they refresh themselves and recall the many virtues of their late companion. At last they get into place again and the procession enters the cemetery to the march rhythm - the whole closing with the bars intended to reflect upon the brevity and weariness of life, even for marionettes.

“Alfred Hitchcock Presents” is well known for its title sequence, which uses this music as its signature. The camera fades in on a simple line-drawing caricature of Hitchcock’s characteristic profile. As the program's theme music, Charles Gounod's Funeral March of a Marionette, plays, Hitchcock himself appears in silhouette from the right edge of the screen, and then walks to center screen to eclipse the caricature. He then almost always says “Good evening” and introduces the programme…