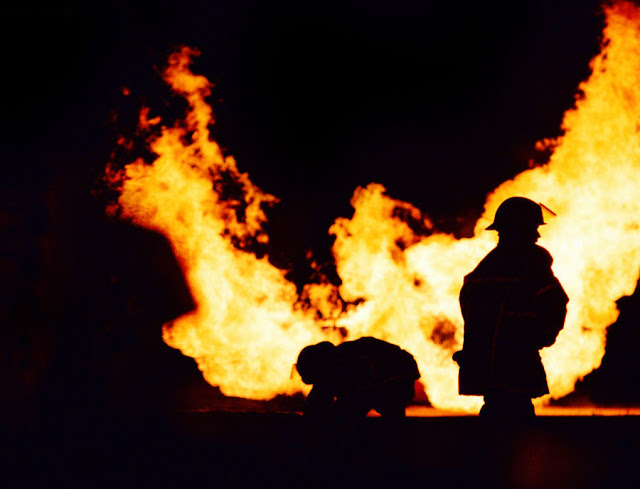 “Valour is stability, not of legs and arms, but of courage and the soul.” - Michel de Montaigne

While we are still reeling under the effects of the floods in the Eastern states of Australia, Perth in Western Australia has been battling bushfires, with nearly 50 homes lost to the flames and many times more of them damaged. We live in a land of extremes and natural disasters seem to be a fact of life for Australians ever since this land was settled. I can only imagine what the poor British thought in the first few decades of the first white settlement when confronted with cyclones, floods, bushfires, locust plagues, sandstorms, high winds…

There is currently much debate in parliament regarding natural disasters and the way that Australia will rebuild and how we shall pay for it. Although most people support a short-term levy (paid by those who can afford it as a tax payment), there is also talk of spending cuts and allowing the budget to go into the red rather than preserving election promises of a balanced budget or one in the black. The aggregated bill that goes into many billions of dollars demands payment and one way or another Australia will have to pay…

These topics seem to be far removed from Poetry Wednesday, however, there is an underlying theme of adversity and courage that manifests itself in the most unfortunate conditions. The Australian psyche seems to be one that rise to the challenge of adverse situations and typically one can rely on one’s fellows in times of hardship in Australia. It is a harsh land that we live in, but it also one of bounty. While Australians are tough to match the land, we all tend to have a soft spot for those of our fellows that are down and out and we are all willing to lend a helping hand and be generous of spirit. However, the courage shown by the victims is something that is admirable and worthy of acknowledgement.

Today, a poem by the English poet William Ernest Henley (1849 - 1902), whose popularity sky-rocketed as it was used in the film of the same name: “Invictus” (2009). The theme of the poem being one of adversity and the struggle to survive, suits my topic well today. Invictus means “unconquerable, invincible” in Latin and if we have strength of character, great stores of courage and fire in our soul, we can overcome anything and we are truly unconquerable!

Out of the night that covers me,
Black as the Pit from pole to pole,
I thank whatever gods may be
For my unconquerable soul.

In the fell clutch of circumstance
I have not winced nor cried aloud.
Under the bludgeonings of chance
My head is bloody, but unbowed.

Beyond this place of wrath and tears
Looms but the Horror of the shade,
And yet the menace of the years
Finds, and shall find, me unafraid.

It matters not how strait the gate,
How charged with punishments the scroll.
I am the master of my fate:
I am the captain of my soul.