MOVIE MONDAY: A WESTERN AND AN... EASTERN 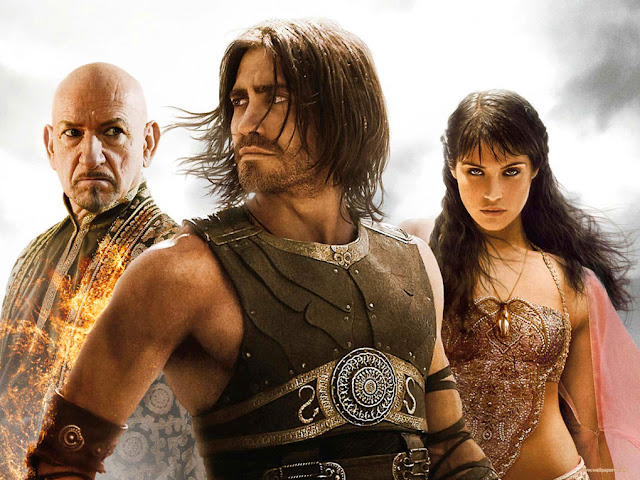 “A good film is when the price of the dinner, the theatre admission and the babysitter were worth it.” - Alfred Hitchcock

We watched two films at the weekend, one relatively new and the other “vintage”. We enjoyed both of them although they were very different and represented two entirely different genres. We can recommend watching both of them, unless you are allergic to one or both of the genres…

The first was the classic 1972 Mark Rydell Western “The Cowboys”, with John Wayne in one of his best mature roles. This was a typical Wayne Western, but it had some surprises, as well as a delightful performance by Roscoe Lee Browne who played the black cook of the cattle drive. The film was big and bold and the cinematography was beautiful. It dealt with a coming of age of a group of young cowboys (aged 9 to 15 years!), who are hired by Wayne in desperation as he cannot get any cattle drovers on account of them running away to take part in the gold rush. Their job is to take a herd of cattle across the country, dealing with all sorts of dangers and villains in the process.

The film is typical Hollywood and in this case that is to its credit. There is a luscious music score, good performances, interesting plot, humour and pathos, light-heartedness and poignancy. John Wayne aged 65 years in this movie gives one of his best performances, I think. He interacts beautifully with his fellow-actors, especially the young boys, who are very convincing and give good performances all round. Bruce Dern makes a convincing villain, but the honours must go to the great performance by Roscoe Lee Browne, whose every scene is a stealer.

We thoroughly enjoyed this movie (which oddly enough we hadn’t seen before) and we can recommend it most highly. As well as lots of shooting, it does have a sad ending, so be warned.

The other film we watched was the 2010 Mike Newell fantasy “Prince of Persia – The Sands of Time”. This was an elaborate fairy tale seemingly straight out of the Thousand-and-One-Nights. The Disney studio, which was responsible for this movie, has a tradition of such fare and it does it well. The movie was inspired by the video game series “Prince of Persia”, so I’m sure we shall see one or two sequels, although at a budget of $200,000,000 to be made, it still has to earn a quid or two to break even!

The film concerns itself with the King of Persia and his three sons, two of whom are his own and one of whom is adopted. The adopted son is the hero of the story, Dastan, played by Jake Gyllenhaal. Gemma Arterton plays his leading lady, Tamina, who is the princess of a mysterious sacred city, Alamut. The King’s brother follows the three princes to Alamut to do battle with it as there is evidence that Alamut has a store of weapons that it is selling to the enemies of the King. The city is overtaken by Dastan’s strategy and bravery, and he takes as booty a magic dagger that has the capability of turning back time. However, all is not what it seems, and there is traitor amongst the three Princes – or is there? Alamut had no store of secret weapons (tongue in cheek dig at Iraq’s weapons of mass destruction?) and the Princess Tamina has to grudgingly side with Prince Dastan to recover the dagger and save not only the kingdom, but also the world it turns out.

The film was entertaining and was pure escapism and fantasy. However, as is the case with many Hollywood historical or quasi-historical films what history was shown was grossly inaccurate – but never mind, we won’t show this film in a history class. However, one does wonder, with a budget of $200,000,000 couldn’t they employ a historian to vet the film? But that’s Hollywood for you, the historian’s wages were instead used for the pedicurist who did the dogs’ nails!

One again we enjoyed this film, as it was full of humour, incident, action (some wild parkour sequences!), lavish costumes and scenery, fantastic CGI that blend imperceptibly with the real scenery and actors. The result is a polished, high quality bit of fluff that will keep many amused. Not having seen the video game (much less played it), I cannot comment on how accurate a depiction of the game the movie is, but as a movie it worked for me – within its genre.
Posted by Intelliblog at 21:18