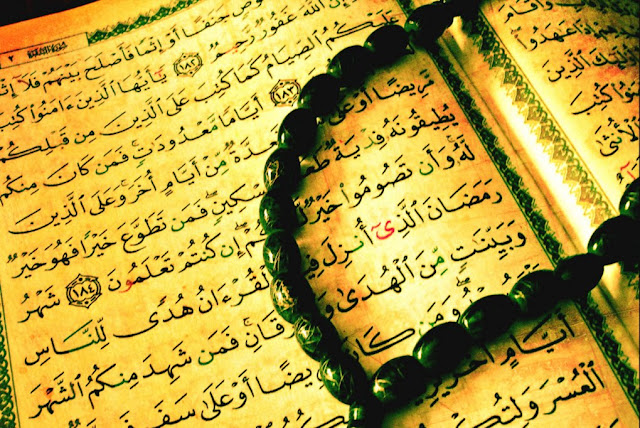 Our Muslim students are observing Ramadan presently. I chanced upon some of them making their way to the prayer room and they were talking about Ramadan. Ramadan is the ninth month of the Islamic Lunar Calendar, which began yesterday. Every day during this month, Muslims around the world spend the daylight hours in a complete fast. It is a time they see as a chance to purify their soul, refocus attention on God, and practice self-sacrifice. Ramadan is much more than just not eating and drinking, it is seen as a great opportunity to rediscover one’s spirituality and come closer to God.

Muslims are called upon to use this month to re-evaluate their lives according to the laws set down by the Qur’an. One is to make peace with those who have wronged one, strengthen ties with family and friends, do away with bad habits. It is one’s chance to clean up one’s life, one’s thoughts, and feelings. The Arabic word for “fasting” (sawm) literally means “to refrain, and this implies not only refraining from food and drink, but also from evil actions, thoughts, and words.

During Ramadan, every part of the body must be actively restrained. The tongue must be stopped from talking idly, backbiting and gossip. The eyes must refrain from looking at unlawful things. The hand must not touch or take anything that does not belong to it. The ears must stop listening to obscene words or idle chatter. The feet must not go to sinful places. In such a way, every part of the body observes the fast or restraint. Food and drink are consumed during the night, but once again restraint should be practiced and no feasting should be undertaken.

Fasting is not merely physical but rather the total commitment of the person’s body and soul to the spirit of the fast or restraint. Ramadan is a time to practice self-restraint; a time to cleanse the body and soul from impurities and re-focus one’s self on the worship of God. Ramadan is the month God chose in which to reveal the final scripture – The Qur’an. It is believed that one of the greatest ways a Muslim honours the Qur’an is by reading it. Many of the pious Muslims of the past would close all books and focus on reading the Qur’an only this month. A Muslim should strive to read the Qur’an in Arabic at least once during this month. The Qur’an consists of approximately 604 pages. This means a person can read the entire Qur’an by the last day of Ramadan from cover to cover by simply reading 4 pages after every prayer.

At the end of Ramadan, the Muslims celebrate with a great feast, Eid ul Fitr. Eid is an Arabic word meaning “festivity”, while Fiṭr means “to break fast”; and so the holiday symbolises the breaking of the fasting period. Eid ul-Fitr lasts for three days of celebration (or more, depending on the country).

Koran |kəˈrän; kô-; ˈkôrän| (also Qur'an or Quran) noun
The Islamic sacred book, believed to be the word of God as dictated to Muhammad by the archangel Gabriel and written down in Arabic. The Koran consists of 114 units of varying lengths, known as suras; the first sura is said as part of the ritual prayer. These touch upon all aspects of human existence, including matters of doctrine, social organisation, and legislation.
DERIVATIVES
Koranic |-ˈränik| adjective
ORIGIN from Arabic ḳur'ān ‘recitation,’ from ḳara'a ‘read, recite.’
Posted by Intelliblog at 01:30