A CHRISTMAS DO IN ST KILDA 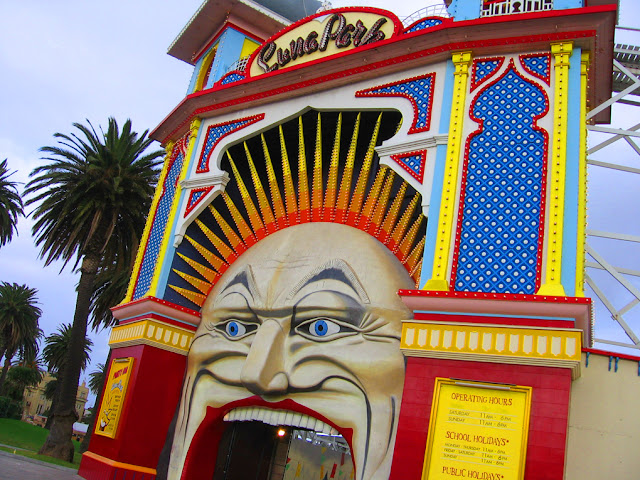 “Take rest; a field that has rested gives a bountiful crop.” - Ovid

We had our work Christmas function this evening. It was initially thought by all that the choice of venue was not ideal as it was in St Kilda, whereas our campus is in the City Centre. We usually have our Christmas do’s in the City, where it is central and people are familiar with the public transport and how to get home. It was a 40 minute drive from the City to St Kilda, and as much on the trams. Peak hour traffic close to Christmas on a Friday night was the reason for that, even though St Kilda is only about 6 km south of the City Centre.

Nevertheless, once everyone got there, it was good and we were able to have drink, relax, nibble on some food and generally relax and have a good time. The function was at “La Kitchen”, a bar/bistro and Breakfast Restaurant associated with the Cosmopolitan Hotel at 2-8 Carlisle St in St Kilda. These were my old haunts as we had lived around that neighbourhood, in Elwood during my secondary school years. The place ha changed quite a lot, obviously, but there was still the same feeling of familiarity, while nostalgia for days long gone overtook me. Several familiar landmarks are still there of course, like the Luna Park, The Esplanade, the Palais Theatre and the familiar streetscapes of Acland St, Fitzroy St, the parks and the hustle and bustle of this most cosmopolitan of Melbourne suburbs (until not too long ago, the red light suburb!).

“La Kitchen” is a centrally situated breakfast-only restaurant that mixes chic and homely stylings with its white-brown-red colour scheme wooden tables and chairs with a red retro ottoman, on polished tiled floors. An outdoor patio looking over Carlisle Street is an extra attraction special to La Kitchen. We were the only ones present as the venue was booked out for us. It ended up being quite nice affair, with an open bar, canapés and finger food, friendly staff and a chatty, sociable group of work colleagues, some family and friends.

I certainly did not stay until the end of the night as it was a late night last night and a very busy day again today. However, it was good to see everyone having a good time and as far as work Christmas are concerned, this was quite a nice quiet affair. I forgot to mention that we had an entertainer booked who amused the crowd with magic card tricks. Cute idea…

Another year nearly over, another year that has flown by!
Posted by Intelliblog at 01:10