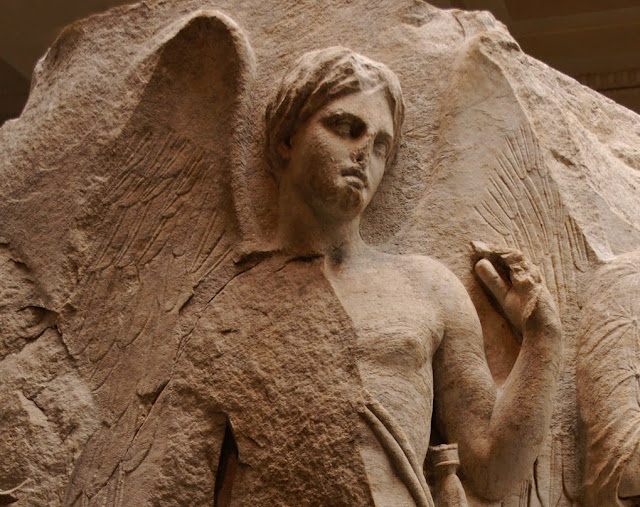 A friend has been admitted to hospital with severe back-pain and suspected secondary cancer. This has caused a great deal of distress not only for his family, but also for his friends and acquaintances as he is a wonderful person, loyal, kind and considerate. Seeing him lying in the hospital bed, helpless, rather distressed and anxious instead of being his normal cheerful and happy self was very upsetting. In such situations, one always tries to put on an optimistic look on one’s face, say hope-filled things, tries to put a positive spin on everything, however, while one may evince a smile in the face of the sufferers, the dark look stays deep in their eyes.

Once we face the prospect of death as something that will happen to us – not to the person next door; once we are confronted with the concept of our own mortality in the immediate future – not next year, not next decade; once we think of the short time we have left; the world changes dramatically. We change drastically. Think about it: What would you do if you were certain that Monday fortnight you would be dead? Certain, mind you! Different people will react differently, surely, but one thing is for sure, the majority of people would react and would change the way they deal with situations, interact with people, carry out the routine tasks associated with their every day existence. The importance of what one does would be questioned, values would be reprioritised.

When we are young we think we are immortal, as we grow older we start to think of death as a possibility, however remote it may be. One is encouraged in Western societies to push the thought of death as far as possible from one’s mind. The consumer society of the forever young and beautiful with lots of disposable income has no room for death. One cannot sell many consumer goods to the moribund or to people who contemplate death as the inevitable end. We have sanitised death and have made it secret to the point of it being considered obscene. We no longer go to “funerals” we got to a “celebration of the dear departed’s life”. We do not speak of people “dying” we speak of them “passing over”. We do not view the dead body, do not have wakes any more, but rather ring for the ambulance and relinquish the earthly remains to the care of the undertaker who will make the dead body magically vanish into a shiny casket, carefully and safely sealed away.

In many cases, the job of the mortician has also expanded to incorporate the role normally played by the clergy. As more and more people lean towards agnosticism or atheism, the last rites, the requiem mass or burial service are replaced by social gatherings where the life of the person is remembered or celebrated. It is as though even in the face of death, we are even then refusing to acknowledge it and look backward to life.

Death is the ultimate adventure, the inevitable ending, that which gives meaning to life. Acknowledgement of death is an integral part of being human. Abolishing the fear of death liberates us to live life fully and more meaningfully. Seeing death as part of life makes us value life more and have more respect for it. Grieving openly, mourning, wailing, crying, beating one’s chest when a loved has died is part of the natural process of coping with death as a concept and makes us ready for our own death. Death in our life has to be an accessible, visceral and immediate process that we must immerse ourselves in. Coping with death around us in an emotional and direct way robs it of its terror. And for goodness’ sake, call a spade a spade. When I surrender to death I die, I do not pass away or over or cross the great divide, or slip away, I die!

moribund |ˈmôrəˌbənd; ˈmär-| adjective
• (Of a person): At the point of death.
• (Of a thing): In terminal decline; lacking vitality or vigour: The moribund commercial property market.
DERIVATIVES
moribundity |ˌmôrəˈbəndətē; ˌmär-| noun
ORIGIN early 18th century: From Latin moribundus, from mori ‘to die.’
Posted by Intelliblog at 01:16