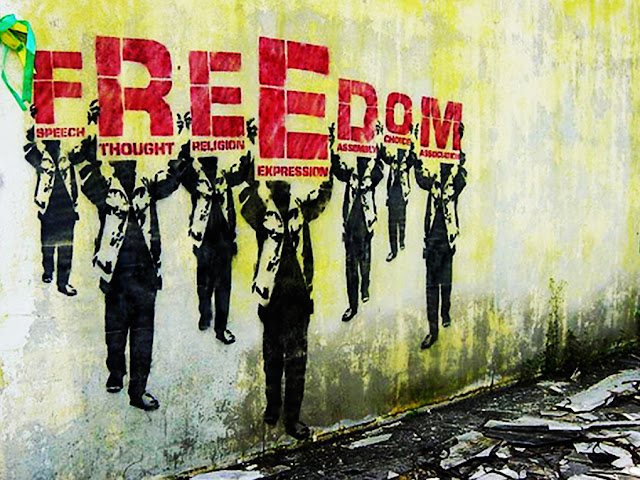 “Those who deny freedom to others deserve it not for themselves.” - Abraham Lincoln

It is National Freedom Day in the USA today. It commemorates the signing of a resolution that proposed the 13th amendment of the nation’s constitution on February 1st, 1865. Abraham Lincoln, who was the president at the time, signed the resolution to outlaw slavery. This anniversary is annually observed on February 1st. Major Richard Robert Wright Sr, a former slave who founded the National Freedom Day Association, played a pivotal role in establishing the observance of this day. Major Wright was deemed as a community leader in Philadelphia and was active in education, the media, business and politics. He dearly wished to see a day dedicated to celebrating freedom for all Americans.

The first commemoration of such a day took place on February 1st, 1942, although it was not made into law yet. A tradition of laying a wreath at Liberty Bell also began. On June 30, 1948, President Harry Truman signed a bill to proclaim February 1st as the first official National Freedom Day in the United States. Wreath-laying at Liberty Bell, which symbolises freedom or liberty, has subsequently occurred on this day over the years.

This anniversary takes on an eerie significance with the situation that is evolving in Egypt and the way that it is threatening to involve the USA and the rest of the international community. The USA has traditionally been a strong ally of President Mubarak and now that the wrath of the people of Egypt has turned against their leader (whom they consider a dictator), America is finding itself in an embarrassing situation. It does not wish to alienate itself from a mighty nation that has risen up to fight for freedom, basic human rights and demand democratic elections (ostensibly all that the USA holds dear), but at the same time it does not wish to withdraw support from an ally and a leader it has openly supported for many years.

This embarrassment of the USA is manifest as President Obama’s silence and his unwillingness so far to urge Mr Mubarak to step down. It is a right royal bind! The USA has to reconcile its avowed support for countries that are struggling to put in place democratic reforms, with an actual legacy of supporting “friendly” authoritarian regimes (provided they are willing to serve US interests). President Obama has often spoken eloquently of America’s agenda to better relations with the Arab world and it is with interest that he is being watched in every nation to see whether he will stand up for the idealistic American values of Liberty, Equality, Democracy. The alternative is to remain silent and continue the legacy of secret agendas and realpolitik…

It is a fact that for many decades the USA spent billions of dollars a year in economic and military aid on Mr Mubarak’s corrupt, authoritarian regime. During this time, the USA turned a blind eye to the gross violations of human rights in Egypt, with the excuse that such policy “preserved stability in the region”. And so the boil continued to accumulate pus. All the while the pain of the average Egyptian increased as US funds disappeared to line private pockets of corrupt officials. Successive US governments and administrators knew of this situation but did not overtly criticise the Egyptian regime because of Egypt’s ally status to the USA and the delicate situation in what is a volatile region.

In 2005 Condoleezza Rice said in a speech in Cairo: “For 60 years, the United States pursued stability at the expense of democracy in the Middle East, and we achieved neither.” Quite a candid comment and an open admission of defeat of a policy that was obviously not working. US efforts to keep Mr. Mubarak and other US sympathisers in power in the Middle East may have avoided the return of war in the region (thus keeping the flow of oil free), they have certainly not brought stability and growth. As a result, these conditions have allowed extremism and terrorism to develop.