EGYPT, LAND OF CULTURE AND ART 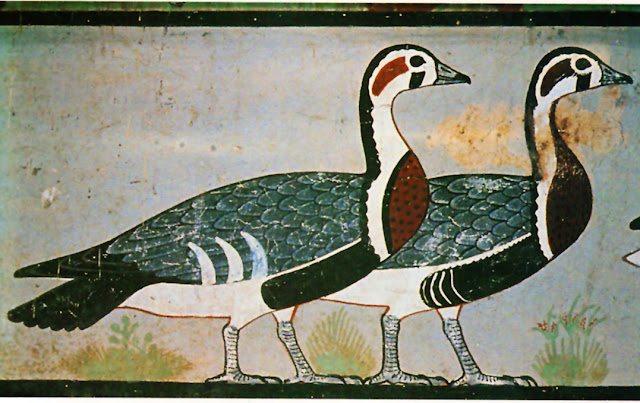 “It's a sad and stupid thing to have to proclaim yourself a revolutionary just to be a decent man.” - David Harris

One of the most pernicious and destructive effects of revolution is the mindless assault on civilisation, art, culture, and the devastation of heritage that belongs to all humanity. While the Egyptian unrest and anarchy is going on, however justified the uprising may be to its supporters, the destruction of artefacts in the Egyptian Museum and the looting that began (and was thankfully checked in time) is enough reason for any civilised person to oppose this form of insurrection.

It seems that whatever noble sentiment may cause a populace to rise up against its leaders and strive for freedom, it will also have many ill effects on the fabric of society. Anarchy by its very nature is a state of disorder due to flaunting of authority. This manifests itself in acts of lawlessness and chaos. Unfortunately it is not only the idealists and the downtrodden who are mobilised in such rebellions. There are also the riff-raff, the opportunists, the looters, the dregs of society who in that state of anarchy and lawlessness take occasion to show whatever is worst in the human character.

I have visited Egypt twice and enjoyed both trips immensely. Not only taking in the thousands of years of history, visiting the historical sites, museums and famous landmarks, but also enjoying the interaction with the people, their culture and their everyday life. It is extremely sad to read of the worsening crisis in this ancient land and learn of the threat the political situation is putting on the legacy of the Land of the Pharaohs to not only modern-day Egyptians, but also to the rest of humanity. I sympathise with the Egyptian people, but I denounce the acts of barbarity that are the fall out of revolutionary acts.

History is full of similar situations – one only need think of the French Revolution, the Bolshevik uprising in Russia, the storming of Baghdad by the mob following the overthrow of Saddam Hussein, and many more such cases. In all instances the cultural losses have been immense, although some would argue that any such loss is preferable to having people living in fear, subjugation, oppression, hunger and destitution. It’s a debate that can keep the adherents of both camps occupied for many hours.

Freedom, personal liberty, assurance of a dignified existence, respect of human rights and the expectation of a safe living environment, adequate food, water and a place to live in are the birthright of all human beings. Can we not as civilised human beings claim those rights without destroying our common world heritage?

For Art Sunday, a sample of Egyptian Art from the Cairo Museum, one of the great museums of the world and a world heritage custodian. These graceful geese are from Dynasty 4, ca 1680-2500 B.C. It is a detail of a tomb painting from the mastaba tomb of Nefermaat at Medum. Height: 27cm (Egyptian Museum, Cairo).
Posted by Intelliblog at 10:03