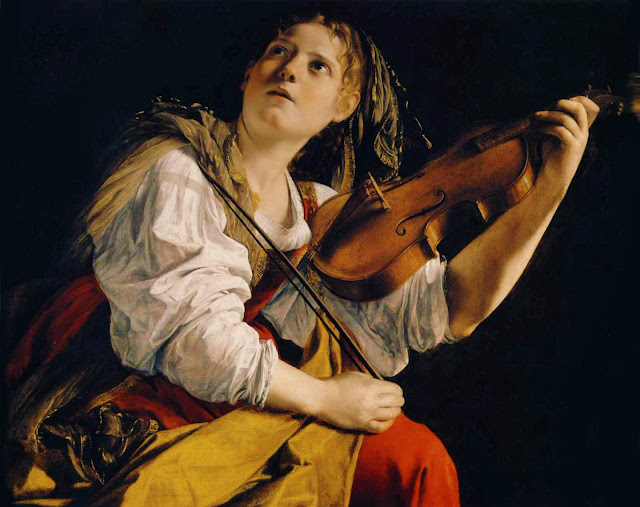 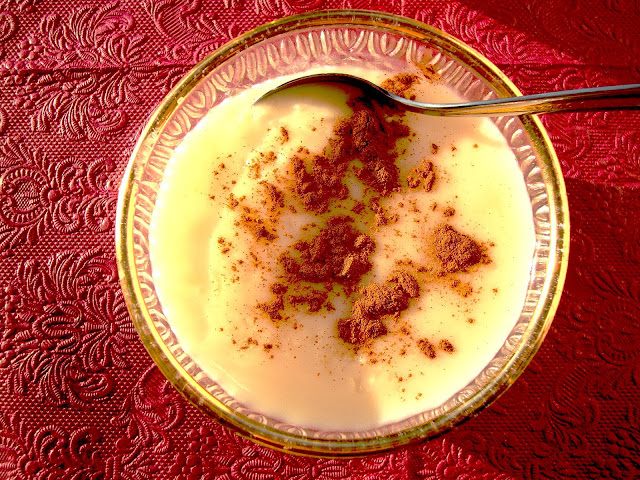 “Rice is great if you're really hungry and want to eat two thousand of something.” - Mitch Hedberg

For Food Friday, a classic dessert recipe popular in many parts of the world. This version is from Greece.

Method
1) In a medium saucepan combine the sugar, milk, cinnamon stick, and orange peel.
2) Bring to the boil on high heat stirring all the while.
3) Add the rice and simmer covered for about 20 minutes. Remove cover and continue to simmer for a further 20-25 minutes, or until rice is very tender and pudding begins to thicken. Stir occasionally.
4) Remove rind and cinnamon stick and add vanilla. Stir and divide mixture into four bowls.
5) Sprinkle with cinnamon generously and let cool in refrigerator for at least 2 hours. 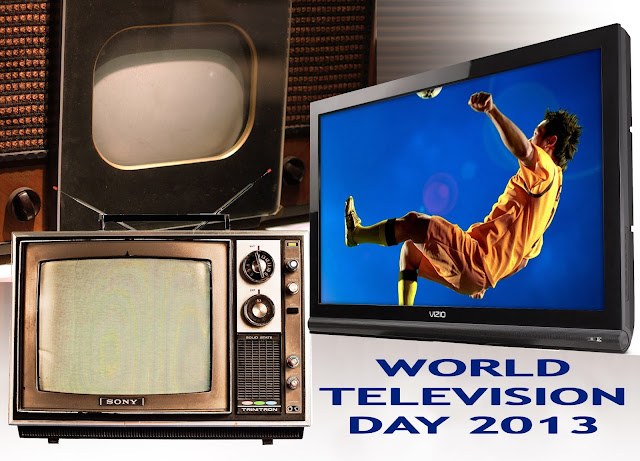 “Television is chewing gum for the eyes.” - Frank Lloyd Wright

UNESCO is celebrating World Television Day today. This was proclaimed by the United Nations General Assembly in 1996 to encourage global exchanges of television programmes focusing on peace, security, economic and social development and the enhancement of cultural exchange. This commemorates the date on which the first World Television Forum was held in 1996.

Television is still one of the most influential forms of media presently. It is the arena where images, forms, styles and ideas surrounding the human existence are mobilised. Television makes its mark as the most popular medium for communication and information because of the considerable convenience it offers to its audience of all ages, nationalities and social status worldwide. Television does not require literacy and presents information in audiovisual form requiring no extra skills for comprehension.

Television and the significance of broadcasting as a fundamental means of communication and a standard gateway of information for the masses, most importantly in least-developed countries cannot be stressed enough. Television plays an effective role in disseminating information and knowledge and serves a powerful tool for reflecting and shaping human conditions and aspirations. Fostering freedom of expression and increasing cultural diversity in the media, particularly by improving the endogenous production capacities and supporting the distribution of quality audio-visual programmes are all suited for implementation using television.

The position of television as the means of primary entertainment in the home is accepted widely. Mainstream professional television in Australia was launched on 16 September 1956 in Sydney, launched in time to cover the 1956 Melbourne Olympics. The new medium was introduced by Bruce Gyngell with the words “Good evening, and welcome to television”, and has since seen the introduction of colour, and digital television, and the planned shutdown of analogue broadcasts set to take place between 2010 to 2013 (depending on the area). Local programs, over the years, have included a broad range of comedy, sport, and in particular drama series, in addition to news and current affairs. The industry is regulated by the Australian Communications and Media Authority.

As television technology developed throughout the 1960s, the medium dominated as the entertainment form of choice for most Australians. By 1965, it was estimated that 9 out of 10 Australian families owned a TV set. Nowadays of course, while all households have a television set, most have several.
Posted by Intelliblog at 13:06 1 comments 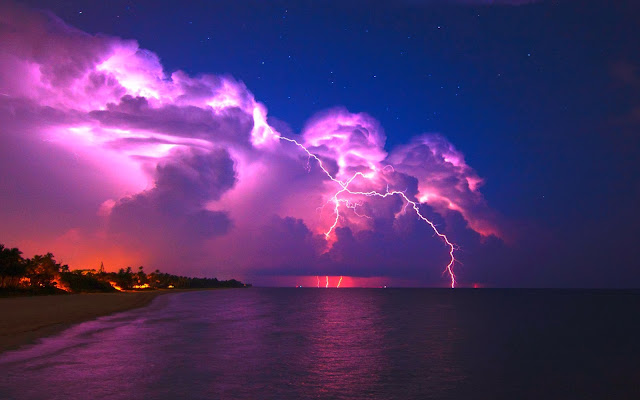 “A poet is a man who manages, in a lifetime of standing out in thunderstorms, to be struck by lightning five or six times.” - Randall Jarrell

The theme of  “Lightning” is this week’s Poetry Jam stimulus for literary offerings by those who accept the challenge. Here is my contribution, rather apt as one considers the wild weather with horrific consequences that many places around the world have experienced.

And as the clouds gathered,
And as the lightning flashed,
As thunder roared,
The rains came…

The watery curtains cascaded down,
The rivers flowed and overflowed,
Became torrents; creeks turned to rivers
And the floods came…

And as the waters rushed,
And as the dams gushed,
The deluge broke the barriers
And the spate came…

The water covered all
In dirty brown slough;
Making lake of land
But the rains still came…

The might of surging waters
Overwhelmed man and beast,
Dragged down buildings, destroyed;
And death came…

Silent, sunken, submerged,
What once was dry land and
Homes, cars, gardens, dreams,
All lie under a watery grave.
Posted by Intelliblog at 18:56 8 comments “The power of a handwritten letter is greater than ever. It’s personal and deliberate and means more than an e-mail or text ever will. It has a unique scent. It requires deciphering. But, most important, it’s flawed.” - Ashton Kutcher 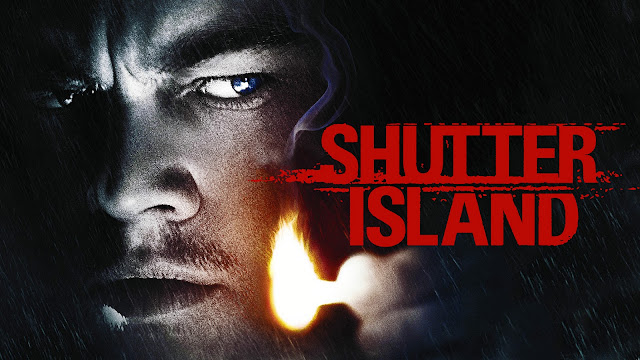 “I became insane, with long intervals of horrible sanity.” - Edgar Allan Poe
You sometimes watch a movie and while it keeps you interested and engaged, when it finishes you cannot really say whether you really liked it or not. These types of movies are perhaps the most unsatisfying as they are in a somewhat gray zone, not eliciting intense antipathy or a fervent liking for. We watched such a movie at the weekend, enjoying a great deal it on the one level, but feeling somewhat deflated and unsatisfied at its conclusion…
It was the 2010 Martin Scorsese film “Shutter Island” starring Leonardo DiCaprio, Ben Kingsley, Mark Ruffalo, Max von Sydow, Michelle Williams and Emily Mortimer. It is a period drama with a thriller-type premise, touching upon the theme of insanity and what drives criminally insane people to commit acts that are beyond our morality and sense of humanity.
Scorsese is a master film-maker and his direction is faultless, the cinematography of the bleak setting highly evocative, and the acting top class. In this respect, the film satisfies greatly. But somehow one feels cheated at the end – the desire to have a twist in the story line being greater than the desire to tell a good story, pure and simple. Perhaps our own desire for enjoyment as story listeners depends to a certain extent on our ability to predict the twists of the story. Or perhaps in our desire to identify with some of the characters and like them to a certain extent. And there are a lot of unlikeable characters in the film, whom we were supposed to like (or so it turns out in the end).
The plot takes place in 1954, when the World War II atrocities are still fresh in the minds of people, especially so for the US soldiers that took part in the storming of the Nazi concentration camps (and yes, there are some graphic scenes there). A US marshal, Teddy Daniels (Di Caprio) is assigned to investigate the disappearance of a patient from Boston's Shutter Island Ashecliffe Hospital for the criminally insane. Daniels has personal reasons for wanting to be assigned on the island, but once there he begins to think that he has been brought to the island as part of a twisted plot by hospital doctors whose radical treatments are unethical and illegal, or even quite sinister.
Daniels’ investigating skills soon provide a promising lead, but the hospital refuses him access to records he suspects would break the case wide open. As a hurricane cuts off communication with the mainland, more dangerous criminals escape in the confusion, and the puzzling, improbable clues multiply, Daniels begins to doubt everything - his memory, his partner, and his own sanity.
I am beginning to wonder whether a second viewing of the film may work better with me, and certainly this is a film that invites a revisit after some time. There is a lot of violence in the movie and some quite confronting issues and images that convey a sense of horror and highlight the depth of inhumanity that human beings are capable of. One is led to question the concept of “sanity” and how fragile our balanced mental state is. The film is worth watching, but be aware of its graphic and violent content.
Posted by Intelliblog at 11:01 0 comments 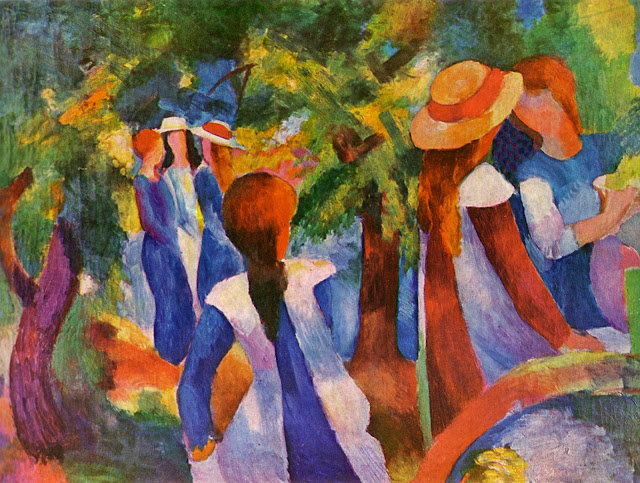 “The purest and most thoughtful minds are those which love colour the most.” - John Ruskin
August Macke (3 January 1887 – 26 September 1914) was born in Meschede, Germany. His father, August Friedrich Hermann Macke (1845-1904), was a building contractor and his mother, Maria Florentine, née Adolph, (1848-1922), came from a farming family in Germany’s Sauerland region. The family lived at Brüsseler Straße until August was 13. He then lived most of his creative life in Bonn, with the exception of a few periods spent at Lake Thun in Switzerland and various trips to Paris, Italy, Holland and Tunisia. In Paris, where he travelled for the first time in 1907, Macke saw the work of the Impressionists, and shortly after he went to Berlin and spent a few months in Lovis Corinth’s studio.
His style was formed within the mode of French Impressionism and Post-impressionism and later went through a Fauve period. In 1909 he married Elizabeth Gerhardt. In 1910, through his friendship with Franz Marc, Macke met Kandinsky and for a while shared the non-objective aesthetic and the mystical and symbolic interests of Der Blaue Reiter school.
Macke’s meeting with Robert Delaunay in Paris in 1912 was to be a sort of revelation for him. Delaunay’s chromatic Cubism, which Apollinaire had called Orphism, influenced Macke’s art from that point onwards. His “Shops Windows” can be considered a personal interpretation of Delaunay’s “Windows”, combined with the simultaneity of images found in Italian Futurism.
The exotic atmosphere of Tunisia, where Macke travelled in 1914 with Paul Klee and Louis Moilliet was fundamental for the creation of the luminist approach of his final period, during which he produced a series of works now considered masterpieces. August Macke’s oeuvre can be considered as Expressionism, (the movement that flourished in Germany between 1905 and 1925) and also his work was part of Fauvism. The paintings concentrate primarily on expressing emotion, his style of work represents feelings and moods rather than reproducing objective reality, usually distorting colour and form.
Macke’s career was cut short by his early death at the front in Champagne in September 1914, the second month of World War I. His final painting, “Farewell”, depicts the mood of gloom that settled after the outbreak of war. It is in sharp contrast to the painting above “Girls under Trees”, also of 1914.
Posted by Intelliblog at 10:05 4 comments