“Civilization exists by geological consent, subject to change without notice.” - Will Duran 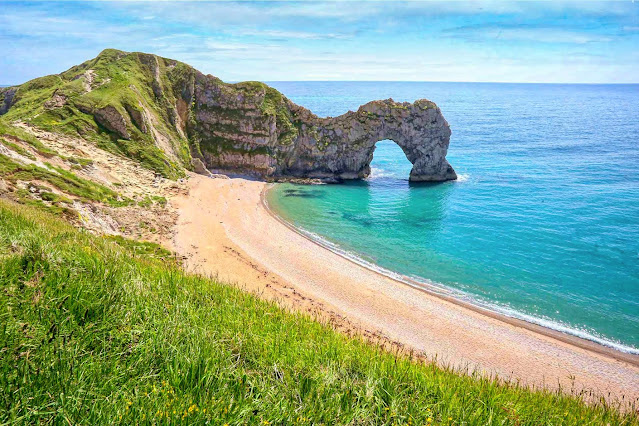 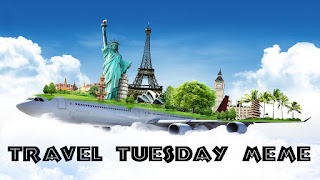 Durdle Door (sometimes written Durdle Dor) is a natural limestone arch on the Jurassic Coast near Lulworth in Dorset, England. It is privately owned by the Welds, a family who owns 12,000 acres (50 km2) in Dorset in the name of the Lulworth Estate. It is open to the public. The name Durdle is derived from the Old English 'thirl' meaning bore or drill.

The existence of the arch is due to the collision of continents and the birth of the Alps. One may see that the layers of rock exposed in the cliffs are tilting steeply to the north. This is most notable with Durdle Door itself as it is formed from a layer of hard limestone standing almost vertically out of the sea. Normally layers of limestone would be horizontal. Only the most fundamental force in geology could have altered these rocks in this way – plate tectonics.

Around 25 million years ago the African tectonic plate collided with the European plate. The huge pressures generated heaved and folded rocks to create the mountain chain we know as the Alps. Ripples from that collision spread north through the Earth’s crust and gently folded the rocks here, in what would become south Dorset and Purbeck. Durdle Door and Lulworth Cove lie in the heart of one of these folds, where the rock layers have been tilted steeply. As the sea broke through the hard limestone it washed away the softer rocks behind creating the arch, the cove and the beautiful coastline where Durdle Door and Lulworth Cove are both found.

This post is part of the Our World Tuesday meme,
and also part of the Wordless Wednseday meme.

Click here to enter
Posted by Intelliblog at 01:48 3 comments