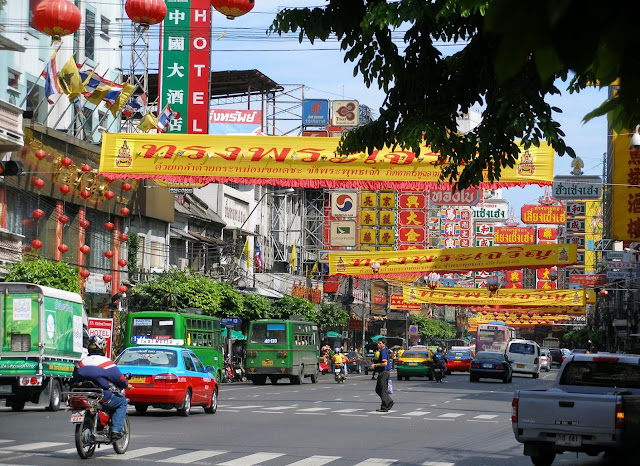 Bangkok is a rejuvenating tonic; the people seem to have found the magic elixir. Life, a visitor feels, has not been wasted on the Thais. – Bernard Kalb

Bangkok is the capital and the most populous city of Thailand. It is known in Thai as Krung Thep Maha Nakhon (กรุงเทพมหานคร, ) or simply Krung Thep. The city occupies 1,568.7 square kilometres in the Chao Phraya River delta in Central Thailand, and has a population of over 8 million, or 12.6 percent of the country’s population. Over 14 million people (22.2 percent) live within the surrounding Bangkok Metropolitan Region, making Bangkok an extreme primate city, dwarfing Thailand’s other urban centres in terms of importance.

Bangkok traces its roots to a small trading post during the Ayutthaya Kingdom in the 15th century, which eventually grew in size and became the site of two capital cities: Thonburi in 1768 and Rattanakosin in 1782. Bangkok was at the heart of Siam’s (as Thailand used to be known) modernisation during the later 19th century, as the country faced pressures from the West. The city was the centre stage of Thailand’s political struggles throughout the 20th century, as the country abolished absolute monarchy, adopted constitutional rule and underwent numerous coups and uprisings.

The city grew rapidly during the 1960s through the 1980s and now exerts a significant impact among Thailand’s politics, economy, education, media and modern society. Bangkok’s rapid growth amidst little urban planning and regulation has resulted in a haphazard cityscape and inadequate infrastructure systems. Limited roads, despite an extensive expressway network, together with substantial private car usage, have resulted in chronic and crippling traffic congestion. The high population density and the busy streetscape at almost any hour of the day and night provides plenty of opportunity for the street photographer.

Click here to enter
Posted by Intelliblog at 01:27 4 comments