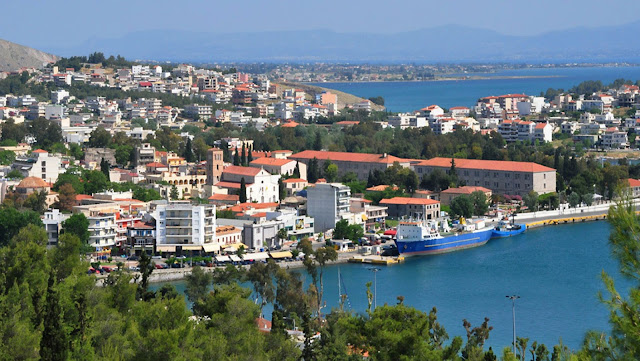 “Since we cannot change reality, let us change the eyes which see reality.” - Nikos Kazantzakis

Welcome to the Travel Tuesday meme! Join me every Tuesday and showcase your creativity in photography, painting and drawing, music, poetry, creative writing or a plain old natter about Travel.There is only one simple rule: Link your own creative work about some aspect of travel and share it with the rest of us. Please use this meme for your creative endeavours only.Do not use this meme to advertise your products or services as any links or comments by advertisers shall be removed immediately.

Euboea or Evia (Modern Greek: Εύβοια) is the second-largest Greek island in area and population, after Crete. The narrow Euripus Strait separates it from Boeotia in mainland Greece. In general outline it is a long and narrow, seahorse-shaped island; it is about 180 kilometres long, and varies in breadth from 50 kilometres to 6 kilometres. Its general direction is from northwest to southeast, and it is traversed throughout its length by a mountain range, which forms part of the chain that bounds Thessaly on the east, and is continued south of Euboea in the lofty islands of Andros, Tinos and Mykonos. It forms most of the regional unit of Euboea, which also includes Skyros and a small area of the Greek mainland.
Euboea has wonderful beaches, a pleasant climate, renowned monuments, many thermal springs and tasty food, and is thus a popular and easily accessible destination for the inhabitants of Athens who often holiday here. The cosmopolitan capital city of Chalkis is situated on the Euripus Strait at its narrowest point. The name is preserved from antiquity and is derived from the Greek χαλκός (chalkos - copper, bronze), though there is no trace of any mines in the area. In the late Middle Ages, it was known as Negropont, a name that was applied to the entire island of Euboea as well. Its people are known in English as Chalcidians. Chalkis has a population of about 105,000 people.
This post is part of the Our World Tuesday meme,
and also part of the Ruby Tuesday meme,
and also part of the Wordless Wednesday meme.

Click here to enter
Posted by Intelliblog at 01:36 3 comments