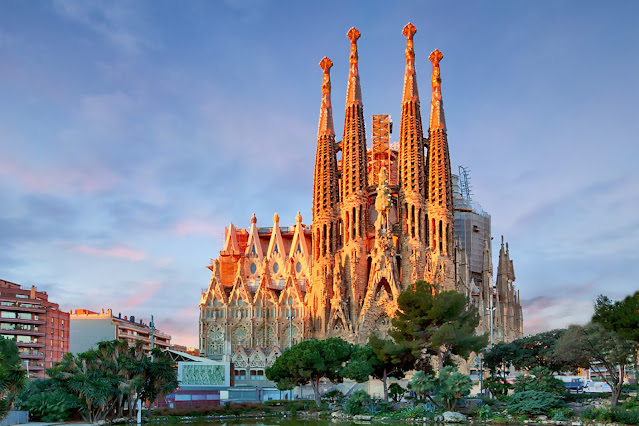 “I’ve always wondered how much can you do for your fellow man if your hands are constantly stuck together in Prayers for him?” ― Stanley Victor Paskavich

Barcelona is the capital and largest city of Catalonia, an autonomous community in Spain, and the country’s second most populous municipality, with a population of 1.6 million within city limits. Its urban area extends beyond the administrative city limits with a population of around five million people, being the sixth most populous urban area in the European Union after Paris, London, Madrid, the Ruhr area and Milan. It is the largest metropolis on the Mediterranean Sea, located on the coast between the mouths of the rivers Llobregat and Besòs, and bounded to the west by the Serra de Collserola mountain range, the tallest peak of which is 512 metres high.

Barcelona has a rich cultural heritage and is today an important cultural centre and a major tourist destination. Particularly renowned are the architectural works of Antoni Gaudí (see the ‘Basílica de la Sagrada Família’ above) and Lluís Domènech i Montaner, which have been designated UNESCO World Heritage Sites. The headquarters of the Union for the Mediterranean is located in Barcelona. The city is known for hosting the 1992 Summer Olympics as well as world-class conferences and expositions and also many international sport tournaments.

Barcelona is one of the world’s leading tourist, economic, trade fair and cultural centres, and its influence in commerce, education, entertainment, media, fashion, science, and the arts all contribute to its status as one of the world’s major global cities.

Click here to enter
Posted by Intelliblog at 01:28 8 comments