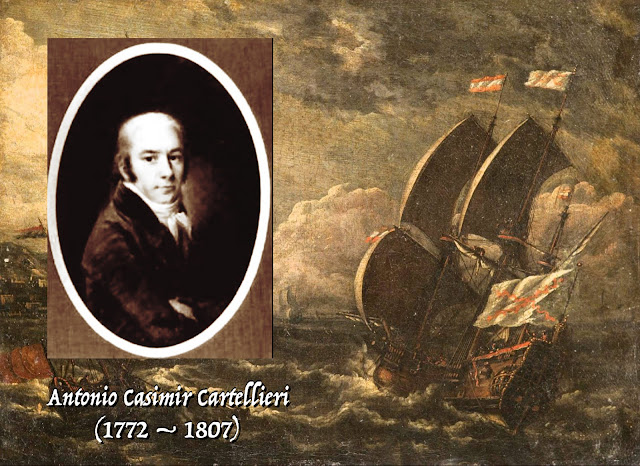 “We still have to overcome the notion that a clarinet squeaks. People need to remember what a beautiful instrument it is, including in popular music.” - Anat Cohen

Antonio Casimir Cartellieri (27 September 1772 - 2 September 1807) was a Polish-Austrian composer, violinist, conductor, and voice teacher. His reputation dissipated after his death, not to be resurrected until the late 20th century. One son was the spa physician Paul Cartellieri. Another, Josef Cartellieri, compiled some largely second-hand biogaphical notes about the father he scarcely knew.

Cartellieri was born in Danzig. His father, Antonio Maria Gaetano Cartellieri, was Italian, and his mother, Elisabeth Böhm, was Latvian. Both of his parents were opera singers and he received his earliest musical education from them. When he was 13, his parents divorced, at which time Cartellieri moved with his mother to Berlin. In that city he began studying music composition.

In 1791, at the age of 18, Cartellieri became court composer and music director for Micha_ Kazimierz Ogi_ski in Poland. In 1793, he returned to Berlin with his employer where his first opera premiered successfully. He then went with the Count to Vienna, where he continued with further musical studies in music theory and composition under Johann Georg Albrechtsberger and possibly Antonio Salieri.

On 29-30 March 1795, the première of his oratorio “Gioas re di Giuda” took place in Wiener Burgtheater. (In the interval, Beethoven played his first piano concerto, which was Beethoven's public debut as a composer). In 1796, Cartellieri was engaged by Prince Joseph Franz Maximilian Lobkowicz (1772-1817) as the Kapellmeister, singing teacher, and violinist, roles he held until his death 11 years later.

His other duties at court included directing operas and playing the violin in both concerts of chamber music and symphonic music. He notably performed in the world premières of several works by his friend Beethoven under the composer's baton, including the Eroica Symphony and the Triple Concerto on 23 January 1805. He died in Liebhausen, Bohemia at the age of 34.

Posted by Intelliblog at 19:26 0 comments 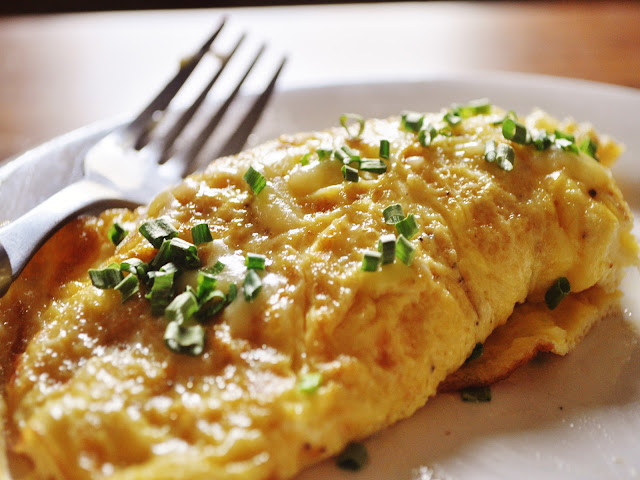 “Life is like eating artichokes, you have got to go through so much to get so little.” – Thomas Aloysius Dorgan

Artichokes are in season and we love them at home. One of the first dishes we make is this omelette.

Method
Cut the tops off the artichokes, spoon out the choke and discard; peel the stalk, down to about 10 cm from the base of the globe (discard the remaining hard stalk). Put the artichoke flesh and stalk in a pot of water with a squeeze of lemon to prevent them going brown. Add about 1/2 tsp of salt to the pot and bring to a simmer.
Cook the artichokes for about 10 minutes, until softened. Remove from the water and drain, leaving to cool. Pick away the tough outer leaves then slice the tender inner parts of the artichokes and stalks. Season with salt and pepper then fry in a little ghee until golden. Set aside.
Heat a little ghee in a non-stick pan. Crack three eggs into a bowl, whisk, then pour into the pan. Using a spatula, gently bring the sides of the cooked egg away from the edges of the pan. Tilt the pan to allow the runny batter to flow to the sides. This will help you cook the omelette evenly and quickly. Place a quarter of the artichokes on top, season with salt and pepper. Add herbs and grated cheese, fold along the centre and serve on a dish. Repeat for the other three omelettes.
Posted by Intelliblog at 19:24 0 comments 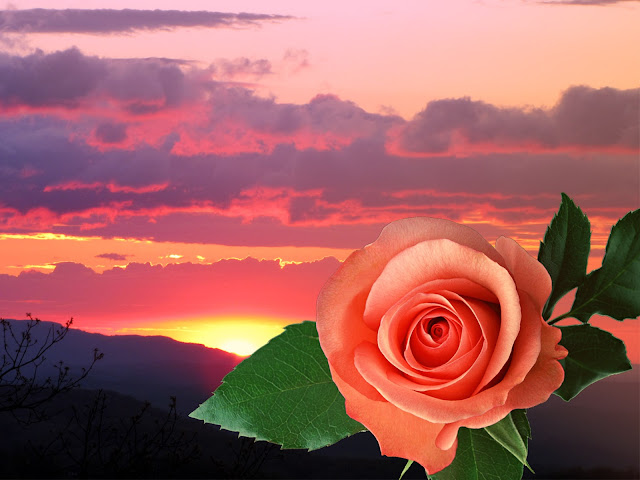 “But he that dares not grasp the thorn Should never crave the rose.” - Anne Brontë

This week’s Midweek Motif in the Poets United poetry blog has as its theme: “The Flower: Rose”. In the Southern Hemisphere we are currently enjoying very warm and fine Spring weather, and our garden is full of roses (you can see some of our roses here). Here is my poetical offering:

Like a pale pink fragrant rose
The sun rose and the sky blushed.
You, like a rose unfurling
Also blushed on our first morning.

With petals lost, within the rose
The golden seeds ripen
Within each seed sleeps a promise
Of a burgeoning sun-rose.
Posted by Intelliblog at 01:01 9 comments 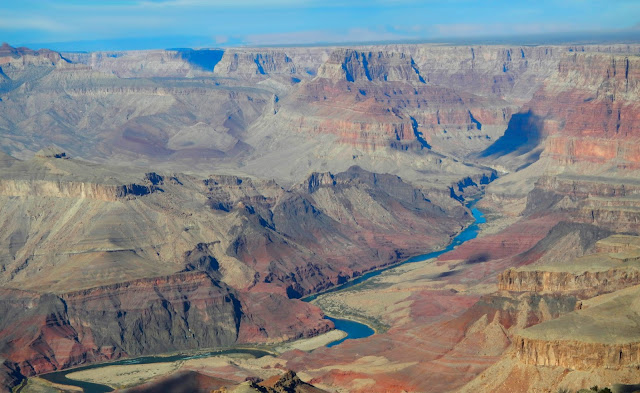 “Be still and the earth will speak to you.” - Navajo Proverb


President Theodore Roosevelt was a major proponent of preservation of the Grand Canyon area, and visited it on numerous occasions to hunt and enjoy the scenery. Nearly two billion years of Earth's geological history have been exposed as the Colorado River and its tributaries cut their channels through layer after layer of rock while the Colorado Plateau was uplifted. While some aspects about the history of incision of the canyon are debated by geologists, several recent studies support the hypothesis that the Colorado River established its course through the area about 5 to 6 million years ago.

Since that time, the Colorado River has driven the down-cutting of the tributaries and retreat of the cliffs, simultaneously deepening and widening the canyon. For thousands of years, the area has been continuously inhabited by Native Americans, who built settlements within the canyon and its many caves. The Pueblo people considered the Grand Canyon a holy site, and made pilgrimages to it. The first European known to have viewed the Grand Canyon was García López de Cárdenas from Spain, who arrived in 1540
This post is part of the Our World Tuesday meme
and also part of the Wordless Wednesday meme.
Posted by Intelliblog at 02:34 2 comments