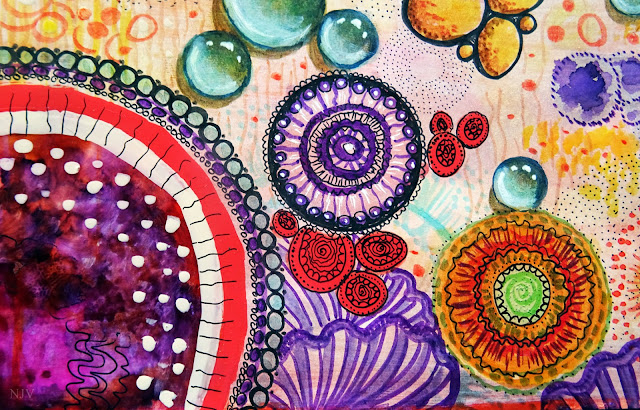 “We are born. We die. Somewhere in between we live. And how we live is up to us. That’s it.” ― Steven Ramirez

This morning I went for a walk around our neighbourhood. It was 7:45 am, Saturday, one day after the Autumnal Equinox. The sky was leaden grey and the temperature cool enough to necessitate a jacket over my sweatshirt. My ramble in the neighbourhood was because the gym I usually work out in was closed temporarily as a measure against the spread of COVID-19. I think that there are few places on earth at the moment where people are not aware of the novel Coronavirus and the havoc it is wreaking worldwide. Currently in Australia, we have over 900 confirmed cases, with seven deaths from COVID-19. More than 115,000 tests have been conducted across Australia. It is a health emergency, but it has more sinister aspects in the way that it is affecting our society and our interactions with other people.

The early morning streets were quiet – almost eerily so, even for a Saturday. Few cars drove by and even less pedestrians were to be seen out and about. I walked briskly, enjoying the deep breaths of cool air and the effects of the exercise. I could sense my face warming up and the tingle of increased blood flow through my stretching muscles. As my heart rate increased and a slight sweat began to make me appreciate the comfortable warmth I was feeling all over, my thoughts turned to the pandemic and what it meant to me, my family, my friends, my community, my country, the world.

The immediate thought that entered my head was that of a slightly similar crisis that the world lived through in 2003, and most people forgot about a few months afterwards. The Severe Acute Respiratory Syndrome (SARS), which was a viral respiratory illness caused by a coronavirus, called SARS-associated coronavirus (SARS-CoV), was first reported in Asia in February 2003. Over the next few months, the illness spread to more than two dozen countries in North America, South America, Europe, and Asia before the SARS global outbreak of 2003 was contained. According to the World Health Organization (WHO), a total of 8,098 people worldwide became sick with SARS during the 2003 outbreak. Of these, 774 died. In the United States, only eight people had laboratory evidence of SARS-CoV infection. All of these people had travelled to other parts of the world where SARS was spreading. In Australia 138 people were investigated for SARS: 111 as suspect and 27 as probable infections. Five probable cases were reported to WHO after review of other possible diagnoses. SARS blew over, with minimal worldwide effects, and hardly worth remembering unless one’s near and dear had been affected.

Here we are today, 17 years later with yet another Coronavirus emerging and causing a new, more virulent form of disease than SARS, more contagious and with more sinister consequences. The reason in fact for my now usual, brisk early morning walk replacing my gym workout. Hardly worth mentioning or even thinking about if that were the extent of behaviour modification that each of us has to adopt. Seeing in the news how people are behaving in routine encounters, while working, shopping, socially interacting has caused me considerable dismay and in a few cases frank disgust. An interaction with someone during my morning walk drove home some of these points.

As I walked down a footpath of a typical, quiet suburban street I saw ahead of me an elderly man. He was about 70-100 metres down the street and walking slowly, haltingly. I smiled and thought that here was another man exercising in the morning, enjoying the serenity of the place. As I neared him, quite suddenly, he dragged his feet, slipped, tripped and fell face-down on the concrete, uttering a cry of surprise and pain. He lay there motionless and I ran to assist him.

He was a tall, rather gangly man of about 75 years, in fairly good shape, balding, with a lined, sunburnt face that was deformed by a grimace of pain. He was doubled up, his hand clutching his left knee. I crouched down beside him and asked if he was OK.
“Thanks for stopping and asking…” He said rather breathlessly. “I’m OK, just feeling embarrassed and rather crestfallen!”
“Of course, I’d stop and help if I can.” I replied. “Are you in pain? Does it feel as though you’ve broken anything?”
“No, no, I’m sure it’s just a bruised knee. It’s arthritic and falling on it doesn’t help.”
“Would you like me to call an ambulance, just to make sure all is OK at the hospital?”
“No, I’m OK. I’ll just hobble home and lie down with a cuppa.”
“Do you live far?”
“A block down the road. I’ll be fine.” He winced as he tried to get up.
“Here let me help you sit up and see how you feel, see if you can walk.”

He turned and looked at me and smiled for the first time.
“You know, many people would just cross the street and walk on by quickly. I’m surprised you’re here helping me.”
“I’m sure most people would help you if they saw you topple like that.”
“Aren’t you afraid of catching the virus?”
“The chances of me catching the virus and something horrible happening to me afterwards if I help you are minimal – no more than other everyday encounters. Letting you lie down on the footpath, ignoring your predicament would cause me greater harm. My conscience would trouble me and that would be quite a distressing thing…” I said, giving him my hand and helping him up.
“Conscience!” He said and chuckled. “A rare commodity nowadays. I’m Joe, what’s your name?”
“Nick; pleased to meet you, Joe.”

We walked slowly on the footpath, his injury causing him to limp and occasionally grunt. I supported him with my arm and steadied him as best as I could. We soon reached his house and he smiled again as I opened the garden gate to get him into the yard.
“Thank you, Nick, you’re a gentleman and I appreciate your act of kindness. Would you like a cuppa?”
“Don’t mention it, Joe. I’d love a cuppa, but I’m expected home and I’m running late as I have walked further than I planned. Perhaps another time?”
“Any time, mate, just knock on the door and most days I’m home. I’m a pensioner and especially these days I don’t venture far. Thanks again, a pleasure to meet you even under these circumstances.”

Yes, we are living through a pandemic. Yes, we are at risk of catching a horrible virus that can make us very ill, perhaps even cause us to die. Yes, we are meant to practice “social distancing” and avoid contact with other people. All of this does not mean we are also meant to lose our humanity, dispense with our conscience, ignore the plight of our fellow man. Compassion, sympathy, mutual support, community spirit, helpfulness and assistance towards those who need it most, especially these days, are something we all should be striving to find more of within our being and give liberally to others. Do not deny strangers your kindness, you may rely on the kindness of strangers yourself, perhaps much sooner than you think. 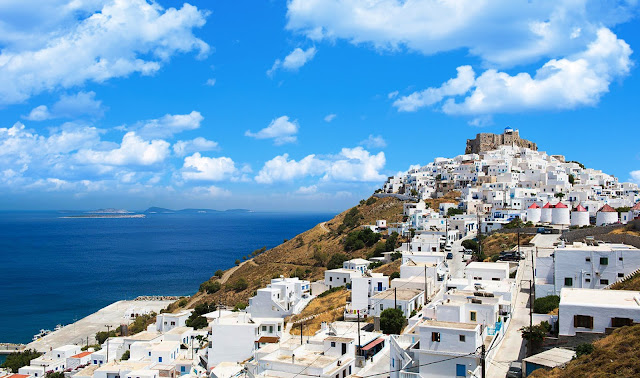 “Happy is the man, I thought, who, before dying, has the good fortune to sail the Aegean sea.” ― Nikos Kazantzakis

Astypalaia (Greek: Αστυπάλαια, pronounced [astiˈpalea]), is a Greek island with 1,334 residents (2011 census). It belongs to the Dodecanese, an archipelago of twelve major islands in the southeastern Aegean Sea.The island is 18 kilometres  long, 13 kilometres wide at the most, and covers an area of 97 km2. Along with numerous smaller uninhabited offshore islets (the largest of which are Sýrna and Ofidoússa), it forms the Municipality of Astypalaia, which is part of the Kalymnos regional unit. The capital and the previous main harbour of the island is Astypalaia or Chora, as it is called by the locals.

The coasts of Astypalaia are rocky with many small pebble-strewn beaches. A small band of land of roughly 100 metres wide almost separates the island in two sections at Sterno. Two of the most beautiful beaches of the island can be reached by the tourist boats which set off from Pera Yalos and Maltezana. These beaches are Kaminakia, where there is a tavern which serves boiled goat (stew), an island speciality, and Vatses, where there is a cave with stalactites and stalagmites.

This post is part of the Our World Tuesday meme,
and also part of the Wordless Wednesday meme.
You are invited to the Inlinkz link party!
Click here to enter
Posted by Intelliblog at 01:28 3 comments