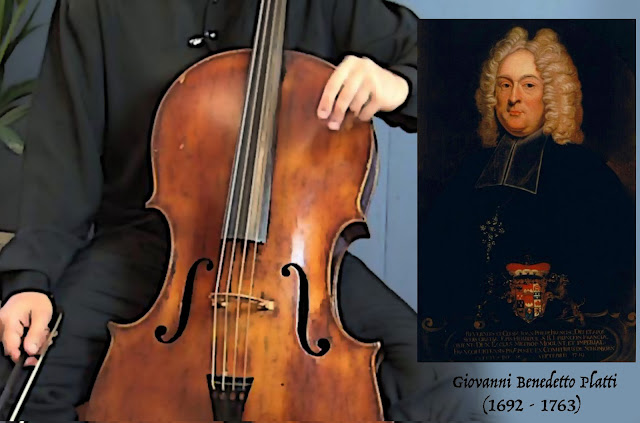 “Music was my refuge. I could crawl into the space between the notes and curl my back to loneliness.” ― Maya Angelou

Giovanni Benedetto Platti (1692 - 1763) was born in Padua or Venice in 1692 or 1697. He was musically educated in Venice. His teachers were most probably Francesco Gasparini, Vivaldi, Lotti and indeed Albinoni and the Marcello brothers. There is no significant information about his life before he came to Würzburg in 1722 together with a group of Italian musicians.

In 1723 Platti married the soprano Maria Theresia Lambrucker. She was also employed at court. When Friedrich Carl von Schönborn, brother of Johann Philipp, was elected new Prince-Bishop in 1729, conditions improved. Platti stayed in Würzburg until his death in 1763. His wife gave birth to at least ten children. She died in 1752. Platti was “Oboist, Violinist und Tenorist”. A list of the court musicians from 1730 shows that “Virtuos Platti” was the best paid musician, and continued to be so, despite changes of monarch. He earned twice as much as the “Kapellmeister”.

Platti’s position at court was unique. He was involved in chamber and church music and served as oboist and violinist. Later on he was assigned other tasks, including pedagogical ones. In a decree of 1730 it is stated that he was to teach Johanna Wolf (daughter of the Dance Master), the castrato Busch, and (after Busch’s disappointing lack of development) the soprano Vogel. In a record from 1757 it is mentioned that two military band musicians were to stay at court in order to follow Platti’s tuition. He was thus also supposed to teach oboists. Platti was no doubt a virtuoso.

As a composer Platti is renowned for his harpsichord sonatas, numerous pieces for cello and his church music. His work has distinct pre-classical features, associated with composers such as Haydn. His melodious imagination and lively, elegant style are apparent. His slightly anonymous existence in Würzburg obviously contributed to the fact that he never gained the recognition he deserves.

Posted by Intelliblog at 19:24 0 comments 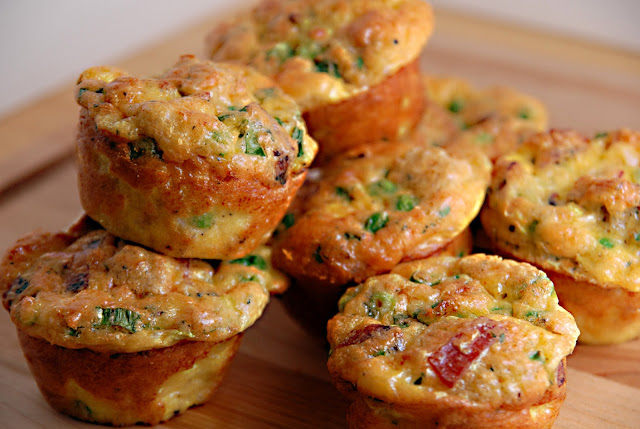 “I believe in stopping work and eating lunch.” – L’Wren Scott

We sometimes need a little more substantial lunch than the fresh, seasonal fruit we usually have and in that case it’s easy to rustle up some savoury muffins that can be made quickly and eaten straight out of the oven. They are also very nice for a Winter breakfast.

Method
Preheat oven to 200˚C. Grease muffins tins well.
Place bread pieces evenly in muffin tins until they come about 2/3 of the way up the tin.
Sprinkle ham pieces evenly in each tin, followed by the grated cheese.
Whisk together eggs, milk, ground mustard, pepper, mace, parsley and chives (or onions).
Pour egg mixture evenly in each muffin tin.
Bake for 15-18 minutes or until golden brown on top and cooked through the middle.
Posted by Intelliblog at 19:25 1 comments 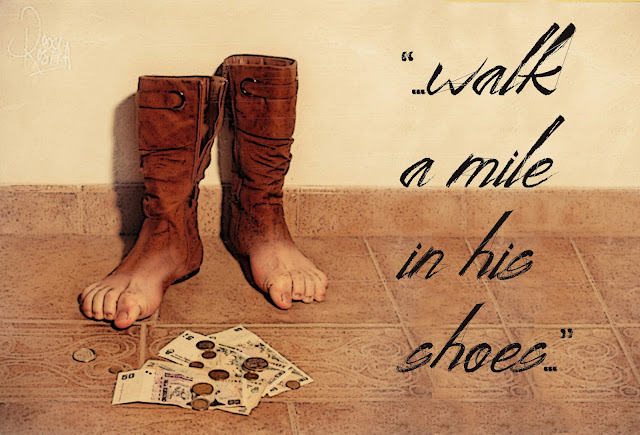 “Just walk a mile in his moccasins
Before you abuse, criticize and accuse.
If just for one hour, you could find a way
To see through his eyes, instead of your own muse.”
– poem excerpt from “Judge Softly” by Mary T. Lathrap, 1895

This week in Poets United the Midweek motif is “Shoes”. The origin of the English idiom “Before you judge a man, walk a mile in his shoes.” is given above. My poem below:

Walk in His Shoes

It’s easy to dismiss the homeless man as lazy,
A good-for-nothing shirker of responsibility.
He is the foolish grasshopper who now freezes in Winter,
Because he sang all Summer long, isn’t he?
While we, industrious ants, were working hard…

He sits in a large carton, wrapped in an old, dirty blanket
While his breath condenses into tiny snowflakes.
He trembles and his eyes stare vacantly into the night,
While passers-by (few that they are) ignore him
Wrapped as they are in furs, woolen coats, warm boots.

He knows their thoughts and he’s given up hoping
For a few coins, that would buy him something hot to eat.
Way out beyond hope is the expectation of a kind word,
Someone who’s willing to stop and acknowledge him,
And his wretched existence as a fellow human.

The wind howls and the people rush to catch the train home,
Tonight is no night for laggards, there is no promenading.
The homeless man feels his teeth chattering as the sharp razor
Of the midwinter cold slices through him, freezing his heart
(Does he still have one? – He wonders).

A man and his son stop in front of him and the father drops some money
Into the empty tin the homeless one has forgotten beside his carton.
As the vagrant warmly smiles, the son frowns and admonishes his father:
“Our teacher said to not give money to bums; that sort of thing encourages them,
And they only spend it on booze, and the problem multiplies…”

The father looks at the son, surprised, and says calmly:
“Before you judge a man, walk a mile in his shoes, Son...”
The son look askance at the homeless man, who shifts in his carton
Revealing his bare, dirty, bluish, freezing feet;
“Ha! Look he has no shoes; no doubt he spent the money on liquor.”

The father looks at his son’s warm boots and says:
“Take off your boots and give them to this barefoot man.
Then judge him when you’ve walked home on your naked feet,
Trudging that long mile through icy puddles, mud and dirty water…” 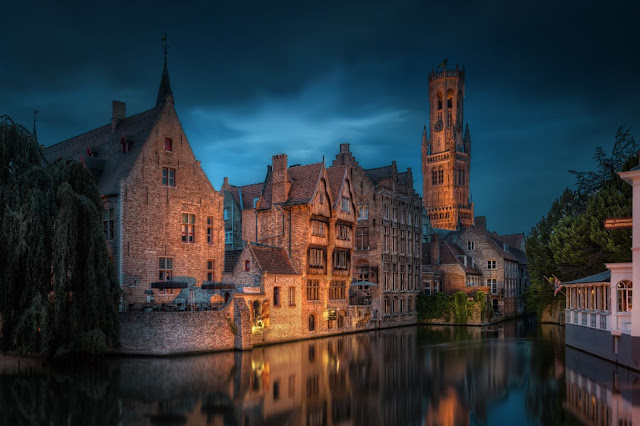 Bruges (Dutch: Brugge) is the capital and largest city of the province of West Flanders in the Flemish Region of Belgium, in the northwest of the country. The area of the whole city amounts to more than 13,840 hectares, including 1,075 hectares off the coast, at Zeebrugge (from Brugge aan zee meaning “Bruges by the Sea”).

Along with a few other canal-based northern cities, such as Amsterdam, it is sometimes referred to as The Venice of the North. Bruges has a significant economic importance thanks to its port and was once one of the world’s chief commercial cities. Bruges is well known as the seat of the College of Europe, an elite university institute for European studies regarded as “the EU’s very own Oxbridge.”

Bruges has most of its medieval architecture intact, making it one of the most well-preserved medieval towns in Europe. The historic centre of Bruges has been a UNESCO World Heritage Site since 2000. Many of its medieval buildings are notable, including the Church of Our Lady, whose brick spire reaches 122.3 m, making it one of the world's highest brick towers/buildings. The sculpture Madonna and Child, which can be seen in the transept, is believed to be the only of Michelangelo’s sculptures to have left Italy within his lifetime.

Bruges’ most famous landmark is its 13th-century belfry, housing a municipal carillon comprising 48 bells. The city still employs a full-time carillonneur, who gives free concerts on a regular basis.