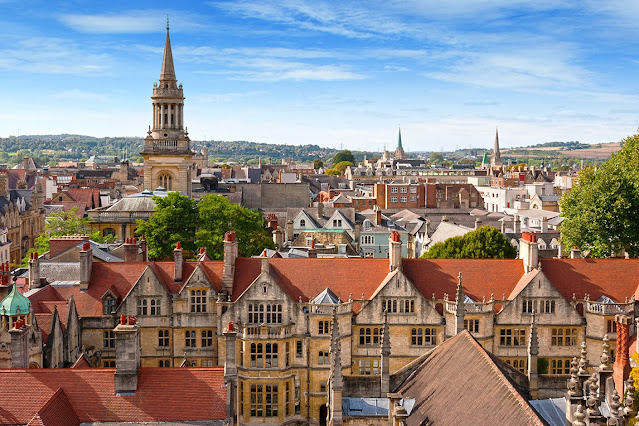 “A University should be a place of light, of liberty, and of learning.” - Benjamin Disraeli

Oxford is a city in the South East region of England and the county town of Oxfordshire. With an estimated 2015 population of 168,270, it is the 52nd largest city in the United Kingdom, and one of the fastest growing and most ethnically diverse. The city is situated 92 km from London,111 km from Bristol, 105 km from both Southampton and Birmingham and 40 km from Reading.

The city is known worldwide as the home of the University of Oxford, the oldest university in the English-speaking world. Buildings in Oxford demonstrate notable examples of every English architectural period since the late Saxon period. Oxford is known as the “city of dreaming spires”, a term coined by poet Matthew Arnold. Oxford has a broad economic base. Its industries include motor manufacturing, education, publishing and a large number of information technology and science-based businesses, some being academic offshoots.
This post is part of the Our World Tuesday meme,
and also part of the Ruby Tuesday meme,
and also part of the Wordless Wednesday meme.

Click here to enter
Posted by Intelliblog at 02:47 2 comments