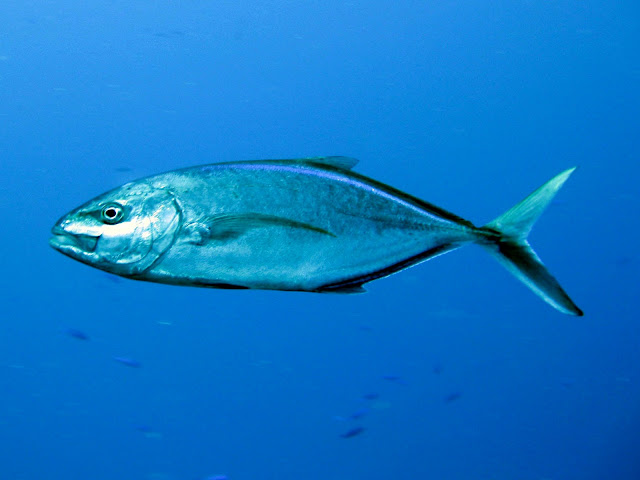 “There’s a fine line between fishing and just standing on the shore like an idiot.” - Steven Wright

Jack, any of numerous species of fishes belonging to the family Carangidae (order Perciformes). The name jack is also applied collectively to the family. Representatives can be found in temperate and tropical portions of the Atlantic, Pacific, and Indian oceans and occasionally in fresh or brackish water. Although body size and shape vary greatly among jacks, many of the more than 150 species are characterised by laterally compressed bodies, a row of enlarged scales (scutes) along the side near the tailfin, small scales resulting in a smooth appearance, and a deeply forked tail. Many have a bluish green, silvery, or yellowish sheen on the body.

Jacks are important commercially and are favoured sports fishes. Some of the most popular marine game fishes are the amberjacks (genus Seriola), which are found worldwide. The greater amberjack (S. dumerili) of the tropical Atlantic is one of the largest members of the jack family, often attaining lengths of 1.8 m. The genus Caranx includes several species of smaller but popular game fish, such as the crevalle jack (C. hippos) of warm Atlantic waters and the yellow jack (C. bartholomaei), which frequents warm Atlantic waters and is noted for its golden-yellow sides and fins.

“The ultimate weakness of violence is that it is a descending spiral, begetting the very thing it seeks to destroy. Instead of diminishing evil, it multiplies it. Through violence you may murder the liar, but you cannot murder the lie, nor establish the truth. Through violence you may murder the hater, but you do not murder hate. In fact, violence merely increases hate. So it goes. Returning violence for violence multiplies violence, adding deeper darkness to a night already devoid of stars.”
Martin LutherKing Jr 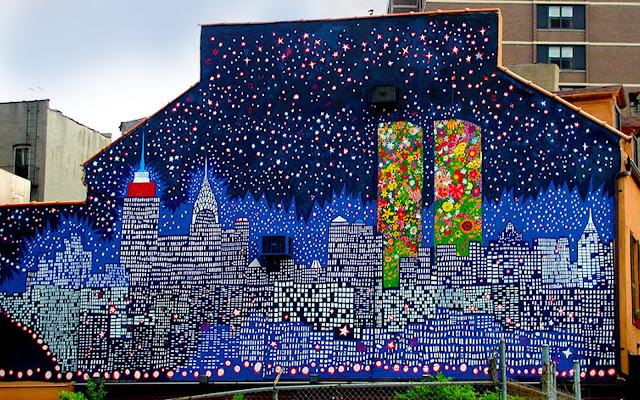 On this anniversary of 9/11, the violent terrorist act that claimed the lives of 3000 or so innocent victims still haunts the memory of all people around the world who believe that non-violent means for achieving a change for the better is the only means that befits a rational, humane and thinking human being. September eleven still horrifies and disturbs all human beings who have a pure heart.

We visited Ground Zero when we were in New York City in 2003 and we were speechless with emotion and awestruck by the terrible sights we saw, the stories we heard, the people we met, the things we read... No photograph can convey the desolation of the place and the plight of both those lost and those that survived them. And yet the cross made of rusty iron girders, the exhibit in St Paul’s Chapel and the mural that we saw nearby are deep and heart-felt memorials to those involved in the tragedy.

Posted by Intelliblog at 02:22 3 comments