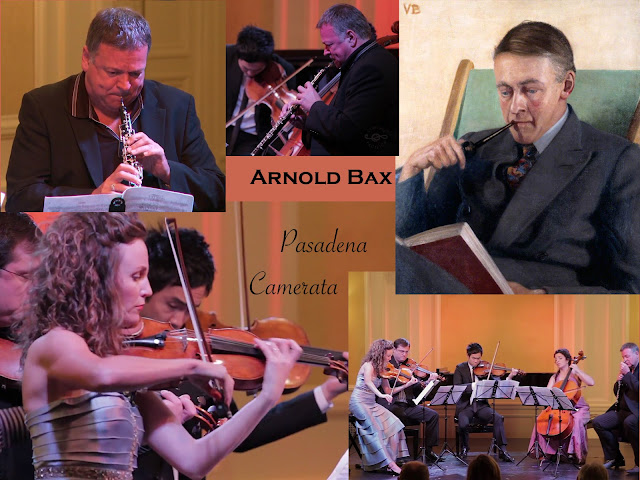 “The trouble with music appreciation in general is that people are taught to have too much respect for music they should be taught to love it instead.” - Igor Stravinsky

Bax was born in the London suburb of Streatham to a prosperous family. He was encouraged by his parents to pursue a career in music, and his private income enabled him to follow his own path as a composer without regard for fashion or orthodoxy. Consequently, he came to be regarded in musical circles as an important but isolated figure. While still a student at the Royal Academy of Music Bax became fascinated with Ireland and Celtic culture, which became a strong influence on his early development. In the years before the First World War he lived in Ireland and became a member of Dublin literary circles, writing fiction and verse under the pseudonym Dermot O'Byrne. Later, he developed an affinity with Nordic culture, which for a time superseded his Celtic influences in the years after the First World War.

Between 1910 and 1920 Bax wrote a large amount of music, including the symphonic poem Tintagel, his best-known work. During this period he formed a lifelong association with the pianist Harriet Cohen – at first an affair, then a friendship, and always a close professional relationship. In the 1920s he began the series of seven symphonies, which form the heart of his orchestral output. In 1942 Bax was appointed Master of the King's Music, but composed little in that capacity.

In his last years he found his music regarded as old-fashioned, and after his death it was generally neglected. From the 1960s onwards, mainly through a growing number of commercial recordings, his music was gradually rediscovered, although little of it is heard with any frequency in the concert hall. In more recent years, Bax’s music has been (re-)discovered enthusiastically by a new generation via online distribution services such as YouTube.

Here is his Quintet for Oboe & Strings performed by the Camerata Pacifica (Nicholas Daniel, Catherine Leonard, Ara Gregorian, Richard O'Neill & Ani Aznavoorian). Bax composed the Quintet for Oboe and Strings in the closing months of 1922, on the heels of his First Symphony. At the time, a piece for such forces was unusual; surely, Bax was inspired to write the Oboe Quintet by the playing of the famous oboist, Louis Goossens, to whom the composer dedicated the piece. This was quite an honour for the young Goossens.
1. Tempo molto moderato - Allegro moderato - Tempo primo
2. Lento espressivo
3. Allegro giocoso - Più lento - Vivace
Posted by Intelliblog at 20:01 0 comments 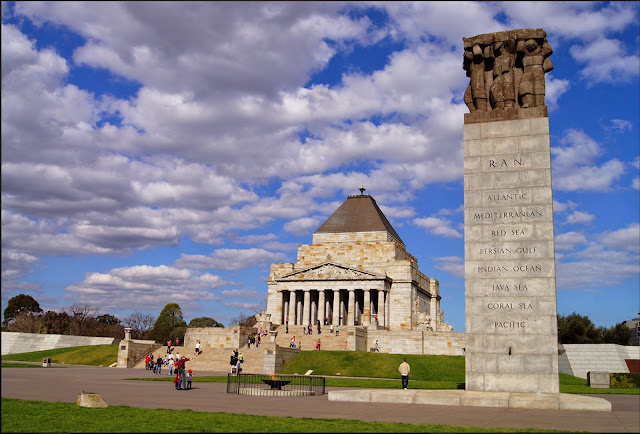 “What you leave behind is not what is engraved in stone monuments, but what is woven into the lives of others.” - Pericles

The Shrine of Remembrance is Victoria’s largest and most visited war memorial and is probably Melbourne’s most recognised landmark. It is a permanent and lasting memorial to the ANZAC spirit and acknowledges those who served and those who died in the Great War of 1914-1918 and armed conflicts and peacekeeping duties since. The Shrine is located on Melbourne’s most famous boulevard, St Kilda Road, just south of the Melbourne central business district.

Designed by architects Phillip Hudson and James Wardrop who were both World War I veterans, the Shrine is in a classical style, being based on the Tomb of Mausolus at Halicarnassus and the Parthenon in Athens. Built from Tynong granite, the Shrine originally consisted only of the central sanctuary surrounded by the ambulatory.

The Shrine went through a prolonged process of development, which began in 1918 with the initial proposal to build a Victorian memorial. Two committees were formed, the second of which ran a competition for the memorial’s design. The winner was announced in 1922. However, opposition to the proposal (led by Keith Murdoch and The Herald) forced the governments of the day to rethink the design, and a number of alternatives were proposed, the most significant of which was the ANZAC Square and cenotaph proposal of 1926.

In response, General Sir John Monash used the 1927 ANZAC Day march to garner support for the Shrine, and finally won the support of the Victorian government later that year. The foundation stone was laid on 11 November 1927, and the Shrine was officially dedicated on 11 November 1934.

Anzac Day is a national day of remembrance in Australia and New Zealand that broadly commemorates all Australians and New Zealanders “who served and died in all wars, conflicts, and peacekeeping operations” and “the contribution and suffering of all those who have served.” Originally 25 April every year was to honour the members of the Australian and New Zealand Army Corps (ANZAC) who fought at Gallipoli in the Ottoman Empire during World War I. Anzac Day is also observed in the Cook Islands, Niue, Pitcairn Islands, and Tonga.
Lest we forget...

This post is part of the Our World Tuesday meme,
and also part of the Wordless Wednesday meme.
Posted by Intelliblog at 03:57 4 comments