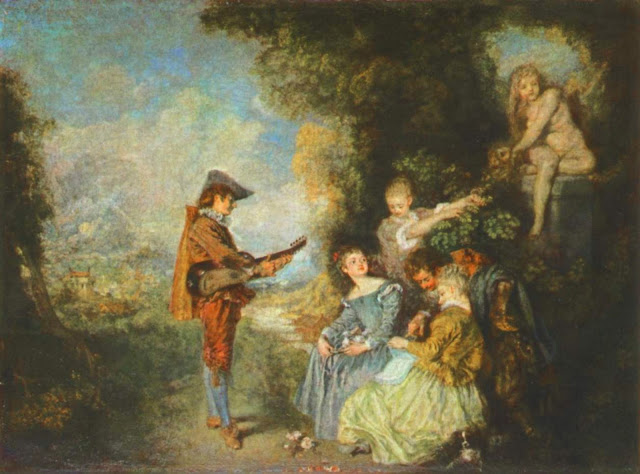 Jacques Aubert (30 September 1689 – 19 May 1753), also known as Jacques Aubert le Vieux (Jacques Aubert the Elder), was a French composer and violinist. Aubert was born in Paris and became a student of Jean Baptiste Senaillé. His first position was as violinist in the service of the Prince of Condé. Thereafter he was a member of the Vingt-quatre Violons du Roy.

From 1728 to 1752, he was the first violinist at the Paris Opéra. He regularly and successfully appeared for a dozen years beginning in 1729 at the Concert Spirituel with, among other works, concertos for violin and orchestra of his own composition.

Together with Jean-Joseph Cassanéa de Mondonville and Jean-Marie Leclair, Aubert brought the zest of Italian violin virtuosity into the French musical fare of their time. He died in Belleville. As well as instrumental music, Aubert composed operas and ballets.

Here are some Concertos & Concerts de Simphonies by Aubert, performed by Le Carillon and Collegium Musicum 90.
Posted by Intelliblog at 16:58 0 comments